Joey Votto, Wade Boggs and Bob Costas describe how Ted Williams was a baseball god, and how he was obsessed with the perfect swing.

STREAM WITH PASSPORT
Ted Williams
About the Master 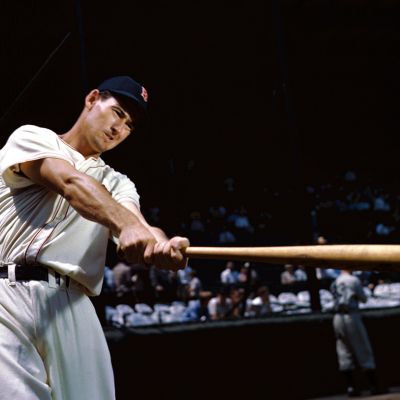 Everyone was on the edge of their seat, you'd be a murmur in the crowd because he was electric. You just didn't know what was gonna happen.

He was like a Bengal tiger, this beautiful animal that was so captivating but dangerous at the same time.

If I had met Jesus Christ himself I couldn't have been more overwhelmed was like being in the presence of the deity.

He was almost a Godlike figure.

He really studied his game.

He was a master.

They loved putting on a show.

To look at him, is gorgeous, it was a beauty to watch.

He loved his swing, he had a beautiful swing.

His swing was a work of art.

His bat being the brush and Fenway Park is the canvas.

What he said himself was that his only desire was to walk down the street and have people say,' 'There goes the greatest hitter who ever lived.'

He took that one aspect of baseball and perfected it.

Baseball holds out the possibility of perfection and keep hitting the game never ends, so it's out there.

He was so focused on what he wanted to do and it was to the exclusion of everything else.

He was obsessed with hitting.

Everything about him is interesting in this gnarled difficult way and he was that way himself. What's the matter with him?

What you constantly ask about that, 'What's wrong with this guy?'

What a weirdo. What a great hitter.