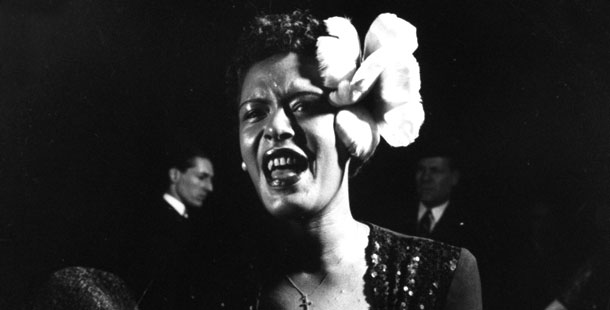 The mesmerizing performance from Academy Award-nominated actress and singer Andra Day in “The United States Vs. Billie Holiday” has revived interest in the hauntingly beautiful and controversial song “Strange Fruit,” which Holiday first popularized in the late 1930s. The film details the numerous ways in which the US government terrorized the singer over her performances of the song right up until her untimely death in 1959, but it does not cover the unusual origins of the song, which was originally written as a poem by a Jewish American teacher from the Bronx, who was also a member of the Communist party.

Abel Meeropol, a son of Russian Jewish immigrants, taught English at Dewitt Clinton High School in the Bronx for 17 years before turning to music and motion pictures, writing under the pen name Lewis Allan. Meeropol was very disturbed by the persistence of systemic racism in America and was motivated to write the poem “Bitter Fruit” after seeing a photo depicting the lynching of two Black teens in Indiana in 1930. The poem was published in the journal The New York Teacher in 1937, and again later published in the Marxist journal, The New Masses, before Meeropol decided to turn the poem into lyrics and set it to music.

After that, Meeropol began to perform the song at several protest rallies and venues around the city along with his wife and African American singer Laura Duncan. The song first came to Holiday’s attention when she was working at New York’s first integrated nightclub, Café Society in Greenwich Village. Holiday was hesitant at first to sing it because she didn’t want to politicize her performances, and was (rightfully) concerned about being targeted at her performances. But the positive audience responses and frequent requests for “Strange Fruit” soon prompted Holiday to close out every performance with the song. Ahead of time, the waiters would stop serving so there was a deathly silence in the room, then a spotlight would shine on Holiday’s face and she would begin to sing:

Each night, Holiday would perform the song only once, without an encore, after which the lights would go out. Not everyone was impressed. Some of the cafe’s patrons promptly stood up and walked out as she began to sing it, but the power and audacity of the performance wowed others in the crowd.

Holiday later approached her regular record label, Columbia, about recording the song, but was told they didn’t want to take the risk of backlash. So, she went instead with independent jazz label Commodore Records who recorded the song with Holiday and the Café Society Band in 1939.

Despite strong resistance, especially from radio stations in the South who refused to play “Strange Fruit,” the song rose in the charts, eventually selling 1 million copies to become the best selling record of Holiday’s career.

It became known as a powerful protest anthem that irked the conservative US government at a time when it was starting to crack down on suspected communists in the entertainment industry and beyond. The response was swift, especially once the racist Federal Bureau of Narcotics commissioner Harry Anslinger decided to make it his mission to destroy the singer and shut down her message about segregation and racism. After Holiday refused to stop performing the song at Anslinger’s request, he had agents from his department sell her heroin to frame her. She was sent to prison for more than a year, and was stripped of her cabaret performer’s license by authorities upon her release in 1948, essentially ending her nightclub career.

Holiday continued to perform at concert venues, including Carnegie Hall, but haunted by her violent childhood, eventually succumbed once again to drug use. She was hospitalized in 1959 with heart, lung and liver problems developed from years of alcohol and drugs consumption. Determined to carry out his retribution to the end, Anslinger sent his agents to the hospital in New York to handcuff Holiday to the gurney and forbade doctors to provide her with further treatment. She died several days later on July 17, 1959 at the age of 44.

“Strange Fruit” remains one of Holiday’s most popular and well-known recordings. It was named “Song of the Century,” by Time in 1999 and was included in the National Recording Registry on January 27, 2003. It has also been covered by many artists over time, including Nina Simone, Herbie Hancock, Dee Dee Bridgewater, and Jeff Buckley. Holiday was also posthumously awarded the Grammy Lifetime Achievement Award in 1987 and was inducted into the Rock and Roll Hall of Fame in 2000. 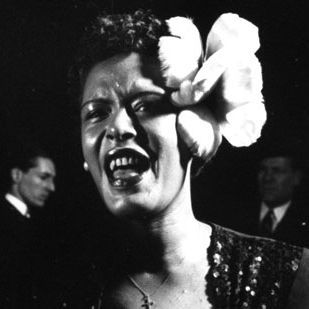