1919 (Dec. 30) — Tyrus immigrates to the U.S. under the paper name of Look Tai Yow (or Yu) on the S.S. China with his father, whose paper name was Look Get. Tyrus arrives at Angel Island and is detained for a month.

1926 — At the suggestion of Paul Wong, Tyrus moves to Pasadena and lives in a boarding house adjacent to the Methodist Episcopal Chinese Mission. There, he attends Benjamin Franklin Jr. Middle School and is placed in a special class to learn English. He is also enrolled in a lettering class where a teacher notices Tyrus’ artistic talents.

1928 — Tyrus begins studies at the Otis Art Institute on a summer scholarship. He returns to live with his father in a men’s boarding house on Ferguson Alley in Los Angeles’ Old Chinatown.

1930s — Tyrus exhibits his work regularly, especially with a group known as the California Orientalists.

1932 — Tyrus exhibits an etching in the First International Exhibition of Etching and Engraving at the Art Institute of Chicago along with numerous other artists, including Picasso, Klee, Kandinsky and Matisse.

1935 (Aug. 29) — Tyrus’ father passes away from complications due to diabetes and is buried at the Chinese Cemetery in East Los Angeles.

1936 — Tyrus is hired as an artist under the Federal Arts Project, receiving $94 per month.

1941 — Tyrus is hired by Warner Bros. as a production illustrator, where he will remain until 1968.

1950s — Tyrus works as a Christmas card designer while continuing his work for Warner Bros.

2001 — Tyrus is inducted as a Disney Legend by Disney Studios

1935 (Sept. 17) — The Beggar wins the Annual Honor Award of the Foundation of Western Art.

1938 — Tyrus receives the Merit Award from the Foundation of Western Art.

1943 — Tyrus receives the Service Award for his work on behalf of Art for National Defense.

2010 (May 8) — Tyrus receives the Otis Alumni Achievement Award at the Beverly Hilton.

2014 (Nov) — Tyrus receives the Lifetime Achievement Award from the Museum of Chinese in America.

NOW STREAMING
Tyrus
About the Master 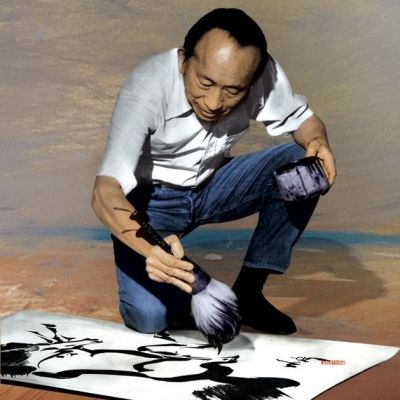 My job is, you know, to to paint as many sketches as I could set in an atmosphere.

Early in the morning when, you know, it's very foggy. You see snow, and then the fire.

Because it is so impressionistic, his use of light and his use of softness helps you focus on the characters, who are by nature - drawn on cells - sharp.

His use of color was very adventurous. He was using color to really raise the emotional stakes of what was going on in the story.

“Migrant Mother” Photo Series at the Library of Congress
Inspiring Women
Frederic Remington: The Truth of Other Days
Augustus Saint-Gaudens
The Boomer List
Andre Kertész of The Cities