Will Rogers was a ranch hand, rodeo rider, vaudeville performer, film star, columnist and author, radio personality, pioneer of aviation, tireless master of ceremonies, friend to presidents, and unofficial ambassador of good will under three administrations. 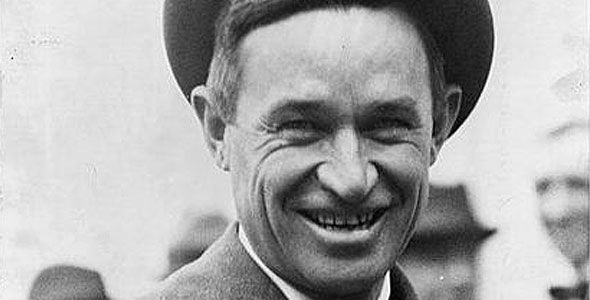 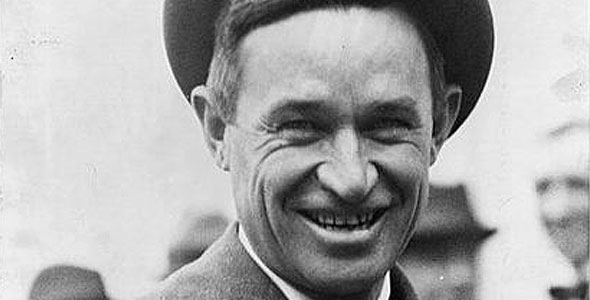 H.L. Mencken called him “the most dangerous writer alive.” Damon Runyan dubbed him “America’s most complete document.” And Franklin D. Roosevelt credited him with bringing his fellow Americans “back to a sense of proportion.” He was a ranch hand, rodeo rider, vaudeville performer, film star, columnist and author, radio personality, pioneer of aviation, tireless master of ceremonies, friend to presidents, and unofficial ambassador of good will under three administrations. He was Will Rogers, and during his lifetime he was the single most popular and beloved man in America.

Will Rogers was born into a well-to-do ranching family on November 4, 1879 in Indian Territory (now Oklahoma). Part Cherokee, Rogers associated at once with both the native Americans and the settlers to which he belonged. As a young man, Rogers’ precocious and intelligent nature often got him into trouble. He switched from school to school until setting off in his late teens to travel and find employment. His early years on the ranch had trained him well and before long he found work in a number of traveling Wild West Shows.

In 1905 he took his lasso act to vaudeville, where he could perform amazing technical feats. More than his technical proficiency (which is still considered one of the greatest off all time) it was his charm and humor on stage that caught people’s attention. While spinning a rope he began to make off-the-cuff remarks about the major questions of the day. Often self-deprecating, Rogers played himself off as an everyman without manners or learning, but with old-fashioned good sense. As vaudeville changed and became less for the family crowd, Rogers’ drawl and homely musings seemed all the more charming.

Throughout the 1910s, Rogers took his act to the stage, making his Broadway debut in THE WALL STREET GIRL (1916). Though his success on the stage was formidable, his true fame came with the moving picture. Appearing in dozens of silent films, Rogers played roles of the country bumpkin or workingman trying to get along in the all-too-complicated modern world. During this time, Rogers began to write regular columns for The Saturday Evening Post and for newspapers around the country. His insights into the events of the day were often guided by a longing for a slower, happier, more moral American past. He saw the advances of industry and politics as unimportant when compared with the everyday life of the farmer or ranch hand.

The 1910s and 1920s were a time of drastic change in American society and for the many who felt left behind by these changes, Will Rogers became a poignant reminder that they were not alone. His distrust of the wealthy, the politicians, and even the Hollywood elite endeared him to millions of Americans who went to all of his films and checked daily for his short epistles on the state of the nation. By 1930 he had written a number of best selling books including THE COWBOY PHILOSOPHER ON PROHIBITION (1919), THERE’S NOT A BATHING SUIT IN RUSSIA (1927), and WIT AND PHILOSOPHY FROM THE RADIO TALKS OF AMERICA’S HUMORIST (1930). Though he could no longer play the same naive character of earlier years, he began to appear in films as a straight-talking doctor or judge with the same moralistic wit.

Among the great achievements of his later years are the three films he made with John Ford — DOCTOR BULL (1933), JUDGE PRIEST (1934), and STEAMBOAT ROUND THE BEND (1935). After the filming of STEAMBOAT ROUND THE BEND, Rogers took off on an expedition to Alaska. His life-long interest in airplanes and the frontier had brought him around the world and into contact with millions, but this trip was to be his last. On August 15, 1935 his plane went down in Point Barrow, Alaska. Shocked by the news, a nation mourned, but was soon caught up in the events of World War II and a modern era that wanted its heroes to look toward the future and not the past. Though remembered primarily for his rope-work and quick wit, Rogers remains the quintessential example of the great and patriotic American. 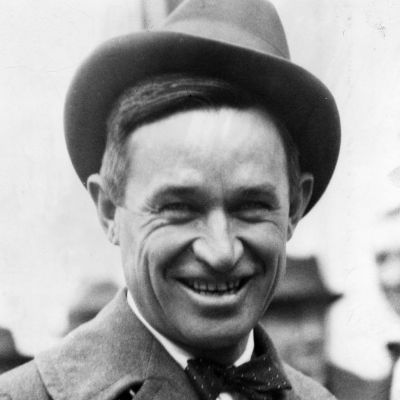 Betty White talks about funny women in comedy history
Milos Forman: Portrait
Gregory Peck: A Conversation with Gregory Peck
Rita Moreno: Just a Girl Who Decided to Go For It
Waldo Salt: A Screenwriter's Journey
A Letter to Elia