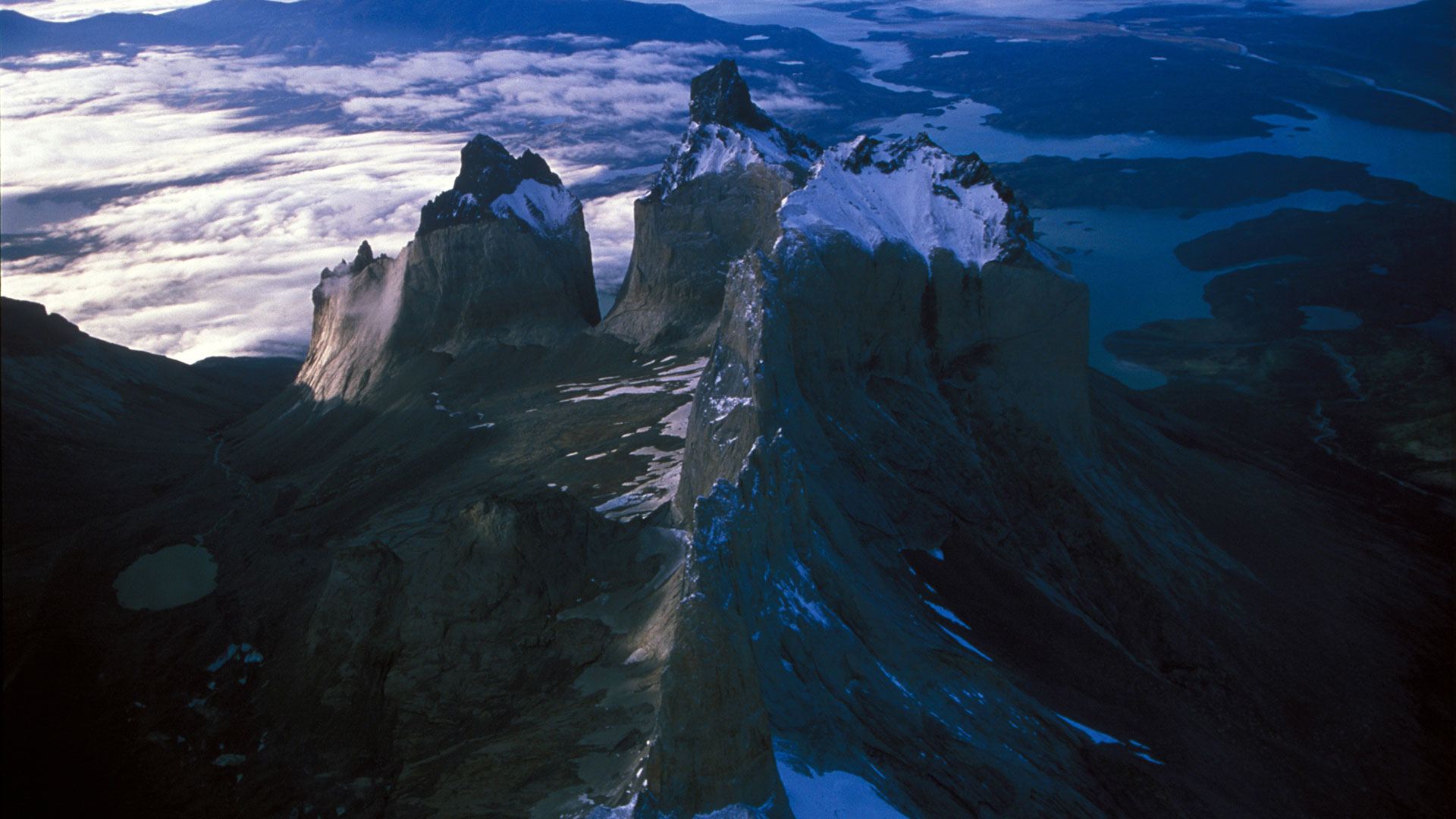 The formation of a sliver of land between two massive continents sounds small in the context of the Earth’s entire geological record. But the emergence of the Isthmus of Panama three million years ago had dramatic effects on life on the planet. The land strip, or bridge, brought the previously isolated North and South American land faunas together, while separating the waters of the Atlantic and Pacific Oceans. The result was major changes in biodiversity, ocean circulation, and climate.

For tens of millions of years, North America and South America remained separated by thousands of miles of ocean. Without the existence of Central America to join the two continents, the flowing waters of the Atlantic and Pacific Oceans kept the continents, and their terrestrial creatures, apart.

Scientists believe that over fifty million years ago geological processes taking place under the oceans’ surfaces changed all of this. It was at this time that two of the Earth’s oceanic plates, the Pacific Plate and the Caribbean Plate, slowly started to move together. The collision of the plates resulted in a lifting of the seafloor until eventually some parts of the seafloor rose above sea level. The buildup of pressure and heat from the collision caused the formation and continual eruptions of underwater volcanoes

Around 15 million years ago, the effects of the volcanic explosions and rising seafloor led to the emergence of the first islands between the two continents. The islands continued to rise to the ocean’s surface until, about nine million years ago, Central America started to resemble an archipelago, or a chain of islands. Paleontologists believe that the formation of the Central American island system allowed some of the larger mammals of the time to begin a species exchange between the two continents. Smaller mammals, called “island hoppers” had already made it to South America from Australia and Asia, during the 30 million years of the continent’s geographic isolation. Scientists believe it was perhaps their ability to swim that allowed them to migrate. These early explorers include the primates which gave rise to the New World monkeys, such as howler monkeys, marmosets, capuchins, woolly monkeys and spider monkeys and rodents such as the capybara, the agouti, the coypu, the cavy (Guinea pig) and the chinchilla.

The archipelago enabled these first explorers to walk most of the way and swim the short stretches of water in between. Gomphotheres, extinct relatives of the elephant, reached South America from North America 10 million years ago. Tapirs and camels made the journey a few million years later. South America’s giant ground sloths, or Megatherium, reached North America around 8 million years ago. The giant ground sloth, which reached up to 29 feet tall when standing upright on its hind legs, was the largest and heaviest of all land mammals but was also a good swimmer. Scientists estimate the creature swam about 40 miles to reach the new continent during its migration.

Over the next few million years, sediment from North and South America settled between the islands, filling in the gaps between the land masses with mud, sand and silt. When the gaps were filled, about 3 million years ago, the Isthmus of Panama was complete. This sliver of land would bring about monumental change, not only in the biodiversity of the flora and fauna of each continent, but by blocking the passage of water between the Atlantic and Pacific oceans, the bridge would help establish the global ocean circulation pattern and change the Earth’s climate.

The Isthmus became a land bridge that led the Great American Biotic Interchange, a mass migration of terrestrial species between the Americas. The species exchange worked in both directions. A few species that had evolved in South America migrated north. The anteater, porcupine, opossum and armadillo eventually became established in both North and South America.

The migration may have involved both continents, but the effects wouldn’t be felt evenly. Though some of the new arrivals to South America such as horses survived only for a brief period the majority of migrants from the north were quite successful. Deer, camels, raccoons, tapirs, mastodons, bears, peccaries, rabbits, shrews, cats, dogs, weasels and rodents, all invaders from the North, did well on the new continent, displacing many of the native South American species and driving many of these to extinction. In fact, the camel family has given rise to the very successful and widespread vicunas, guanacos, alpacas and llamas of South America. And some scientists suggest that climate change, rather than species shortcomings, may have been responsible for the eventual extinction of the horse in South America.

Current evolutionary theory has considered why the invasion of South America by North American animals was a disaster for many of the animals there. Scientists suggest that the mammals of South America had been evolving independently and with little competition for millions of years, in their relatively isolated continent. Paleontologists believe the North American species prevailed because they originated from a bigger landmass, once linked with Eurasia and Africa, and so many more evolutionary lines could be developed and tested in many more ecological niches. They suggest that South American animals were insular, and so, inferior survival-wise to their North American counterparts.

Though the formation of the Panamanian land bridge and the introduction of exotic species would drive some species to extinction, it would be humans who would ultimately exert the most disastrous effects on animals. When and how humans spread throughout the Americas is a hotly debated topic in paleoanthropology. There are many theories but some scientific findings suggest that a race of humans did come over the Siberian land bridge around 12,000 years ago and spread across North America and southward into South America via the Panamanian land bridge near 10,000 years ago. Once they arrived, humans hunted Ice Age megafauna such as giant sloths, short-faced bears, mammoths, and saber-toothed cats. And eventually, according to archeological and fossil evidence, these ancient hunters would be responsible for their extinction.