Anthony was brought to “Keepers of the Wild” animal sanctuary as a sick cub after being auctioned off in Virginia, and Riley was rescued by Arizona game and fish. Both were just over one month old when they met. Coyotes and lions are social animals, and Riley and Anthony grew quite fond of one another almost immediately. 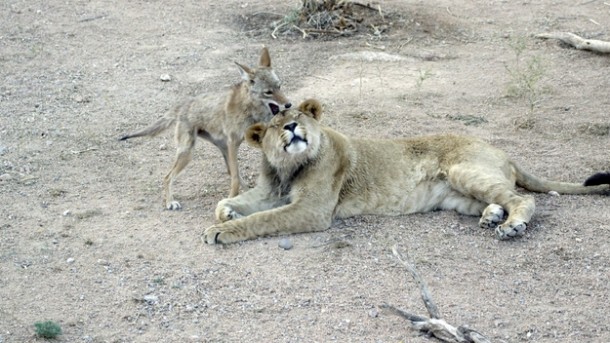 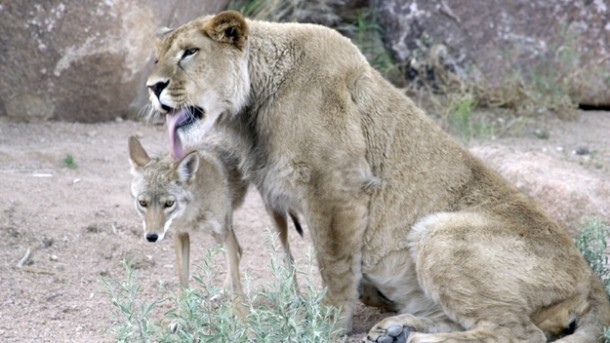 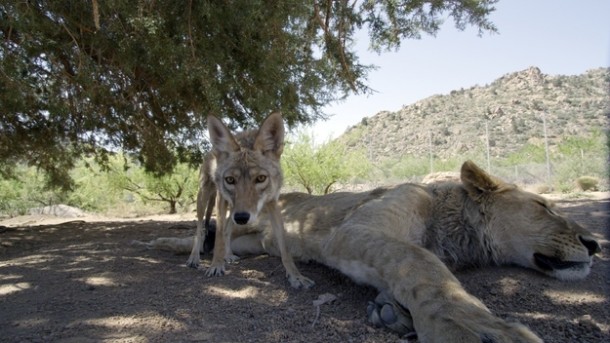 After photographer Isobel Springett, took in an abandoned fawn, it was almost immediately adopted by Springett’s Great Dane, Kate. Pip clearly feels very strongly for her canine caretaker, and even though Pip joined a herd, she still finds time to spend with Kate. 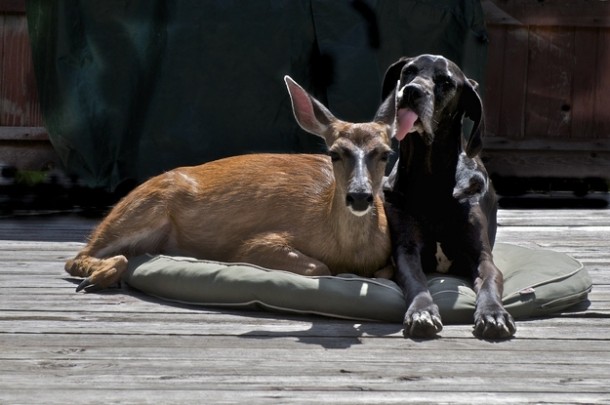 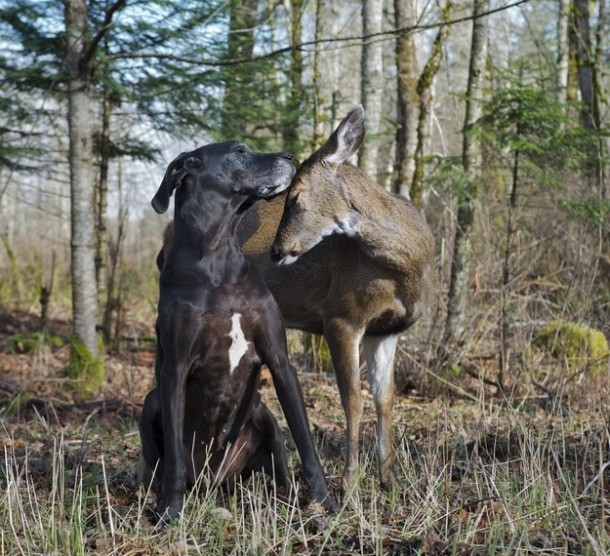 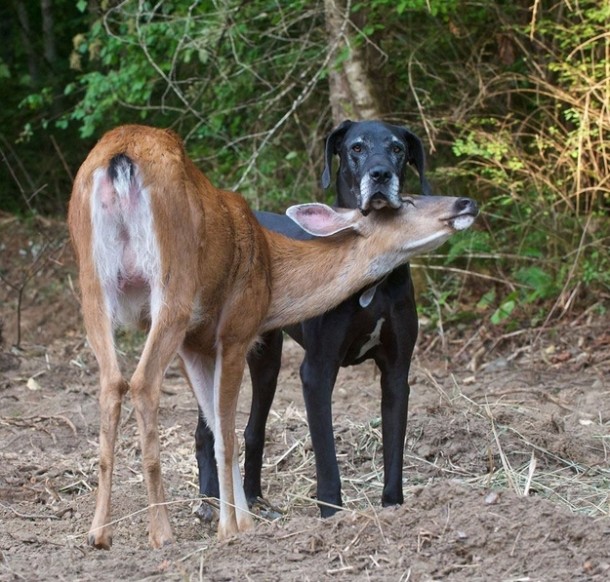 Pip and Kate love to cuddle.

Mtani the retriever and Kasi the cheetah met over one year ago at Busch Gardens theme park in Tampa, Florida. Both animals were only a few months old when they were introduced. The unlikely couple spent their earliest days together, discovering how to communicate and play with one another. 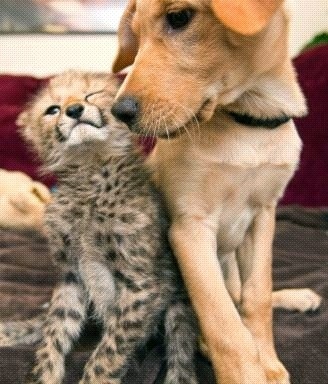 Kasi (cheetah) and Mtani (dog), have been best friends since they were little tykes. 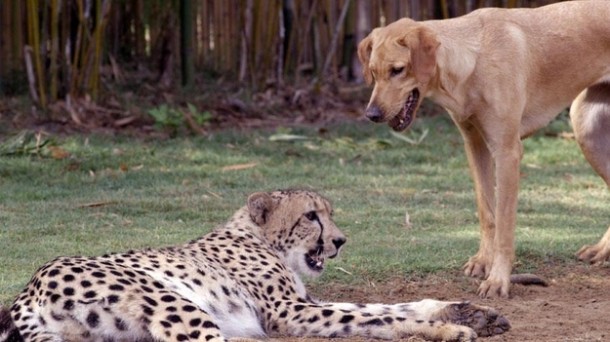 Kasi and Mtani still haven’t noticed that they are a tad different. 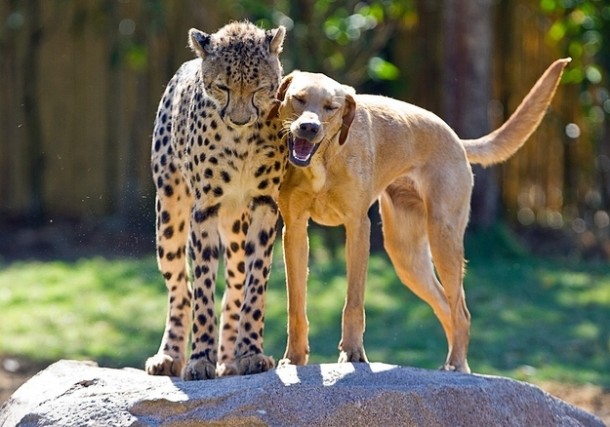 A 45-year-old female Aldabra tortoise seems to have formed an alliance with a male Brant goose, and the two are inseparable. The goose follows the tortoise everywhere, quacking at anyone who gets too close. Brant geese mate for life, and it seems that this friendship is in for the long haul. 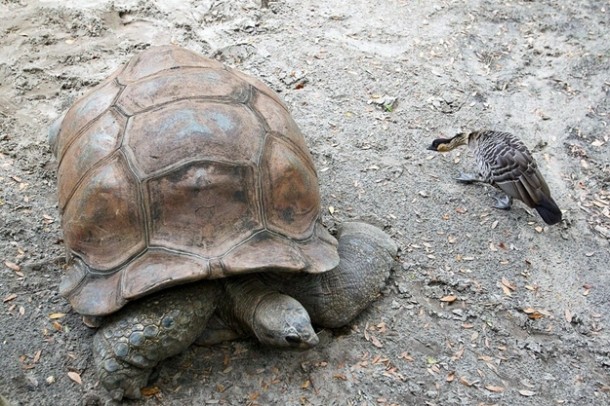 Tortoise and Goose, these two are inseparable.

Amy, a sixteen year old Sitka deer, met Ransom the golden retriever puppy when he was just 6 weeks old. Amy, whom served as a surrogate mother to hundreds of young deer, immediately took to adopting Ransom as her own. 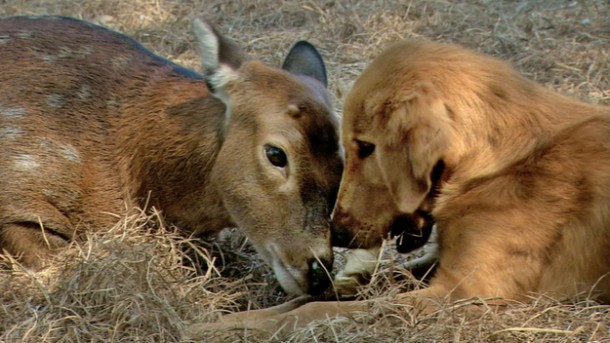 Jack, a 16-year-old goat, formed an touching relationship with Charlie, a blind 40-year-old horse. Jack essentially became Charlie’s eyes, and would lead him around the ranch property where they both lived. 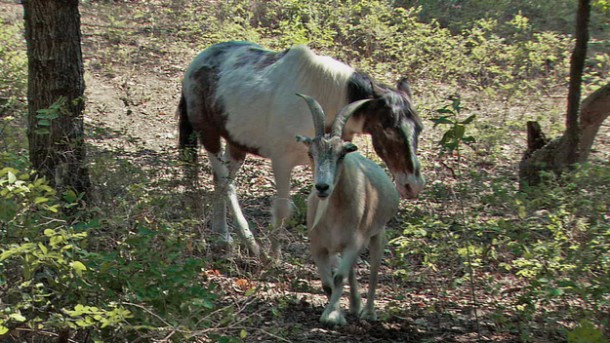 Jack (the goat) and Charlie (the horse), go for a stroll. Charlie is blind, so Jack helps him get around.