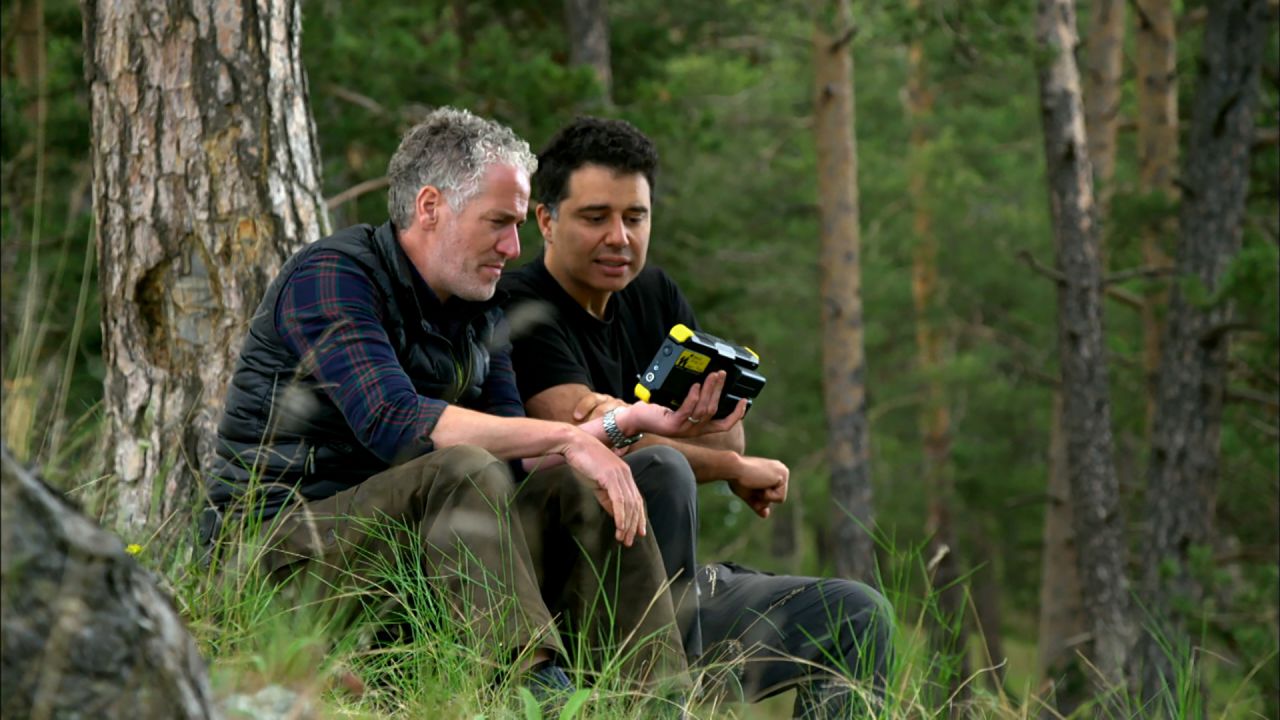 A professor of biology at the University of Utah, Cagan Sekercioglu’s research focuses on the world’s threatened biodiversity and ecosystems, especially in human-dominated landscapes. Studying the coexistence of people and animals led him to the forests of Turkey, where humans and brown bears increasingly coming into contact. The “Animals with Cameras” team worked with Cagan and his colleagues to see how these brown bears thrive in forests, which are visited frequently by people.

Tell us about the research your team is doing. Why was having this new camera access beneficial to your work?

Our team studies the threatened ecosystems of northeastern Turkey where the Caucasus and Iran-Anatolia global biodiversity hotspots meet. Turkey is the only country in the world that is almost entirely covered by three global biodiversity hotspots, but most people have no idea that is the case. In fact, most people are surprised to hear that there are brown bears, wolves and lynx in Turkey! In addition to our long-term research and conservation work on bird populations and their wetland habitats in eastern Turkey since 2003, we have been using camera traps to study forest mammals since 2006 and using satellite and GPS/GSM collars to track brown bears, wolves and lynx since 2012.

With 46 bear captures, ours is, by far, the biggest project in Turkey and we published the first paper on tracked bears in Turkey. However, observing behavior in the wild is very difficult, especially at night. These cameras revealed interesting behavior that I will analyze with my students to understand the daily routine of brown bears in Turkey.

Describe the process working with the film crew. How did you ensure the cameras fit properly and unobtrusively on the bears?

The crew was full of great people who came impressively prepared. The BBC team ended up staying for almost two months, in part because it was not easy at first to keep the camera on a bear. Fortunately, the cameras went over our existing satellite collars that are already custom-made for bears and are adjustable. The camera is attached to the battery of the satellite collar and its timer kicks in after three to five days. Then the camera drops off and the bear continues on with the satellite collar, which is programmed to drop off in one to two years. We also left enough room on the collar so it’s not tight. If the bear does not like the collar, it can take it off immediately, but most of them don’t even notice it. After all, we are talking about animals that range from 200 to 800 pounds and the several-pound weight of the camera is usually much less than their daily weight gain or loss.

Putting on the cameras was easy but keeping them on was hard initially until we perfected the design. The first BBC camera we put on Faruk was immediately broken by him and he did not even have to try hard. He was waking up from anesthesia and just touched it, as if wondering “what is this?” and snapped it right off. We had been up all night and all that effort was wasted. Optimizing the design took some experience, a lot of hard work by the highly skilled BBC engineer, and our team’s input.

What were the most surprising or interesting things the footage revealed?

The fight was fascinating, and so was the disappointing attempt at mating. The chase was breathtaking. I did not think a bear would be so determined to chase another for 45 minutes! We rarely see behaviour in the wild so it is hard to choose a favorite. Watching Faruk, already skinny after a long winter, lose his claw in a fight, then get rejected by a female and then get chased for 45 minutes in a single day made me feel a lot of sympathy for him. This is probably typical for a young male and shows you how hard their life already is without people making it worse by destroying their forest habitat and even killing them.

How will this footage help your research going forward? Will you continue to explore how new types of technology can assist in your research?

Our project in eastern Turkey is the only one in a country of 780,000 kilometers where cameras were put on bears and where such detailed bear behavior data was collected. I recently received another batch of bear camera footage and my PhD student has already started working on it. We hope to produce a scientific paper based on it and are very excited.

We also hope that the awareness generated by this documentary will lead to more support for the conservation of brown bears and their habitat in eastern Turkey, and will speed up our efforts to convince Turkey’s government to create the first wildlife corridor in the region and build highway overpasses to reduce wildlife mortality. This is one of the world’s undiscovered ecotourism havens and anything to help reduce human-bear conflict and to provide a financial incentive for local people to conserve wildlife and their habitats will be incredible.