This piece comes to us from the Wildlife Conservation Society (WCS) in honor of National Zoo Keeper Week. 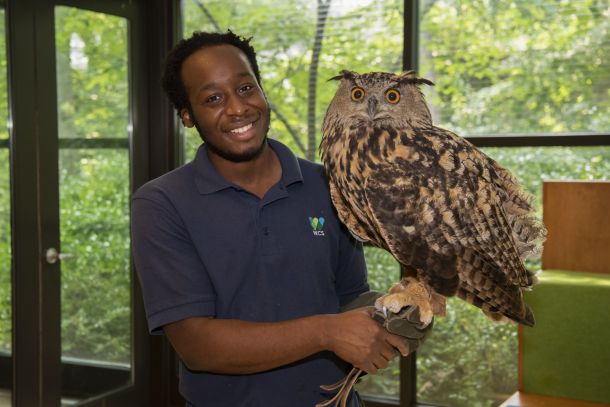 The natural world and the millions of animals that inhabit and help maintain it have always been major sources of inspiration for me. However, growing up in the heart of New York City, finding opportunities to gain immediate access to the great outdoors often proved challenging, and so I desperately latched onto every chance that presented itself.

For much of my early childhood, that included long adventures through NYC’s Central Park and later scouring the internet to try and identify all the local fauna I’d seen climbing, swimming, and soaring that day. Luckily for me, nestled in the southeastern corner of Central Park lies a place that would allow me to dramatically increase the number of species of animals I was exposed to, the Wildlife Conservation Society’s Central Park Zoo.

I vividly remember watching the mysterious snow leopards patrol their rocky, Himalayan-inspired enclosure with a speed and grace I’d previously only been lucky to see from behind a computer screen. Every visit furthered the belief that whatever I was going to do with my life, animals and the natural world were going to play a lead role. 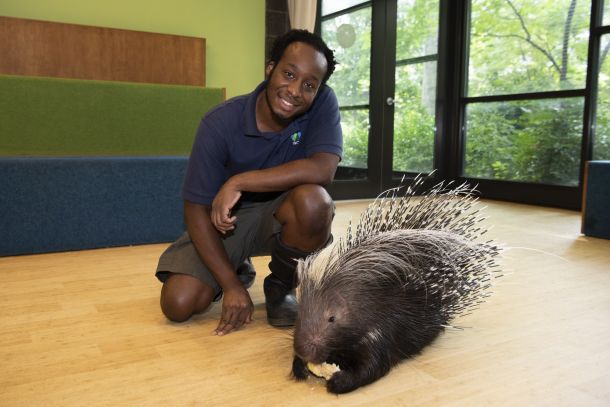 Seeing and supporting my passion for nature, my mother signed me up for school trips to visit the countries of Argentina and Peru, where I experienced Earth’s most biodiverse ecosystem in the Amazon Rainforest. The Amazon deeply impressed on me just how deceptively fragile even such an immense and powerful ecosystem can be. Deforestation and climate change ramped up extreme weather events even as many species were displaced and pushed toward extinction.

After graduating from high school I attended Wheaton College in Norton, MA, where I obtained my bachelor’s degree in biology but was also on the pre-veterinary track. After graduation, I returned to New York, where I shadowed Dr. Thomas Parker in preparation for a career in veterinary medicine. While I decided to refocus my career path toward conservation, I had developed a deep fondness for the animal care side of veterinary medicine.

While searching for a job that combined my interests in animal welfare, conservation, and more specifically spreading conservation awareness, I immediately thought back to the place that helped jumpstart my original love of animals. In 2016 I joined WCS as a seasonal worker at The Bronx Zoo’s Children’s Zoo. Instantly I was connected with like-minded individuals from all walks of life who were just as dedicated as I to caring for and preserving the natural world.

In this role, I was already able to interact with dozens of species of animals—from domestic animals like the Nubian goats and Jacobs sheep in the Children’s Zoo, to the ultra-colorful passerine birds and lepidopterans like the Blue Dacnis and Malachite butterflies of the Butterfly Garden. As seasonal workers we focused on ensuring guests left with the same feeling of awe that WCS’s zoological parks provided me as a kid. 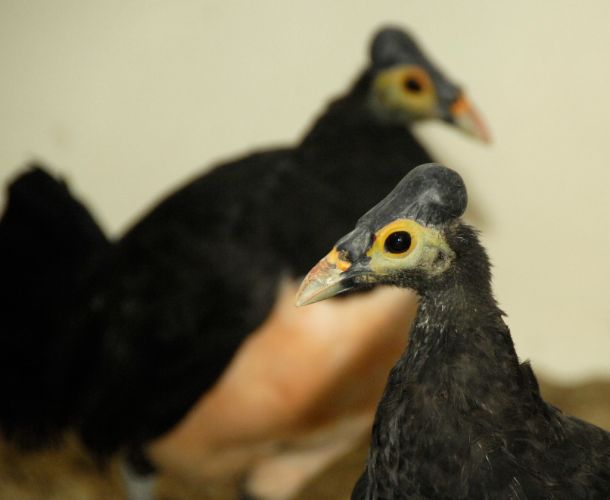 In the summer of 2017, I was fortunate to join the Bronx Zoo’s Ornithology Department as a Provisional Wild Animal Keeper. There, I worked closely with what I personally consider to be Earth’s most interesting taxa, birds. The wide range of spaces that birds utilize is awe-inspiring. They can be seen soaring far above the clouds and deep below the waves.

The Bronx Zoo’s Ornithology Department and WCS field staff have played pivotal roles in implementing the conservation efforts that have directly saved some species from extinction. Helping care for one of the charismatic volcano birds—the Maleo—has been one of the highlights of my career so far!

Just before the start of 2018, I moved to the Animal Encounters Department. It’s here that I currently work as a wild animal keeper. Although birds will always be my favorite taxa, I love the variety of animals I have the pleasure of working with each and every day, including the love of my animal life, a five-year-old clouded leopard named Riley. 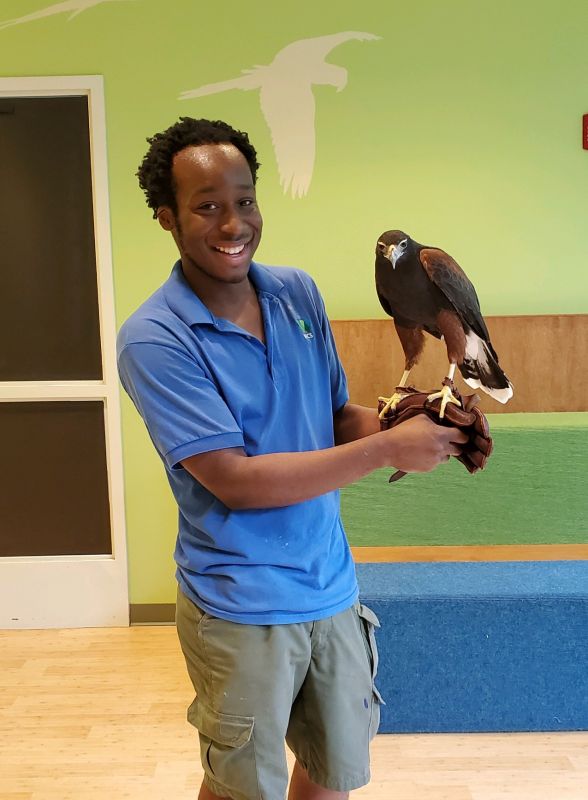 We hope to give guests once-in-a-lifetime experiences with the animals at the Bronx Zoo. The looks on guests’ faces after an animal encounter reminds me why I wanted to become a zoo keeper. Those connections help educate the public on why conservation is so important and what we risk losing if we neglect this planet we share. WCS’s mission to save wildlife and wild places across the globe is in perfect sync with my own.

My favorite thing about being a wild animal keeper is that we get to wear many hats in pursuit of this goal. Throughout my zoo keeping journey I have met the most amazing people who are furthering our collective dream of securing a better world for every last creature here. Between the people and the animals that have truly become family, zoo keeping is easily one of the most rewarding jobs out there!