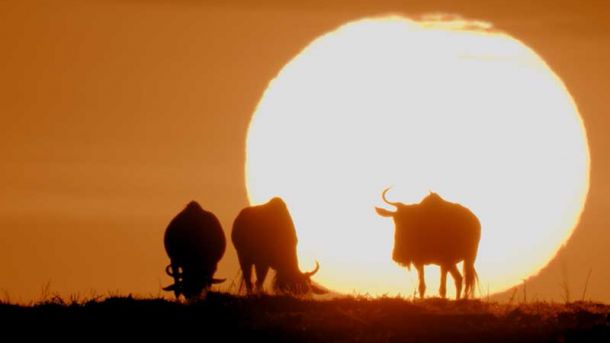 Wildebeests in the Serengeti

The National Academy of Television Arts & Sciences announced the nominees for the 41st annual News & Documentary Emmy Awards. PBS received the most nominations of any network with 48.

Of the 48, NATURE received three nominations:

The Serengeti Rules, is a production of HHMI Tangled Bank Studios and Passion Planet in association with Sandbox Films, Thirteen Productions LLC, and WNET, and based on the book by Sean B. Carroll. The film is nominated for two awards: “Outstanding Nature Program” and “Outstanding Cinematography: Documentary.”

Okavango: River of Dreams – Paradise, filmed by Emmy and Peabody Award winners Dereck and Beverly Joubert and narrated by F. Murray Abraham, is a production of THIRTEEN PRODUCTIONS LLC, Terra Mater Factual Studios and Wildlife Films in co-production with Doclights/NDR Naturfilm, in association with ARTE France, Sveriges Television AB, and WNET. The first episode of the three-part series is nominated for “Outstanding Cinematography: Documentary.”