Super Cats: A NATURE Miniseries features a footage of several cats that have never been caught on film before. The crew shares some of the insights from the shoot and some moments they will never forget! 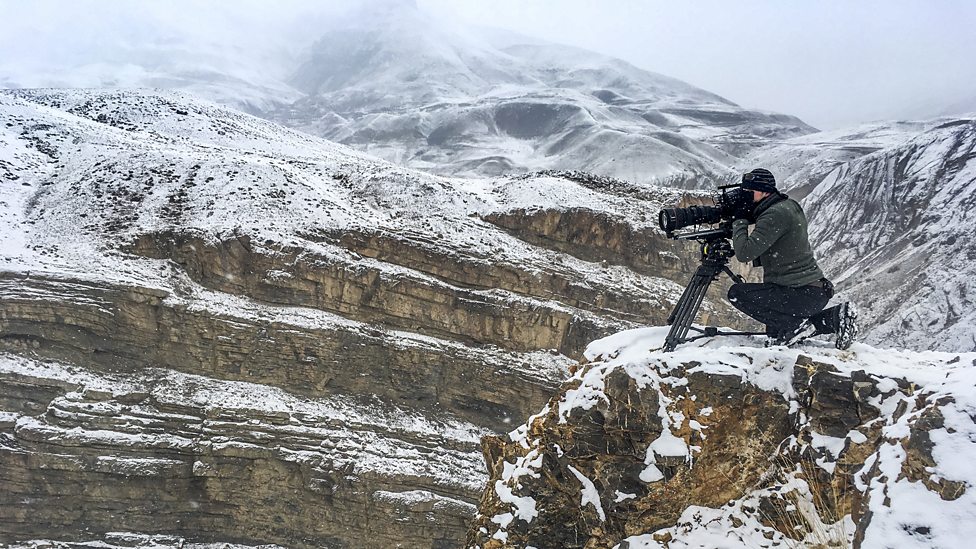 “…we were attempting to film a near mythical cat!”

“Everything about the shoot in the Himalayas was daunting. Getting to the location was terrifying, hiking day after day at such altitude was grueling, and on top of that, we were attempting to film a near-mythical cat! But even just seeing the snow leopard for the first time… the cat turning to look directly at us… was heart stopping and hugely emotional. It was the most incredible experience of my entire life.”

A snow leopard in Kibber, India 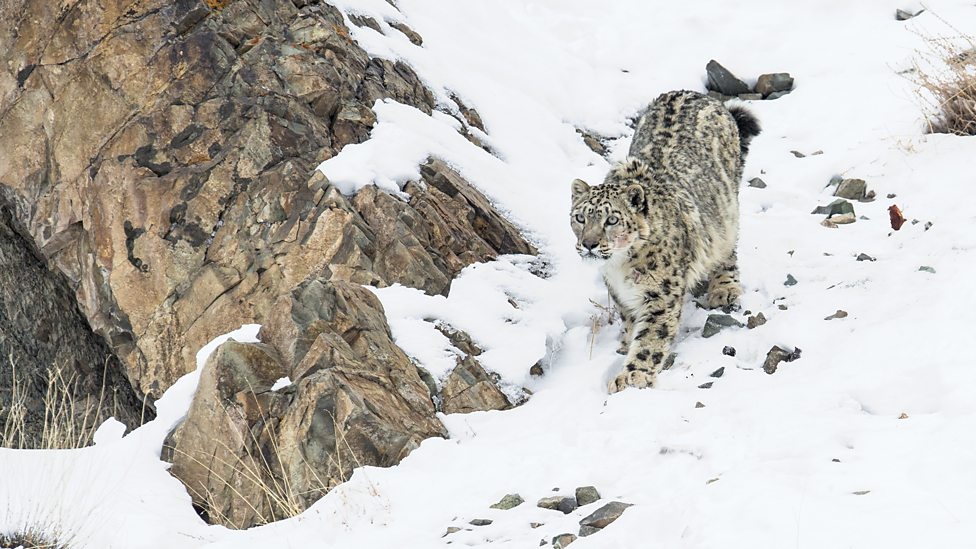 “…the reality of actually being able to get a meaningful shot suddenly sunk in.”

“After the initial shock of seeing a tiny rock colored, rock-shaped cat, almost a kilometer away down in the valley, the reality of actually being able to get a meaningful shot suddenly sunk in. After weeks of searching, it was incredible, the first time that I was close enough to be able to film this enchanting cat.”

“The technique to find Pallas’s cats is to climb a hill and sit still for hours on end, scanning the landscape with binoculars for the slightest movement. It is like looking for a boulder in a field of boulders – and there’s little wonder why they’ve never been filmed in the wild before. There’s lots of activity among the grass, but more often than not it turns out to be a rodent. Whenever I thought I had spotted a cat, I excitedly announced it over the radio, to shortly hear back from one of our Mongolian team ‘Sorry, it’s another marmot!’ ”

A Pallas’s cat and kitten in Mongolia 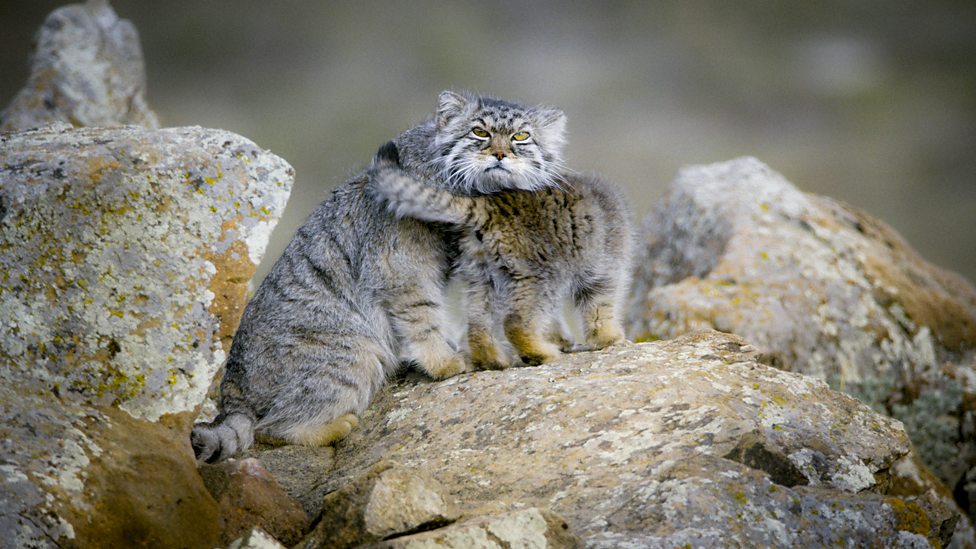 “I’ll never forget the moment when I first saw all four kittens together. They had come out from their rocky den and were waiting for mum to come home. She eventually arrived and they were so excited to see her, they kept jumping around and falling off the rocks to try and get to her; tumbling balls of cute fluffiness!

Then there was a lovely scene of them settling down to suckle from mum while she preened them. I was just meters away, behind a stone hide feeling very lucky to witness to such an intimate moment… It certainly made the early mornings and late nights worth it!”

Searching for a black-footed cat 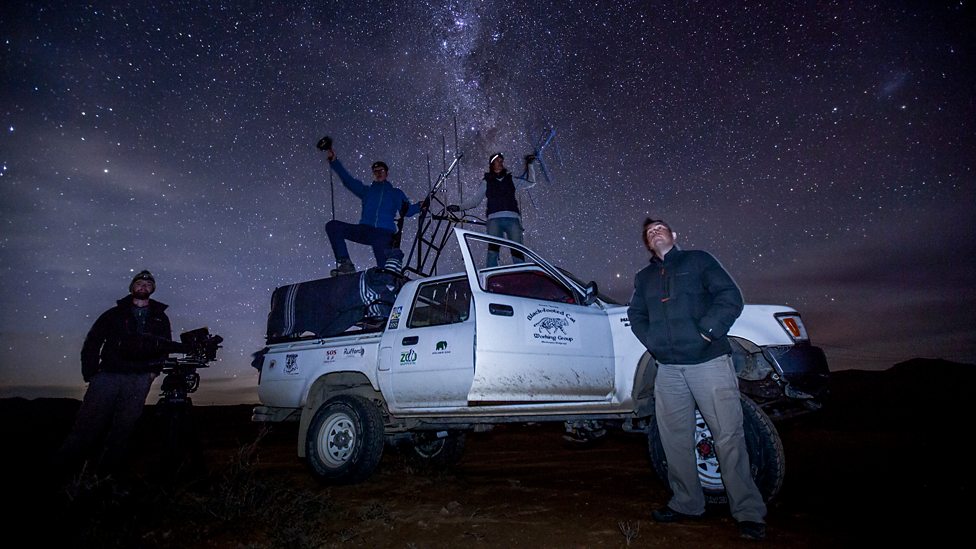 “They are Africa’s smallest cat, and the deadliest of all.”

“Every night, as the sun-set, we piled into the back of the scientists truck. Hour after hour we slowly drove across South Africa’s vast Karoo, searching for a tiny black-footed cat – that the scientists call Gyra. They are Africa’s smallest cat and the deadliest of all. Hidden amongst the desert scrub Gyra would be almost impossible to locate if it wasn’t for her radio collar – even then every night it felt like a marathon task. Many nights we didn’t see her at all.”

A black-footed cat with prey in the Karoo, South Africa 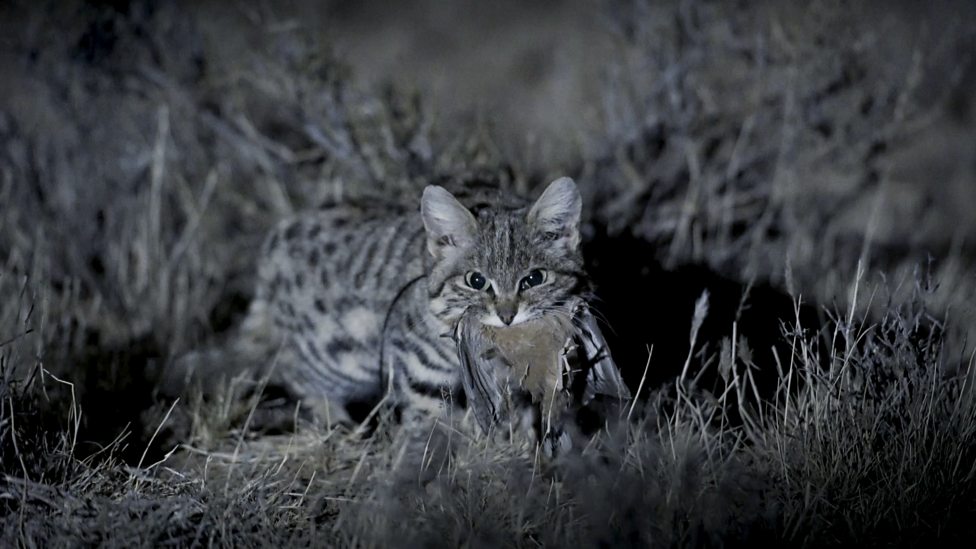 “…these cameras unlock a whole new avenue of discovery.”

“Using extremely light sensitive cameras we were able to film the black-footed cats go about their nightly behavior undisturbed. Because so much nocturnal animal behavior is yet to be filmed or even witnessed, these cameras unlock a whole new avenue of discovery.” 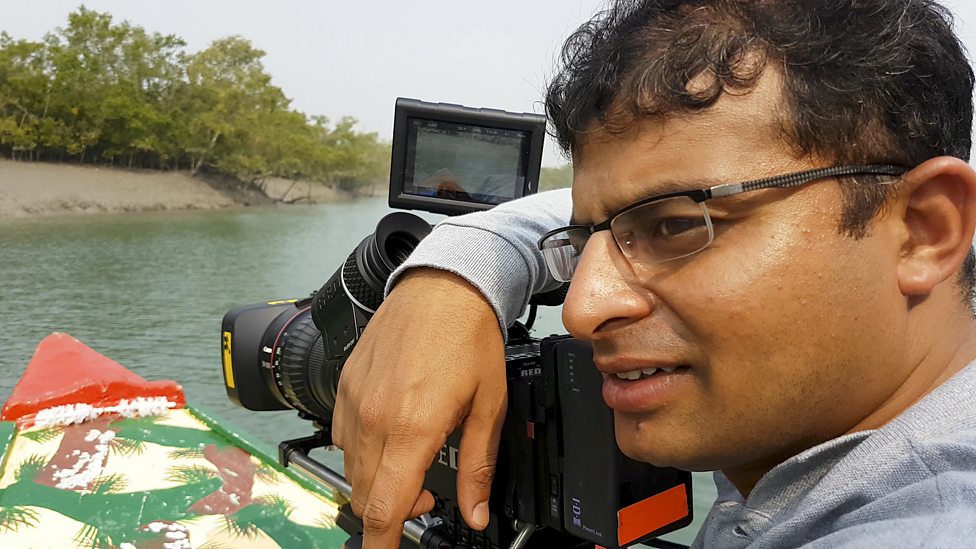 “We spent 600 hours on a boat, circling the muddy islands of the Sundarbans – an area 8 times bigger than the city of London and home to less than a hundred tigers. Sometimes it felt like an impossible task. I was constantly on edge and ready to jump to action. Patience eventually paid off and when the big male tiger showed up I knew that everything was at stake to film whatever I could in that few moments before he disappeared into the mangroves.”

A swamp tiger in the Sundarbans, India 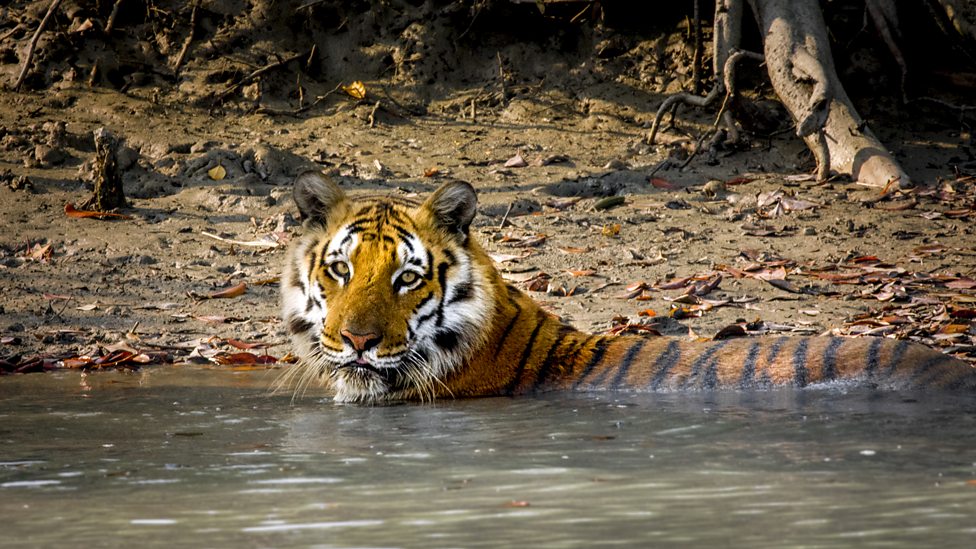 “…when a tiger finally appeared the water was unusually choppy.”

“For three weeks the water was flat like a mirror, and would have allowed us to film smooth, steady shots, but when a tiger finally appeared the water was unusually choppy. Kalyan had to fight to try and keep the camera steady, while we held on tight to stop it from falling into the sea. To make matters worse the boat broke down, and we had to quickly swap to another to keep up with the tiger as it patrolled its shoreline.”

Waiting for a puma 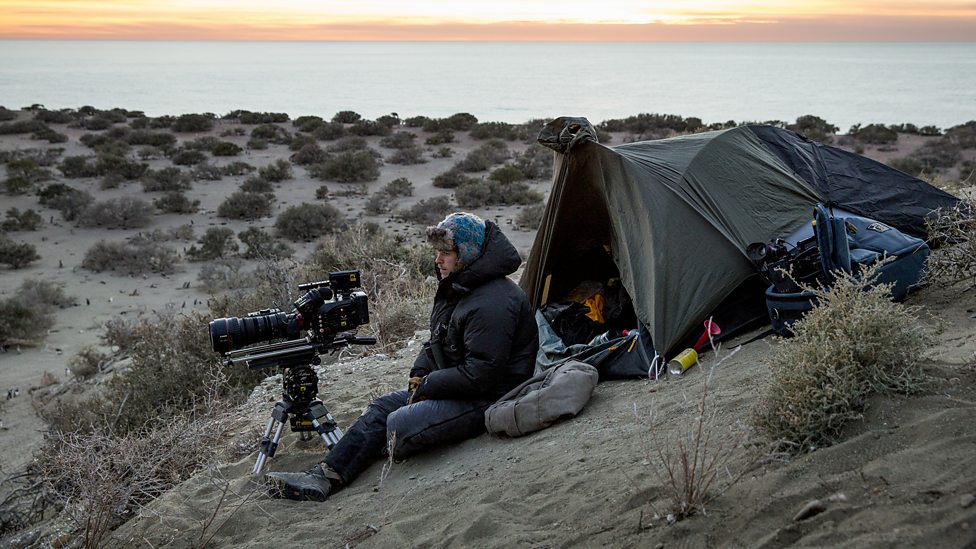 As the very first crew to attempt to film pumas hunting penguins, information was lacking. Despite a large number of pumas in this far-flung corner of Patagonia, we were tantalized with nothing more than fleeting glimpses of the cats for weeks. During two shoots, we spent hundreds of hours in a hide and we battled sandstorms and a 30-year flood event before finally capturing the images of this extraordinary predation for the very first time.”

A puma hunting a penguin 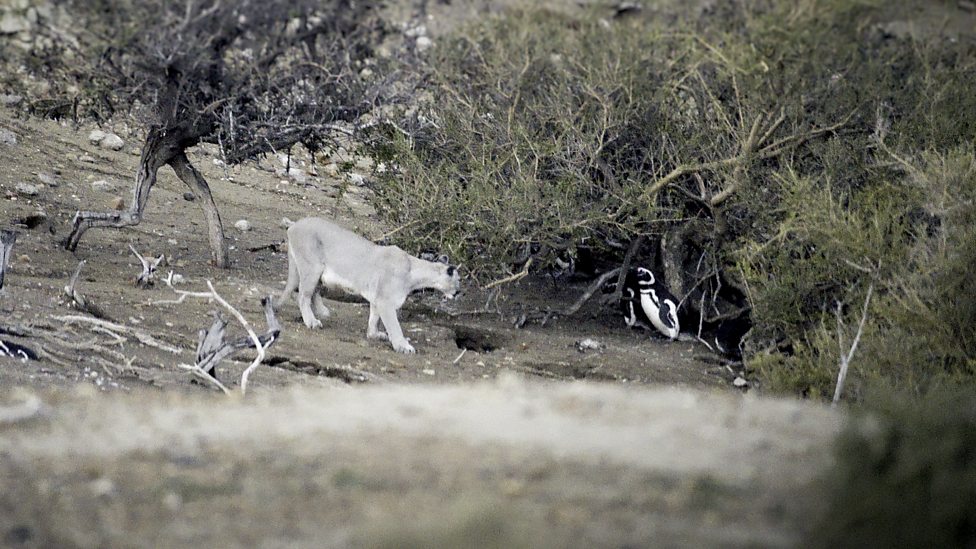 “…and then we spotted a female puma making her way down to the penguin colony.”

“After 4 weeks on the ground, we decided to extend by just 3 more days. We knew this would be our last chance to film the behavior. As night closed in on the penultimate day, the light was failing us and we could see a sandstorm coming our way. We decided to wait it out just a little longer, and then we spotted a female puma making her way down to the penguin colony. She walked straight past us, through the colony and then, very suddenly cornered a group of penguins and made her first kill… I was breathless.”

To film a Canada Lynx 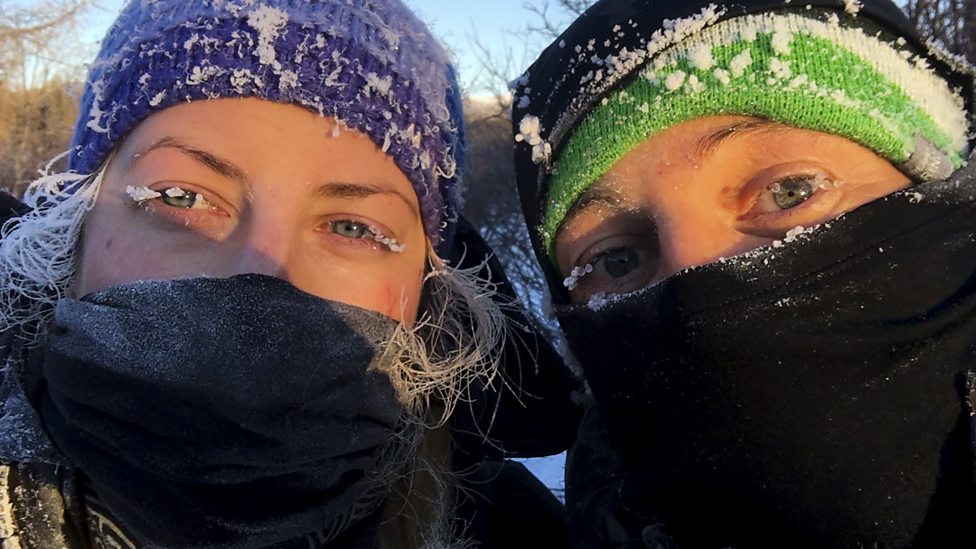 “This was the toughest shoot either myself or cameraman Mark MacEwen had ever done.”

“Filming Lynx in the frozen Yukon of Canada was the toughest shoot either myself or cameraman Mark MacEwen had ever done. When I put on the 30kg pack full of camera gear and supplies (which was just the bare basics!), strapped on my snowshoes and took my first labored steps through the thigh-high snow… I knew it was going to be a long month!”

A Canada lynx and snowshoe hare in the Yukon, Canada 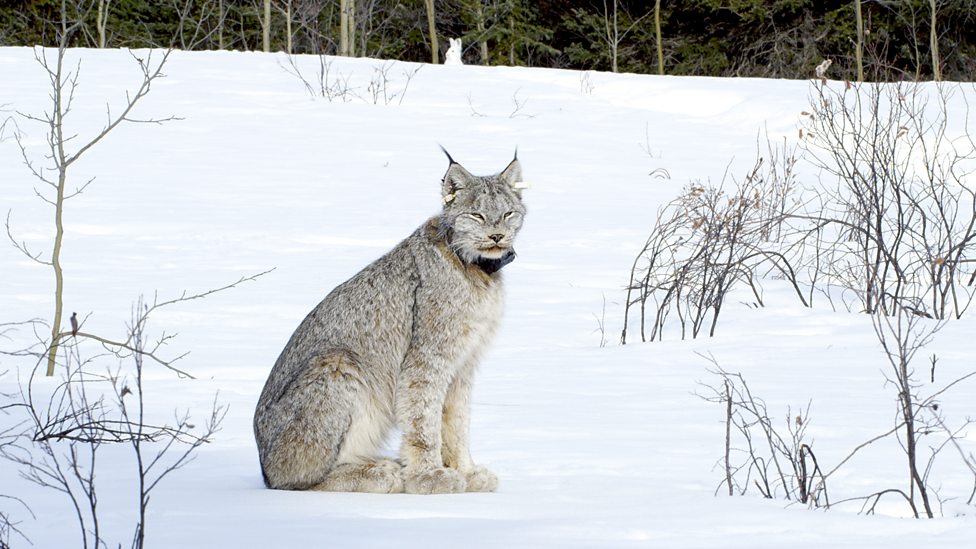 “We worked closely with scientists, who were studying a population of lynx and their prey using GPS collars… even with the technology, it was a mammoth undertaking. We faced temperatures below -20 degrees, and record-breaking snowfall. It took a huge physical effort to eventually be able to capture intimate portraits of the extraordinarily big-footed lynx, and its unique relationship with its primary prey – snowshoe hares!”

In search of jaguars 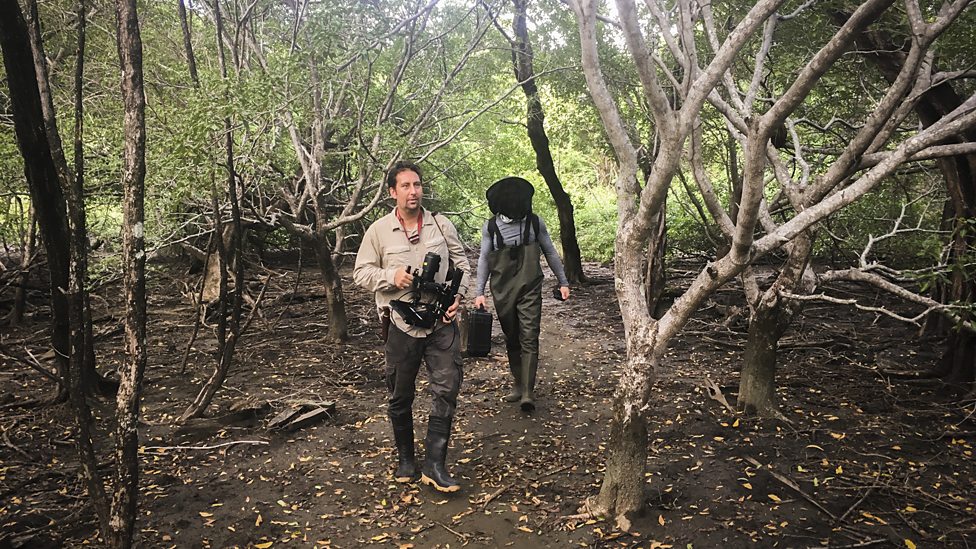 “Every evening we cautiously walked through the forest to the beach, where we knew around 15 jaguars had been sighted. Finally, we settled into the sweltering hide and armed with a thermal camera we quietly waited in the dark, as clouds of mosquitoes buzzed around us. It was days before we even saw a turtle and weeks before a jaguar showed up but persistence paid off. It wasn’t easy to watch the actual predation but seeing the jaguar struggling to drag the turtle, which probably weighed as much as she did, up the beach coupled with the fact that the scientists believed her to be pregnant did make it more bearable.”

A jaguar hunting a turtle as seen on the thermal camera 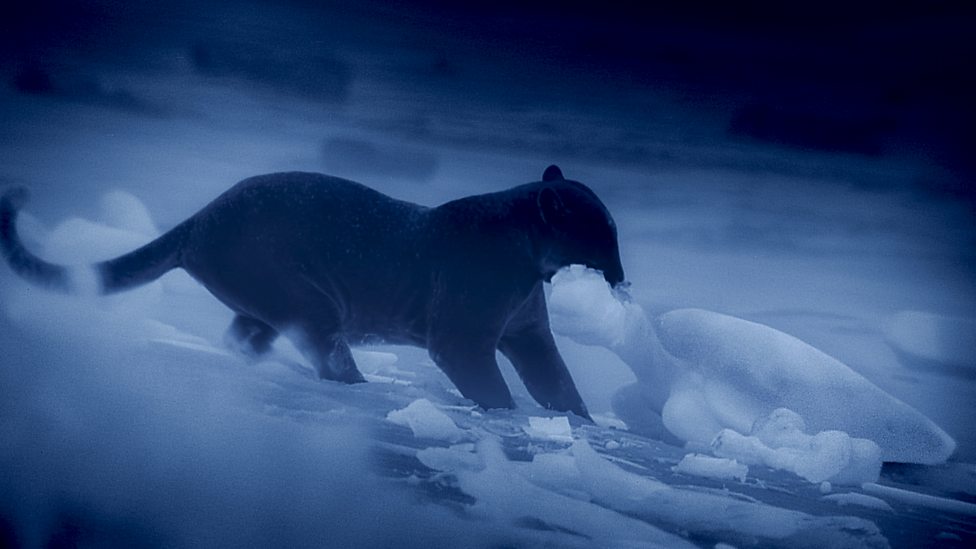 “Being able to see in the dark is like having superpowers.”

“Thermal camera technology is allowing us to capture never before seen behavior without interference. Being able to see in the dark is like having superpowers. It is true that you are in part blinded to the outside world by the bright viewfinder and this after many weeks of staring leaves you both captivated and reliant on the screen. When the battery dies (and there is no warning) you are plunged back into a primal darkness and the fragile state of being only human with potential killers just the other side of some canvas.”