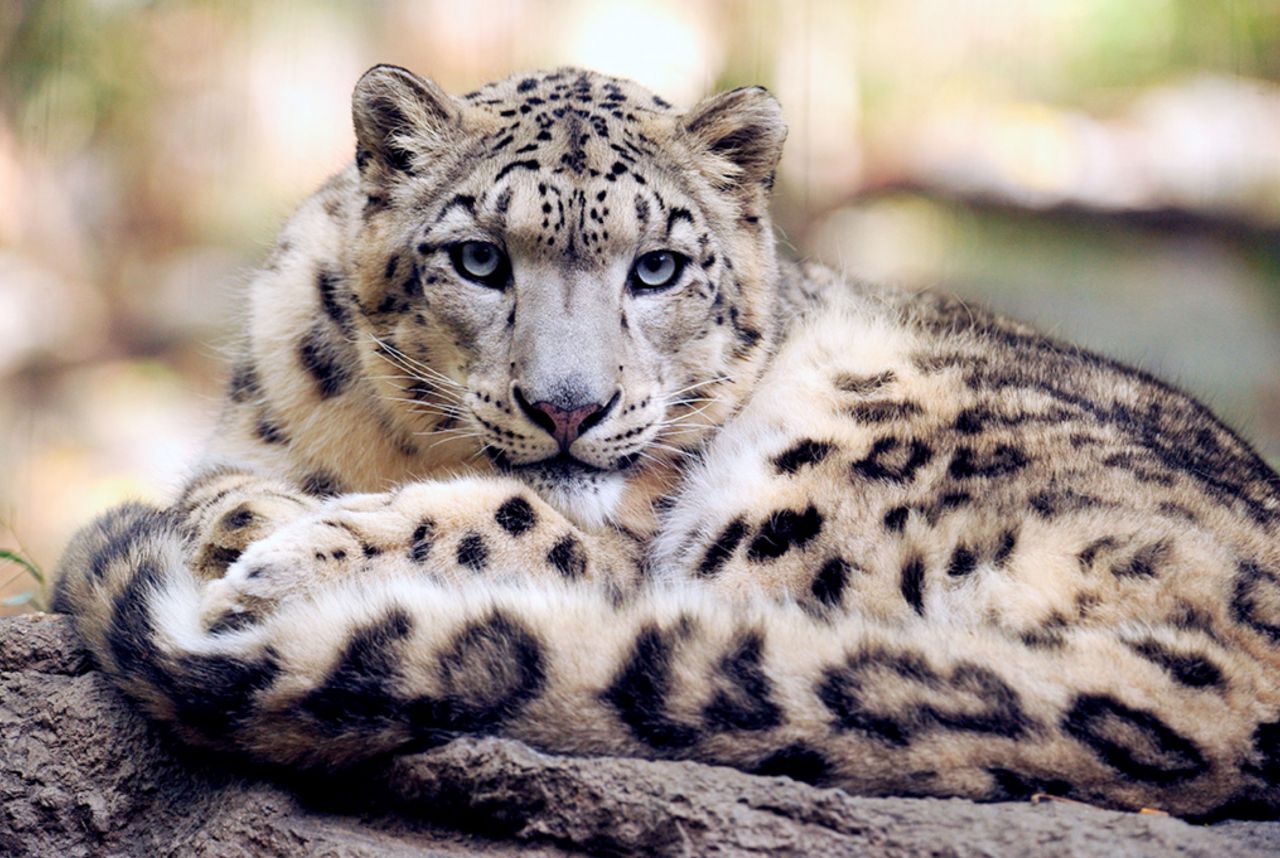 This September, researchers studying snow leopards in southern Mongolia discovered something unexpected: the big, elusive cats maintained much larger home territories than anyone had previously realized.

This type of information–essential to protecting endangered species like the snow leopard–would have been impossible to collect until very recently. Less than a decade ago, the only way to track these rare cats was to climb after them into the steep, rocky, frigid mountains of Central Asia; no easy task for a human, but second nature to a species that has evolved for millennia to live in this extreme environment.

Technology has made researcher’s lives much easier–and perhaps a little less harrowing. They now have access to satellites, long-lasting digital cameras and other new tools. Together these powerful new assets have started to open up our understanding of behavior, habitat needs and threats facing these mysterious cats.

Koustubh Sharma, senior regional ecologist with the Snow Leopard Trust, said advances in technology have helped researchers to “bridge the gap” between human ability and snow leopards’ evolutionary advantages. “It has really help us not only to be able to count them better, but also to understand their movements, activities, spatial preferences, dietary preferences and connectivity across mountains,” he says.

The technologies have already vastly changed our understanding of the big cats. “Imagine telling someone ten or 15 years ago that snow leopards can walk up to 70 or 80 kilometers from one mountain to another, or trek through a desert,” Sharma said. “No one would have ever even imagined it.”

One important advance involves tracking collars, like the ones used in the recent study the snow leopard’s homerange. Previous versions used radio waves that operated on a line-of-sight basis, meaning they could only be tracked when the snow leopard was actually visible to researchers. Once the cat disappeared over a ridgeline, so did the chances of collecting any data about its movement.

Now collars carry global positioning systems (GPS), satellite phones and long-lasting batteries, allowing researchers to track them no matter where they go–for up to two and a half years. “It’s almost as if the snow leopard is sending out a text message every five hours with its location,” Sharma said. “At one point we had about 7 or 8 cats on air, and it was really hilarious because the cats were communicating with us more than our own families would have been. We were getting a message from each snow leopard every few hours, telling where they are, what the ambient temperature is, whether they’re active or sleeping or perhaps on a kill or whatever.”

Miniaturization of both the hardware and batteries has also helped. Previous generations of the technology, Sharma said, looked more like backpacks and weighed so much they could have restricted the leopards’ movements. “You will not gain anything if you change the animal’s behavior due to the weight or cumbersomeness of the collar,” he said. “The data would be useless.”

Camera traps have also improved. These devices can be placed high in the mountains, where sensors will signal the camera to take a shot whenever something crosses in front of it. Previous cameras used film, meaning they needed to be checked and updated almost every day. “It would take at most 36 pictures,” Sharma said. “For those 36 pictures, you would have to hike up these treacherous ridgelines, which would sometimes take an entire day to get up and back.” Often they would find that a herd of goats or flock of birds had tripped the camera and exhausted the entire roll of film.

Digital cameras have changed all of that. “Now you can set them up and they last for up to 6 or 7 months,” Sharma said. “It’s almost like you have these little soldiers or rangers up in the mountains constantly keeping an eye out for you. They last a long time and they can take up to 70,000 pictures.”

Of course, sorting through all of those photos remains a challenge because it’s still a manual process, at least for now. “They’re working on computer algorithms to do that automatically,” said Peter Zahler, coordinator for the Wildlife Conservation Society’s Snow Leopard Program. “I would expect that to be available in another year or two.”

Zahler said other advances could soon help take snow leopard research even further. For example, we may soon be able to transmit data directly from camera traps to researcher’s computers, instead of waiting to collect it only a few times a year Similarly, collars or other technology may soon enable conservationists to regularly warn people if snow leopards are nearby, reducing the likelihood that the cats would try to kill livestock. Retaliatory attacks against snow leopards for these predations are one of the biggest causes of snow leopard mortality today, he explained.

Sharma said the amount of new information we have learned about snow leopards over the past few years is staggering. “We knew so little about snow leopards that anything you’re finding today is news to the world,” he said. “For instance, that they eat once every 7 to 10 days, or that they can migrate across deserts, or that they can survive in extremely cold temperatures, up to -35 or -40 Celsius. These are fascinating details.”

The most important thing about all of these new technologies and the information that they provide is that “we’re getting really close to the basic information we need about snow leopards to do successful conservation,” Zahler said. He added that snow leopards still face numerous threats, ranging from poaching to road construction to climate change, but our added understanding of those risks means we are finally more able to protect them. “That’s a vastly exciting message,” he said. “It’s a step in a process, but it’s a critically important step.”