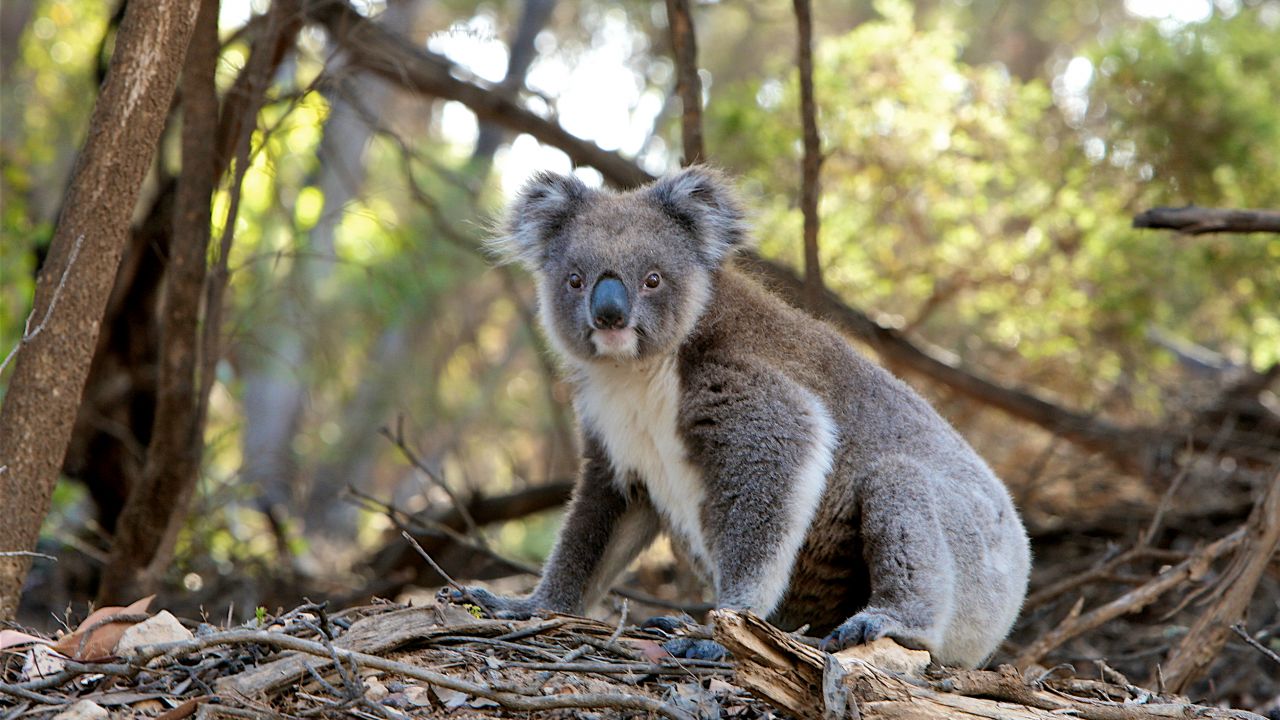 Throughout their native territories in eastern Australia, the famously tree-loving marsupials face ever-shrinking habitats. Human development has carved up their eucalyptus forest homes and as trees disappear, koalas have found themselves with dwindling food supplies, no protection from predators such as household dogs, and rising levels of diseases such as chlamydia and the HIV-like koala retrovirus. Historical koala population counts don’t really exist, but populations today have fallen to as low as 43,000 according to the Australian Koala Foundation, a conservation organization.

As if all of those threats weren’t enough, a new danger has begun to emerge: climate change. The world first got a hint of this problem in 2009 when raging forest fires ripped through the state of Victoria, killing 173 people and countless koalas. One of the koalas that survived the blaze, a female named Sam, became a viral video star after firefighters helped her to hold a bottle of water in her fire-damaged hands. (Sam was later put to sleep due to inoperable infections from chlamydia.)

For the past several years, scientists have warned that climate change will make things difficult for the koala. Now new research reveals that the problem could be even worse than expected. A study published this June in the journal Global Change Biology predicts that many koala habitats, especially those in the state of Queensland in the Northeast, will become inhospitable by 2070.

Specifically, researchers found that temperatures will fall and rainfall will decrease, affecting the amount of water stores in eucalyptus leaves, which are koalas’ primary source of hydration. As a result, koalas will struggle from extreme and likely fatal heat stress in many locations.

“One of the things that our research highlighted is that particularly in the northern parts of Australia, populations of koalas closer to the coast are more likely to persist in the future, and so protecting these [populations] becomes extra important,” said the study’s lead author, Natalie Briscoe, a postdoctoral fellow with the School of Biosciences at the University of Melbourne. “Unfortunately, many of these populations are also under threat from development that removes habitat, as well as impacts of cars and dogs.”

The models used in this study may describe conditions a few decades from now, but Deborah Tabart OAM, chief executive officer of the Australian Koala Foundation, said the impact of climate change is already being felt in many regions. She described a recent trip to New South Wales where she stayed with a farmer “whose trees were either dead or showing stress.”

“We had predicted this would occur in 2030, but clearly it is happening now,” she said. Briscoe said she and her fellow researchers are now looking at the odds of survival for key koala populations. “Even if an area is climatically suitable, if there are frequent fires or the area is too small, then it may not be able to support koala populations,” she said. They’re also using the same climate models to look at other species, such as the grey-headed flying fox, Australia’s largest bat.

Briscoe said she hopes the research can help to establish conservation priorities and identify crucial stands of forest so-called “climate refugia,” which must be protected if koalas as a species hope to survive. “We’ve been in touch with the government team that is putting together the conservation plan for koalas and provided them with information from our study, so we hope it will have an impact,” she said.