In conjunction with our new short film, Living With Snow Leopards, Charu Mishra & Matt Fiechter of the Snow Leopard Trust provide further insights on how they are tackling the issue of conservation by approaching it from a different angle that is proving to be far more effective and sustainable. 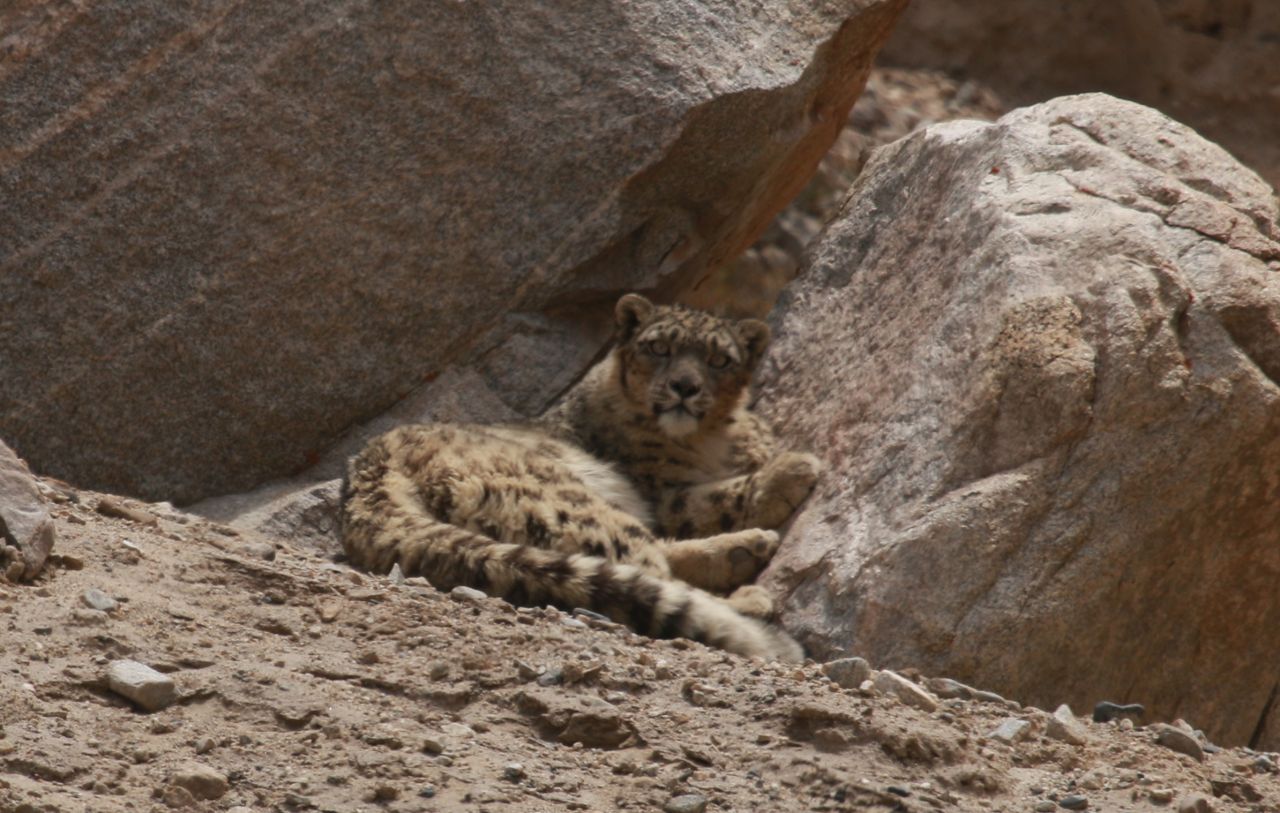 Our planet is witnessing the sixth mass extinction of species right now. We are trying to tackle this crisis with the vocabulary, machinery, and logic of war – guns, fences, protected areas and top-down policies – and we’re unable to resolve the issue. At the same time, perhaps fueled by desperation, the belligerent rhetoric is heating up. Almost daily, we hear about the “war against poaching”, pledges to “combat” wildlife crime and “fight” for endangered species.

It’s much more rare, on the other hand, to hear words such as partnership, collaboration, cultural sensitivity or compassion mentioned when we talk about wildlife and conservation – peaceful coexistence does not make headlines. But in reality, it’s the basis for most successful conservation initiatives.

Also largely absent from the discussion are the people who live alongside our wildlife; herders, farmers, hunters and gatherers. Mothers, fathers, children. If they do feature in the “war against poaching”, they are most often framed as perpetrators – when in fact they are more often its forgotten victims and potentially the most effective stewards.

In our frantic attempts to turn the tide and protect endangered species and their habitats, we’ve imposed well-meaning, scientifically solid policies and legislation onto such local communities – but too often, we haven’t paused to consider how such interventions might affect these people and their well-being. We didn’t ask what a ban on collecting firewood or hunting for subsistence would mean to their way of life; how a fence would alter the grazing patterns of their livestock, or how the land use restrictions of a protected area would interfere with their lives, livelihoods, rituals, and sentiments. 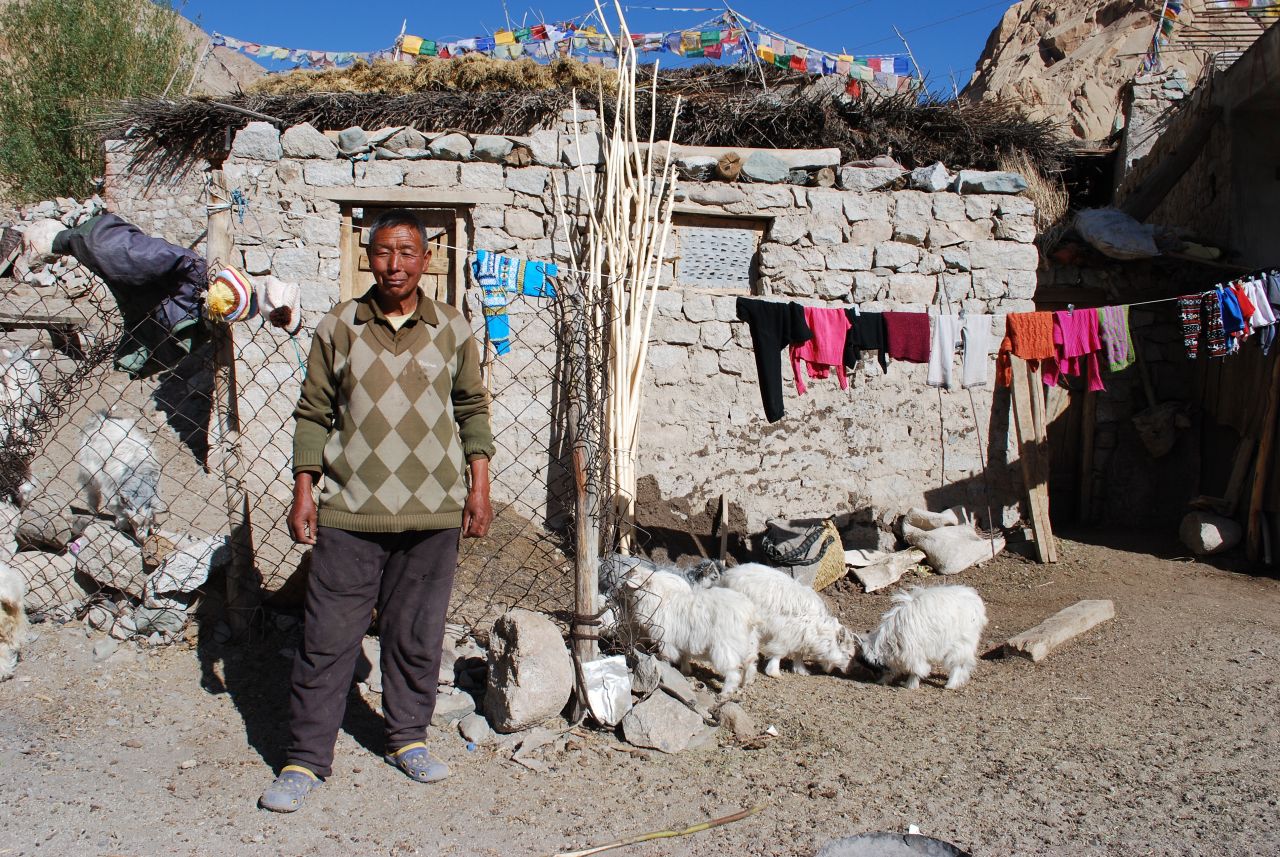 Top-down approaches may sometimes be effective – but are rarely appropriate or ethical. As a result, wildlife conservation is littered with examples of inappropriate interventions that have led to serious injustice to local people and have also set back conservation efforts in the long-term. Clearly, it’s time for a change. Conservation needs a paradigm shift. We’ll only be able to protect endangered species if we truly change our fundamental attitude towards people – the people who live in our last remaining natural areas, whose lives depend on these ecosystems, and who are most affected by policies and actions designed to protect biodiversity. To conserve our natural ecosystems and species, we cannot just pay lip service to the well-being of the people sharing these habitats. We must build long-term, equal partnerships with them and gain their support for conservation.

But how to do that? 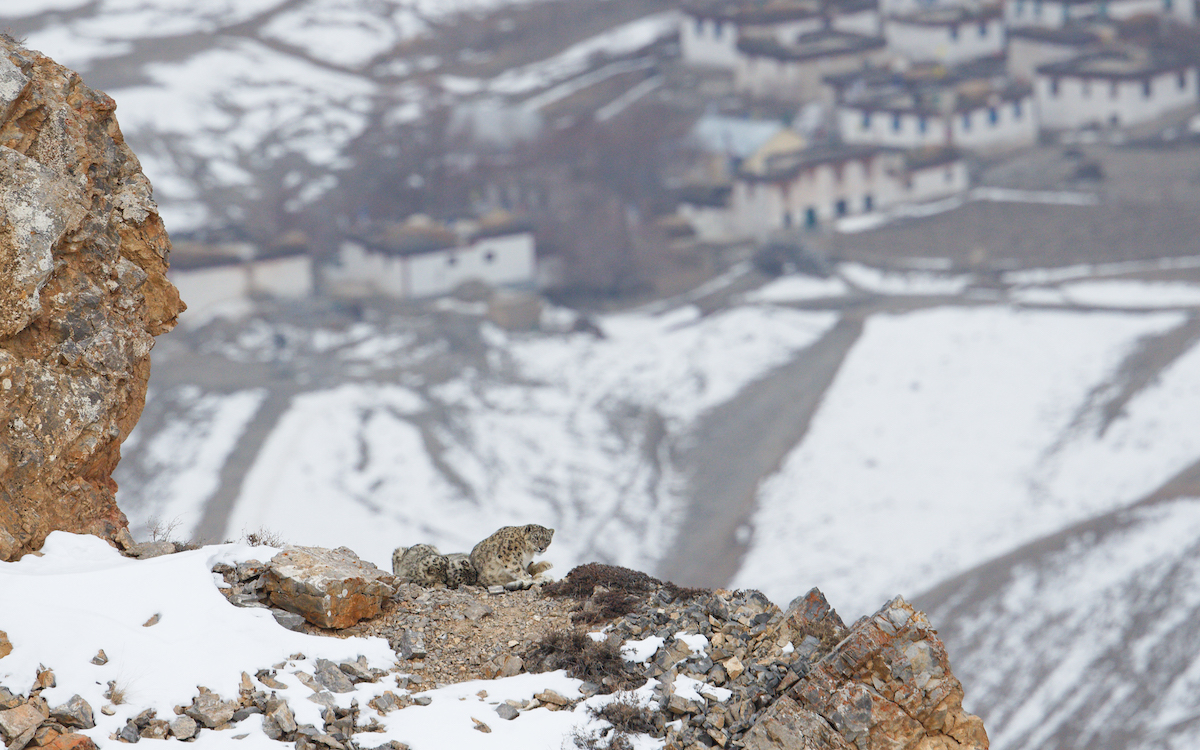 At the Snow Leopard Trust, we’ve let this philosophy guide our work to protect the endangered snow leopard for more than two decades.

One of many things we’ve learned in this time is that a real partnership requires us to listen to community members and understand their needs when it comes to living with wildlife, rather than assuming that we have ready-made solutions. It also requires trust-building, empathy and the willingness to engage with people even when they have harmed snow leopards, perhaps particularly in such cases.

Around six years ago, in a remote hamlet in India called Salung, a snow leopard entered a herder’s corral and killed almost twenty sheep and goats. The desperate herder had then trapped and killed the cat inside the corral. The Forest Department, which handles such cases, conducted its investigation and found that the herder had acted in self-defense. 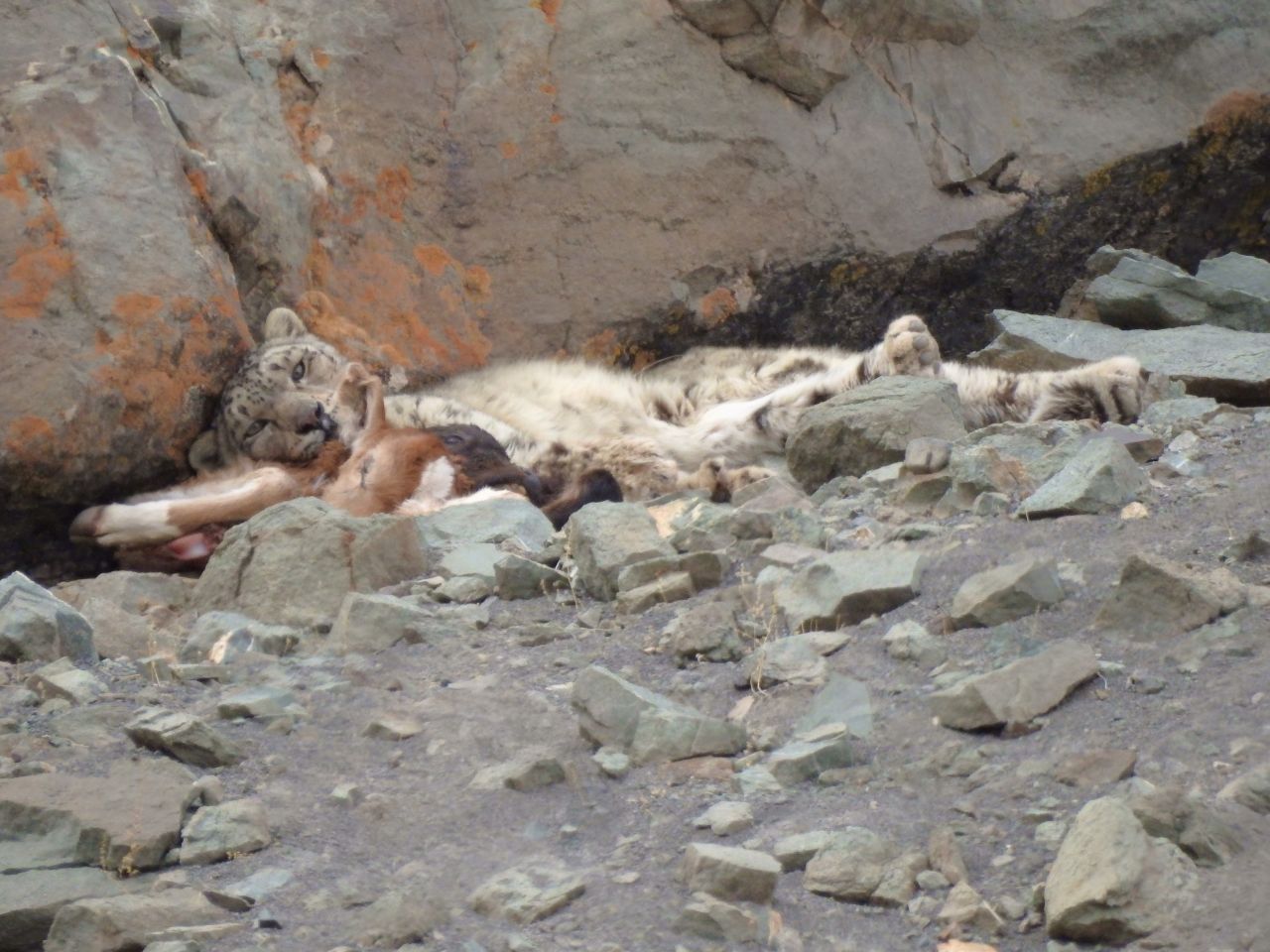 As conservationists, it would have been easy for us to see the herder as our adversary, and demand he be punished. After all, he had killed a snow leopard, which is against the law. Yet, this man had acted out of desperation and fear. He did not see any alternatives. Our team visited Salung and talk to the herder to see what could be done to prevent such tragic incidents in the future. In other villages, we had helped herders build solid, predator-proof corrals. Perhaps that would be a solution here as well?

When we got there, community members helped us realize that there was an even easier fix. All that was needed were grills for the windows to ensure no snow leopards or wolves could enter – an investment of perhaps $100 per house. During our very first visit in the hamlet, we agreed to share costs and work together with the herders, and within a month, all windows to Salung’s corrals were reinforced. 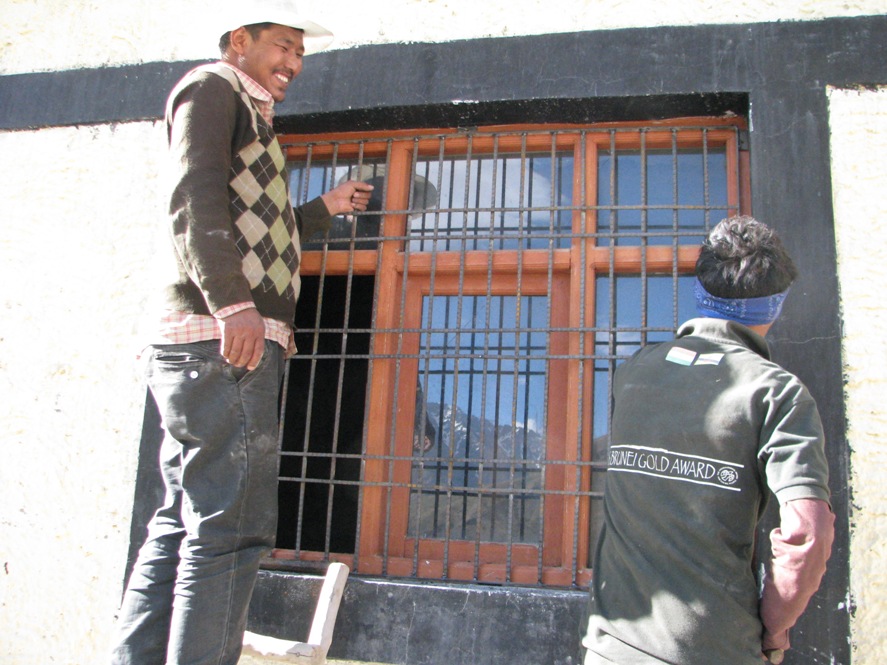 This marked the beginning of our partnership with the communities of this area. Over the course of the following six years, our team has helped reinforced more than twenty vulnerable corrals in four neighboring villages, areas where we had no previous relationship with the local people.

The investment has paid rich dividends: In 2015, we were able to establish a relatively large reserve for snow leopard prey in Lalung, one of the villages where we had reinforced corrals. The community agreed to leave untouched and free from livestock an area of 400 km2 of grassland, so that blue sheep and ibex could find enough food. We’ve also been able to train local youth to assist in our research and guard their crops against damage by wildlife.

Then, in April of this year, the blossoming relationship we’d built with this community was put to the test in Demul, another village in the area: A snow leopard had entered a family’s corral through an open door. Fortunately, there was no livestock present at the time, and no damage was done. The herder who owns the corral saw the cat in there and trapped it. This time, however, the outcome was very different. Instead of killing the cat, the villagers lured it into a hastily assembled portable cage, carried it to a pasture on the outskirts of the village and released it back into freedom. 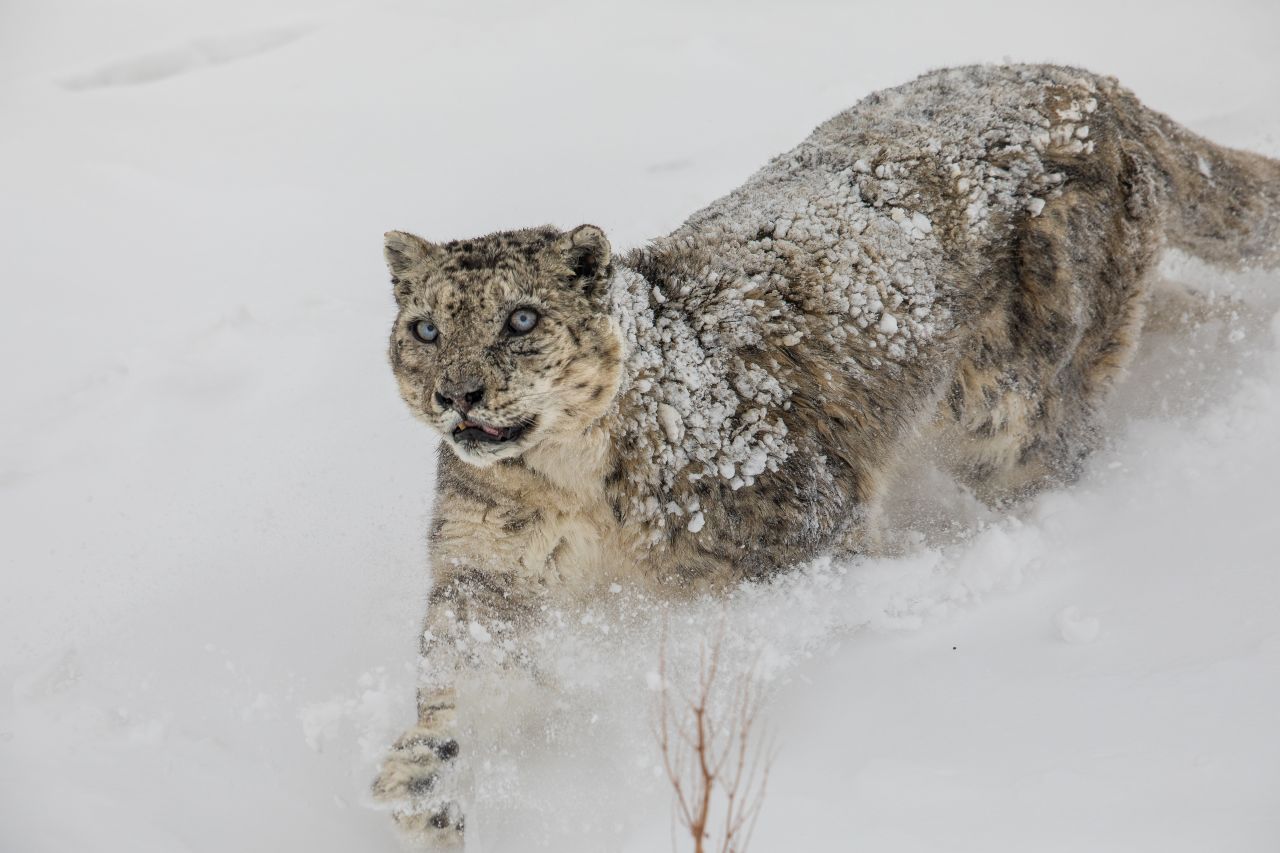 By sharing this story, we are not arguing that there is no need for protected areas or strong, well-trained and -equipped law enforcement agencies to help prevent and prosecute wildlife crime. That would be naïve. We have ourselves worked with partners such as INTERPOL and others to help stop poaching and illegal wildlife trade. But we do believe that the key to protecting most of our endangered species lies in partnering with – rather than fighting against – local communities who share their habitats. They are our best allies.

Be sure to watch Living With Snow Leopards: A NATURE Short Film to learn more about this issue and the work the Snow Leopard Trust is doing to save and protect this magnificent cat.