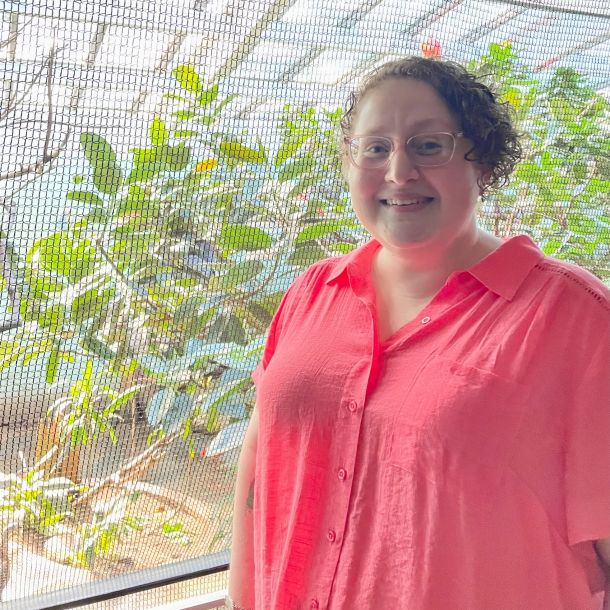 Think of a job in conservation science. What did you come up with? Field researcher, perhaps? Maybe a marine biologist? How about a zookeeper? These are only some of the many job titles people imagine when thinking about the world of conservation. My job, though, is not usually considered.

As the Library Assistant at the Wildlife Conservation Society (WCS), I have a critical role in the process of scientific research and publication. Yet some people are surprised to learn that WCS has a library to begin with.

I didn’t always know that I wanted to work supporting conservation science. Growing up, I wanted to be a teacher. In high school, I wanted to be a museum curator. In college, I studied art history and museum studies. It wasn’t until I heard one of my college librarians describe her job as that of a perpetual student that I even considered becoming a librarian. 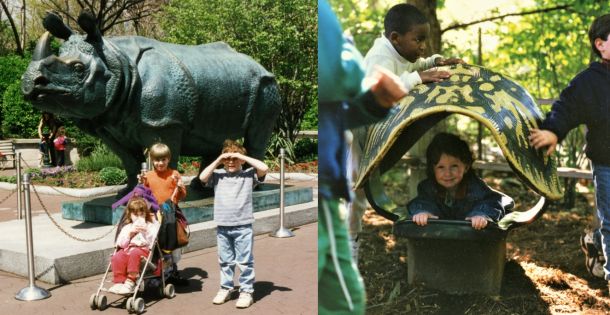 I’ve always had an incredible passion for learning and then sharing what I’ve learned with anyone who’ll listen, so the field of Library Science was appealing to me.

During my graduate program in Library Science, I came across the job listing for WCS. I knew that zoos and aquariums went together with museums under the umbrella of cultural institutions, but had never considered working at one. The idea of working at the Bronx Zoo, a landmark I had grown up visiting regularly, was exciting.

I had always loved studying science, particularly biology, in school but I never imagined I would be able to pursue biology as a career due to my poor math skills. When I was considering applying to work at WCS as a librarian, though, suddenly I could picture myself working in support of the science I once thought an impossible dream. 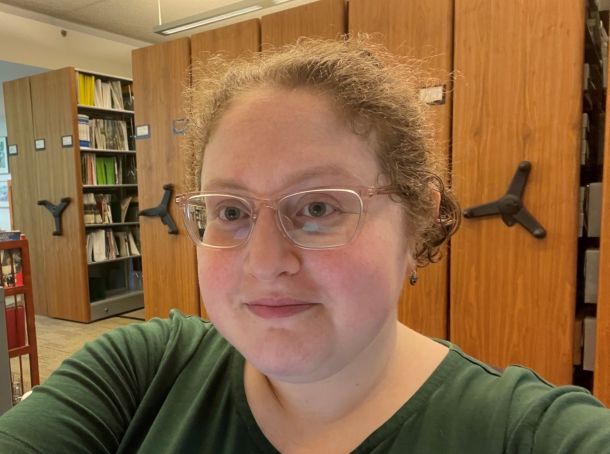 Cassandra getting back to work in person in the WCS Library. Photo credit: Cassandra Paul/WCS.

Every day I get to see the books, journal articles, and reports that WCS scientists are authoring, inviting me to learn about their conservation work in New York City and around the world. I have the privilege of learning about the amazing history of global conservation at WCS through the photographs and illustrations we hold in our archival collections.

I’m able to see the big picture of how WCS’s work in the field is constantly translated into our zoo exhibits in real time and I’m also able to hear how WCS staff reflect on that work, share it with scientific communities and the public, and set ever higher goals.

I’m excited to help WCS staff catch up on the newest theories, historical knowledge, and data they need to keep their work moving forward. Luckily, though, my work lets other scientists and researchers access the publications that WCS produces on almost a daily basis. I ensure that all research publications written by WCS staff authors, or published by WCS, are discoverable in the WCS Publications Database.

Now that we have launched our official Open Access Policy and Initiative, the research coming out of WCS will be even easier than ever for anyone to access. Opening up access is crucial since this is the science that justifies the need for new laws and regulations, such as state ivory bans or the proposal to designate the Hudson Canyon as a National Marine Sanctuary. 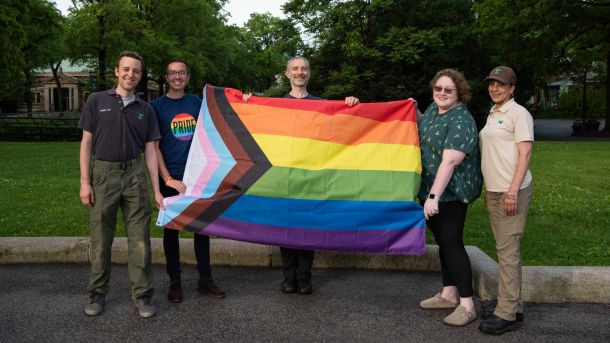 As a queer person, I am similarly invested in our laws and regulations around queer identities being backed by rigorous scientific research rather than reductive social constructs. Afterall, humans, too, are members of the animal kingdom and research shows that animals do not have the same strict cultures around gender and sexuality that humans like to enforce.

Through my work as co-lead of QUEER (Queer people and allies Uniting to Expand Equity and Respect), a new Employee Resource Group at WCS, I am able to use my voice and the resources of my position to advocate for a safer and more inclusive workspace that is defined by the science I support every day.

By being a representative of the queer voices at WCS, I have the privilege of sharing the many intersecting identities held by conservationists in our organization. We may not always come to mind first when you picture someone working in conservation science, but we are always working in the background to make that science happen.