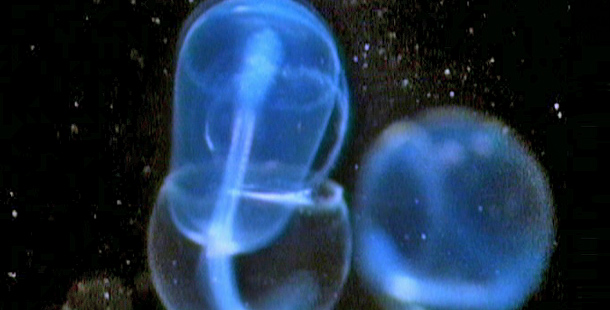 It doesn’t take much imagination to see the similarities between a human child and an adult. But as NATURE’s The Body Changers shows, in other animals, the young may bear little resemblance to the grownups. It’s hard to see a butterfly within the fuzzy form of a caterpillar, for instance, or a sleek dragonfly in the squat features of its aquatic larva. Indeed, early naturalists sometimes believed that the larva of some animals, such as eels and frogs, were a totally separate species from the adults, because they looked so different.

Today, however, we realize that many creatures undergo startling transformations as they mature. But we are just beginning to understand the genetic blueprints that guide these changes.

Over the last few decades, researchers have been homing in on the chunks of DNA, called genes, that hold the instructions that tell cells when, and where, to grow. Some genes, or sets of genes, for instance, control where limbs or wings sprout. Others determine the top and bottom of an organism, or its head and tail. By turning these genes on and off in sequence, organisms guide their development from just a single cell to a creature made up of billions of specialized cells. Eye cells, for instance, look and behave very differently from skin cells, though both are children of exactly the same original cell.

To create such differences, some genes exert especially powerful control over cells when turned on. In 1995, for instance, Swiss biologists showed that inserting and turning on a few related genes in fruit fly cells could cause surplus eyes to sprout virtually anywhere: on wings, legs, and even antennae. Researchers manipulating other genes have caused salamanders to grow legs in the oddest places, or not grow them at all. And turning off some genes by blocking their action can prevent some animals from maturing at all, leaving them permanently stuck in their larval forms. Such research is helping scientists understand genetic diseases, and may eventually lead to new treatments.

The research is also teaching us something about evolution. Researchers have discovered that many of these key developmental genes — which have been given whimsical names such as “sonic hedgehog” and “superfly eye” — appear in many animals, from insects to humans. Over time, they have been passed along as one species has transformed slowly into another.

But different animals may use similar genes in different ways. A gene that prompts an arm or a leg to bud off from a main body in a mammal, for instance, might prompt a sharp spine to bud off on the shell of a sea urchin. Despite the very different structures involved, the underlying genetic instructions are the same, suggesting that the two animals shared a common ancestor long ago. “A lot of evolution represents the commandeering of genes from one form to another,” David Jablonski, a paleobiologist at the University of Chicago, told the magazine SCIENCE in 1999.

Gene hunters are far from finding — or understanding — the millions of genes that play key roles in body changes. It is already clear, scientists say, that genes allow for a lot of creativity in organism design. It’s like having a set of building blocks you can snap together in an infinite variety of ways. According to one researcher: If you don’t like one design, you can change it.