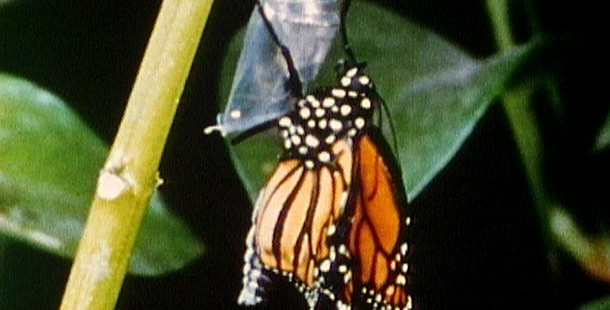 “Change alone is unchanging,” the ancient Greek philosopher Heraclitus once wrote. But even such a wise man didn’t know the half of it. As NATURE’s The Body Changers shows, researchers have discovered that all kinds of animals — from sea slugs and caterpillars to songbirds and people — undergo constant and often remarkable physical changes during their lives. And scientists continue to discover that we can change our bodies in ways once thought impossible.

Each of us knows from personal experience that the passage of time is marked by constant variation and modification. From a single cell unable to live on its own, we multiply into creatures composed of trillions of cells able to move about freely. Our bodies grow taller, heavier, and hairier as we mature, then shrink and wrinkle as we age. Our hair may change color and our voices modulate from a howling cry to a quivery whisper.

But even these dramatic physical alterations are overshadowed by the extraordinary transformations experienced by other creatures profiled in The Body Changers. Fleet-flying dragonflies, for instance, start life as swimming nymphs that paddle about beneath the surface of a pond or river. High-leaping frogs take their first trips as awkward, wriggling tadpoles. And the elegant, fragile butterfly emerges from a capsule spun by a chunky, crawling, earth-bound caterpillar.

Still other animals are able to execute even more amazing tricks. Salamanders can regrow legs snipped off by hungry turtles, while lizards routinely rebuild tails that break away, by design, in the mouths of predators. Male deer grow magnificent antlers that are used for just one season and then discarded, like a wedding dress banished to the back of the closet. And some songbirds remold their brains every spring, adding and subtracting neurons as needed. When more brainpower is needed to sing and remember their courtship songs, their brains swell. But when breeding season is over, they conserve energy by scaling back.

Such modern-day adaptations are the product of millions of years of evolution — another process dependent on change. Many researchers, for instance, believe today’s birds began as dinosaurs, while people evolved from tree-dwelling apes. Over the eons, seemingly insignificant changes began to add up, separating new species from the old. The genetic flaw that produced feathers on some mutant dinosaur, for instance, may have helped keep it warmer and enhanced its survival. Later, the feathers might have helped its offspring become better hunters and eventually fliers. It was just a short flap, in geologic time, to modern birds, which bear just a fleeting resemblance to their forebearers.

We’ll probably never know for sure just how all these changes took place, or why they occurred. It is difficult to follow the biological path that brought us here back into the mists of time. But researchers continue to make surprising new discoveries about our ability to change. For years, for instance, scientists believed that it was nearly impossible for humans and related apes to grow new brain cells. Conventional wisdom held that the most important parts of our brains were pretty much set by the age of three or four, and would grow no more.

But in 1999, in a finding that eventually could lead to new methods for treating brain diseases and injuries, Princeton University scientists discovered that new brain cells are continually added to the brains of adult monkeys. Brain researchers Elizabeth Gould and Charles Gross found that the monkeys add neurons to several regions of the cerebral cortex that are crucial for memory, high-level decision making, and for recognizing and learning about the world. The results strongly imply that the same process occurs in humans, because monkeys and humans have similar brain structures. “If what they have shown holds true for all primates, including humans, it means we really need to rewrite the book on brain development and the way that experience can affect the brain,” says William T. Greenough, director of the neuroscience program at the University of Illinois’ Beckman Institute.

At the time of the discovery, Gross asked the question shared by many: “If the cerebral cortex is important in memory, how could it change?” He went on to explain, “In fact, the opposite view is at least as plausible: if memories are formed from experiences, these experiences must produce changes in the brain.”

Practical applications of the discovery could be years, even decades away. But the results suggest that scientists may one day exploit natural repair mechanisms to treat brain injuries or diseases, such as Alzheimer’s and Parkinson’s diseases. The discovery also may require scientists to draw a less bold distinction between the brains of humans and other animals, says Fernando Nottebohm of Rockefeller University, who has pioneered the study of changing bird brains. “What you can say now,” he says, “is that the primate brain is more like that of songbirds.” That, indeed, is a change in thinking.