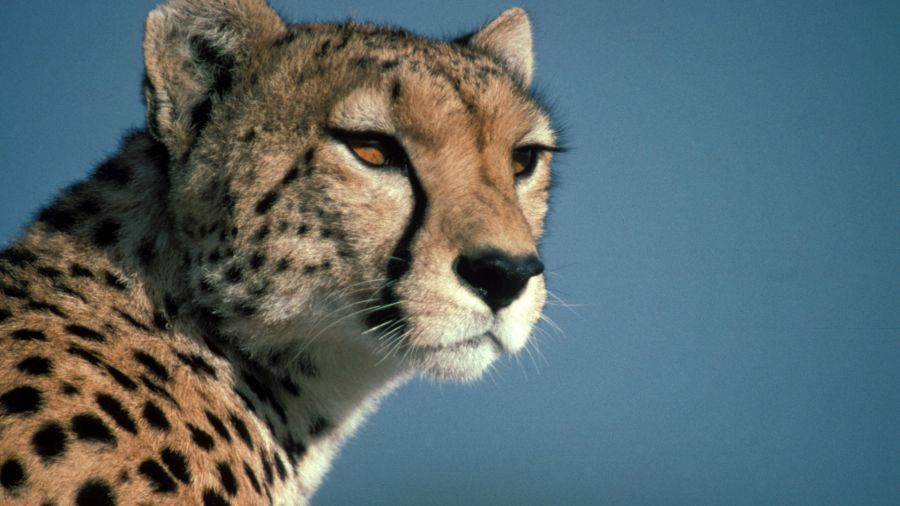 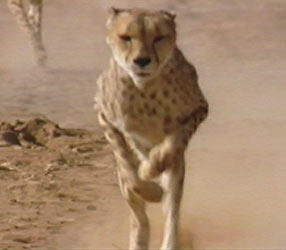 The cheetah is the world’s fastest land animal. As the world’s fastest land animal, cheetahs are the odds-on favorite in almost any footrace. After all, they can accelerate to freeway speeds in just a step or two. But in the dry scrublands of southern Africa, the fast felines are falling behind in the most important contest they’ve ever entered: the race for survival. Luckily, as NATURE’s Cheetahs in a Hot Spot shows, people are stepping in to make sure that these exceptional cats survive to reach the finish line. And along the way, cheetah lovers are coming to understand these athletic sprinters better than ever before. Cheetahs in a Hot Spot takes viewers to Namibia, one of the world’s richest cheetah habitats, for a remarkable look at these graceful hunters. It follows six gangly young cheetahs as they come of age in the desert wilderness of Etosha National Park, where they learn the essential hunting and social skills that will enable them to rear families of their own. But the documentary also captures the sobering challenges that other cheetahs face on nearby livestock ranches, where farmers routinely trap and kill the cats to reduce attacks on their herds. And the NATURE special profiles the courageous work of cheetah rescuer Lise Hanssen, who is creating alternatives to the deadly rivalry between rancher and predator. While best known as a fleet runner able to sprint short distances at up to 60 miles per hour, it was the cheetah’s elegant spotted coat that caught the eye of ancient civilizations. Indeed, “cheetah” means “spotted one” in the Hindi language. But while many people think of cheetahs as being close relatives of the other bigs cats, such as lions and tigers, they are actually quite different. 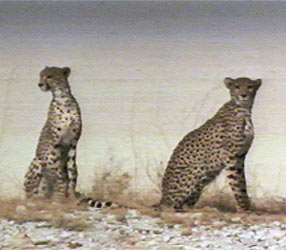 One difference is that cheetahs evolved much earlier than other large cats, arising from a cat-like mammal that lived about 4 million years ago. As a result, their bodies are different from lions, tigers, and other great cats in many ways. Cheetah claws, for instance, don’t retract like a house cat’s, in part because the cheetah needs the extra traction during high-speed sprints. Similarly, cheetahs don’t growl. They hiss or give a bird-like chirp instead, because they lack the vocal anatomy to roar. Most importantly, cheetah bodies are uniquely built for speed. Their small heads offer little wind resistance, while their exceptionally long legs allow them to take huge strides. During sprints, the cheetah spine acts like a giant spring, storing energy that can be released in explosive surges. And the cheetah’s enlarged heart, lungs, and liver help deliver bursts of oxygen and energy, while specially ridged foot pads help provide traction, much like a car’s tire. Such adaptations “make cheetahs the elite race cars of the animal world,” says Don Person, a Dutch biologist who has studied cheetahs in East Africa. “They are speed demons.” Cheetahs also have a distinct family life. Mothers typically have from one to six cubs, which are born blind and toothless. By five weeks old, however, their eyes are open and the young cats have developed a taste for fresh meat. But the cubs won’t start hunting on their own until they are nearly two years old, when their mother leaves them. Once on their own, brothers and sisters will go their separate ways. Females live relatively solitary lives, seeking out territories in which they raise their own families. Males, in contrast, sometimes hang together, with brothers forging alliances for hunting and attracting mates. “Working together, male groups can bring down bigger prey and increase the odds of having an offspring that carries on their line,” notes Person. “In contrast, females alone carry the burden of raising and feeding their young.” Not surprisingly, a cheetah’s life in the fast lane is relatively short. Most wild cheetahs live less than 10 years, and many cubs never make it to adulthood, killed by disease, starvation, or attack by lions and hyenas. In captivity, however, they often reach a dozen years old or more. “It’s not an easy life,” says Person. “A foot injury that might just slow a human runner,” for instance, “might be the beginning of the end for a cheetah. They literally depend on their legs for survival.”

The Himalayas
Spy in the Wild | Episode 1 | Love
Additional Print and Web Resources
My Bionic Pet
Inside the Animal Mind
Broken Tail: A Tiger's Last Journey