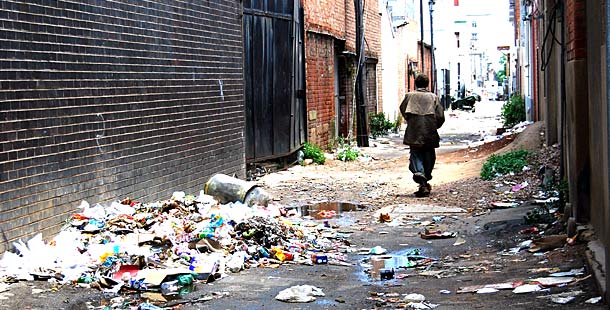 The natural beauty of Victoria Falls betrays little of the tumultuous politics of Zimbabwe. In the past decade, the southern African country has endured a severe economic and humanitarian crisis under the authoritarian regime of President Robert Mugabe. It suffers from the world’s highest rate of inflation, massive shortages of food, water, electricity, and fuel, 90 percent unemployment, a collapsed education and health care system, and an ongoing deadly cholera epidemic.

But since February 2009, for the first time since he took power in 1980, Mugabe is no longer the sole leader of Zimbabwe. Almost a full year after disputed elections, he finally agreed to a power-sharing agreement with his rival, opposition leader Morgan Tsvangirai. This fragile unity government must now work together to set the country on the long road toward economic recovery.

There are signs of improvement already: schools are reopening, the public health system is slowly beginning to function again, and basic food staples are returning to shop shelves. Many Zimbabweans, across the political spectrum, are optimistic for the first time in years that their country’s collapse can be reversed.

On the day that the unity government took effect, PBS’s international affairs series WIDE ANGLE launched a two-part web-exclusive feature, going undercover with an intrepid Zimbabwean journalist who filmed what life has been like under Robert Mugabe for activists, journalists, and the millions of Zimbabweans who go to great lengths to put food on their tables every day.

SHARE
Features
Visualizing the Scale of the Falls
Victoria Falls - Preview
Map of the Falls
Music from the Film
Interview: Producer/Cameraman Jamie McPherson
Photo Essay: Victoria’s Many Moods
You May Also Like
KALAHARI – The Great Thirstland
Why We Love Cats and Dogs
Fellowship of the Whales
Pets: Wild at Heart | Episode 2 | Secretive Creatures
Season 29 Preview
Silence of the Bees