BOB ABERNETHY, anchor: Now, a special report on the sexual pressures on pre-teenage girls. Parents, social critics, and many young girls themselves deplore it, but sex sells, so advertisers and entertainers use it to attract audiences. They use it without the regulation or social pressures that once were restraining forces. And they use it without censorship, which hardly anyone favors. Mary Alice Williams reports on the media and the children who are its targets.

MARY ALICE WILLIAMS: They’re sweet. The sexually debasing lyrics they’re mimicking aren’t. Ever since Elvis shimmied his pelvis, parents have worried about protecting their teens from the obscene. This is different. These aren’t 17-year-olds. They’re 11. And these self-confident sixth graders and even their younger siblings are increasingly exposed to torrents of overtly sexual messages by people selling things to preteens. 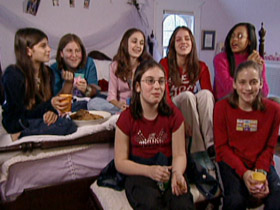 KERRY (Teenage Girl): This sexual stuff you don’t just see on TV. You see it day to day. It happens in middle school. It will happen in high school. You just see it around.

Dr. JEAN BETHKE ELSHTAIN (University of Chicago Divinity School): There’s certainly a relationship between the culture and the increase of sex because of the many cultural messages that bombard young people daily.

WILLIAMS: According to studies, more girls than ever before are sexually active before their 15th birthday. One in 12 children has lost his or her virginity by the eighth grade. Almost a fourth of ninth graders have slept with four or more partners.

Dr. Michael Rich, a pediatrician who treats adolescents only, talks with his teenage patients daily about sexual issues. He says he is seeing more sexually transmitted diseases in younger and younger children and that expectations of sex have changed drastically.

Dr. MICHAEL RICH: What we are seeing now that is different from previous years, I think, is that sex is expected. Sex is part of the normal interaction, day-to-day interaction between boys and girls. 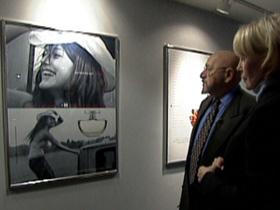 JERRY DELLA FEMINA (Advertising Executive): This is about as sexy as we get.

WILLIAMS: Advertising agent Jerry Della Femina doesn’t use sex to sell his clients’ products. But he knows why people do.

Mr. DELLA FEMINA: It’s easier to be lewd than to be creative, and people try to get attention, and the one thing that gets attention is sex. Sex sells. People turn around. They look at it.

WILLIAMS: Like many in the industry, he thinks it is up to the parents to monitor what their children see and hear.

Mr. DELLA FEMINA: I believe that it is the parents’ job to provide them with a sense of values so that if they do see something that is off, they are not affected by it.

WILLIAMS: Diane Levin, with the Coalition to Stop Commercial Exploitation of Children, studies the effect of culture on kids’ behavior.

DIANE LEVIN (Coalition to Stop Commercial Exploitation of Children): I have interviewed thousands of parents, and they agree it is their job and they try very hard to do it, but they can’t keep it out of their children’s lives. I resent that I have to struggle with this issue. I think that in the best of all possible worlds we would have a society that is trying to create an environment that helps parents in their job instead of making it harder. 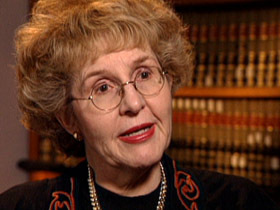 Dr. ELSHTAIN: At one point in time in this culture, the assumption was that families and churches and schools, and even the wider culture, reinforced one another in helping to sustain children through a period of growing up. And I think that coherence has broken down.

STEPHANIE (Teenage Girl): The sixth graders learned how to do something they are not supposed to do. And it is called “giving booty.”

RACHAEL (Teenage Girl): The girl like gets in front of the guy and the guy is behind her.

CASEY (Teenage Girl): It’s like — I just don’t really want to tell you.

WILLIAMS: Like them, the majority of preteens don’t engage in sexual behavior, but they are aware of what they see around them. Sixth graders know about a concept many of their parents hadn’t heard of till college: oral sex. SEVENTEEN Magazine says 55 percent of teens have engaged in oral sex.

ALICE: According to a lot of people, it keeps you a virgin.

LEA (Teenage Girl): Because it is kind of like having sex, but you are not really doing anything and you can’t have a baby, and they don’t think there is any consequences.

Ms. LEVIN (referring to an ad): Her breasts look like they are about 50 percent of her weight. 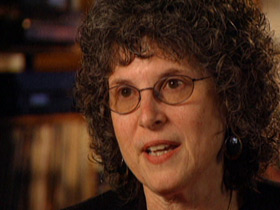 WILLIAMS: What messages are you getting about who you are supposed to be?

SARAH (Teenage Girl): So basically stuff that is on the outside. Not on the inside.

WILLIAMS: It’s how these children should be developing on the inside that concerns ethicist Jean Bethke Elshtain.

Dr. ELSHTAIN: To the extent that your time is devoted to engaging in these kinds of activities, it’s taken away from other sorts of possibilities at very crucial ages for young people, when they’re learning how to be to the kinds of adults that they’re going to become.

WILLIAMS: How did it get this far? Television producers, advertisers, movie producers, magazine editors outdoing each other for the big sell — with almost no limits imposed on them.

Ms. LEVIN: The entertainment industry is unethical in its practice of marketing sex and violence to children. They will use whatever techniques they can to capture the attention of an audience so they will be interested and engaged and hopefully buy what is being marketed.

RACHAEL: Everyone has something, you know, that is not perfect about them. So I think that magazines, TV shows should stop putting that message out to everybody.

WILLIAMS: Can you legislate the images coming at our children? Jerry Della Femina doesn’t think so. 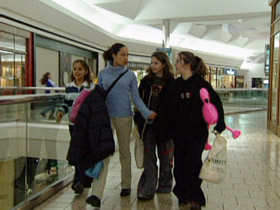 Mr. DELLA FEMINA: I don’t like that this is the way we are going as a nation. It is time to censor these people. I don’t want to be part of that.

Dr. ELSHTAIN: People have to get licenses to broadcast. So it seems to me that there’s some way, without in any way moving into real censorship, there are ways that you could set up certain guidelines.

Ms. LEVIN: One of the reasons it is so important that government play some role in regulating and setting standards is that once it becomes a level playing field for the whole industry, then it will help the whole industry become more ethical.

CASEY: It does rub off on you a lot of times, and it makes you feel that this is the way that you are supposed to be and that guys will like you because you have big boobs, and then after a while you think that it is normal.

WILLIAMS: Perhaps normal to adults too, to the extent that they are increasingly desensitized to the saturation of sexual messages and squeamish about talking with their children. Sex education is left to the schools, which are restricted from teaching the realities of oral sex and doing “booty.” But our children are still learning and absorbing values from what they see around them. I’m Mary Alice Williams for RELIGION & ETHICS NEWSWEEKLY in New York.

ABERNETHY: We tried to get comments from people in the TV, magazine, and record businesses who are using sex to sell, but their spokespeople all declined.