BOB ABERNETHY, anchor: As war against Iraq looms, we wondered what the reaction to war might be among the rest of the world’s 1.2 billion Muslims.

We spoke with Seyyed Hossein Nasr, University Professor of Islamic Studies at George Washington University in Washington. Dr. Nasr is a Muslim, a native of Iran, where he taught at and became vice chancellor of Tehran University. He has been a U.S. citizen for 20 years, and is the author of many books — most recently THE HEART OF ISLAM and ISLAM. On Iraq, Nasr thinks the Muslim reaction will depend on the kind of war that is fought. 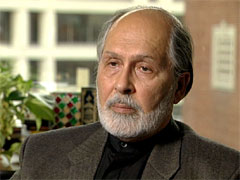 Dr. SEYYED HOSSEIN NASR (Professor, Islamic Studies, George Washington University): If, supposing you were to have a very short battle and very few people were killed and there would be a good government that was not just a puppet, but an Islamic government, the Iraqi people themselves would be very happy afterwards and there would not be that much anger. But if it meant in the eyes of Muslims that there is a further weakening of the Islamic world, that everybody has to be in line, otherwise they’ll be crushed, I think it would result in the only way that people who are very angry [and] have no access to ordinary channels of political expression would have recourse to, that is violence, terrorism, sabotage, God knows what. It’s very volatile.

ABERNETHY: Nasr said Muslim reaction would be guided by the Koran, which accepts war if it is to defend one’s homeland or religion. Also influential, said Nasr, is the idea of the ummah, the unity of all Muslims, demonstrated each year at the hajj in Mecca. A million or more Muslim pilgrims from all over the world gather to pray and visit Islam’s holiest sites, experiencing in the process a sense of their oneness. I asked Nasr whether that unity would make an attack on Iraq seem like an attack on the whole Muslim faith. 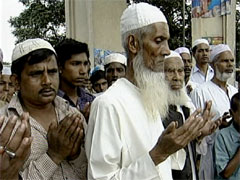 Dr. NASR: At the present moment, it’s being seen as an attack on Islam — because all of these countries that America attacks seem to be Islamic: Somalia, Afghanistan, Iraq and so forth.

ABERNETHY: After 9-11 there was a lot of sympathy for the U.S. among mainstream Muslims. There is still good will toward the American people, said Nasr, but not toward U.S. policies, especially support of Israel.

Dr. NASR: The tragedy of 9-11 was followed almost immediately by much stronger Israeli attack against Palestinian areas. And the Muslims felt that the United States has just given an open hand for this to take place. It’s seen on the television in the Arab world and the rest of the Islamic world all the time.

Dr. NASR: But this was veered off towards the war against Iraq which, for the vast majority of Muslims, carries no moral authority and even no logic because Iraq, they feel, is not a threat to the United States. 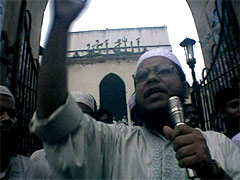 ABERNETHY: Nasr condemned the 9-11 attacks as the work of extremists who disobeyed their religion’s teachings against killing the innocent.

Dr. NASR: They are people who are blinded by their own narrow, exclusivist interpretation of religion. They are not really traditional, orthodox, mainstream Muslims, by any means.

The people who are called traditional Muslims — that is, people who are neither fundamentalists, Islamists, extremists on one end, nor rabid modernists and secularists on the other end — they still constitute about 90 percent of the Islamic world.

ABERNETHY: Nasr insists that that mainstream majority did condemn the 9-11 extremists.

Dr. NASR: You take the most eminent representatives of Islam — all of them came out with very, very clear and categorical opposition to terrorism. 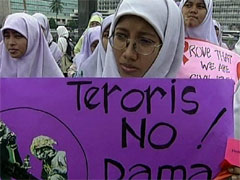 There was a lot more opposition by these people against the terrorists and exclusivists than there has been in the United States by mainstream Christians against those extreme voices who call Islam a religion of evil and try to demonize Islam.

ABERNETHY: But don’t Muslim extremists do the same thing against Americans, calling us infidels?

Dr. NASR: Absolutely. Absolutely. The problem is mutual. There is practically the mirror image — that preacher in Saudi Arabia who vilifies Jews and Christians has his exact image in someone in Georgia who is vilifying the Muslim.

ABERNETHY: And what do we do about it?

Dr. NASR: We should stand up — be brave enough to stand up vis-á-vis members of our own community who are narrow-minded, who are really, through a kind of blind exclusivism, are carrying us all into, towards a direction of perdition and of loss and, God knows, chaos.

The great challenge is how to remain a good Muslim or a good Christian and at the same time have the empathy to be able to penetrate into the world of the other without vilifying the other. God’s creative power is not limited to just my religion or your religion. God is infinite.

ABERNETHY: Dr. Nasr also said there is no reason a post-war Iraq could not develop a democratic government. But he insisted democracy could not be imposed by outsiders; it would have to grow from within.