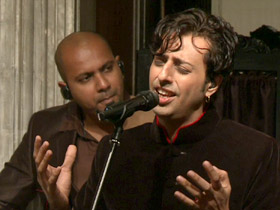 LUCKY SEVERSON, correspondent: This is a beautiful musical rendition of the Islamic call to prayer. It's performed by Salim and Sulaiman Merchant, internationally acclaimed composers of over 100 Bollywood films and television programs.

SALIM MERCHANT: We've made all our other hits, and they come and go, but these devotional songs, they stay on.

SULAIMAN MERCHANT: We might not be missionaries in its truest form, but in a lot of ways we go out there and spread our love through our music.

SEVERSON: Salim and Sulaiman are Muslims, Ismaili Muslims, a Shia sect of about 15 million scattered around the globe. Ismailis are unique, they say, because throughout history they are the only Shia community led by a living hereditary imam in direct descent from the Prophet Muhammad. His hereditary title is Aga Khan, and it was the Aga Khan who inspired them to make devotional music.

(to Salim and Sulaiman Merchant) Do you look at the imam as a holy man? 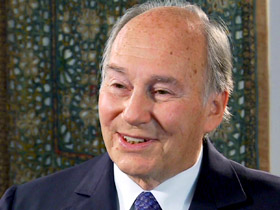 SULAIMAN MERCHANT: We pray to him to pray for us, and the beauty of that is we have somebody who's guiding us through our days.

SEVERSON: Is that a heavy weight on your shoulders?

HIS HIGHNESS THE AGA KHAN: Every day, every second.

SEVERSON: It is very rare for the Aga Khan to grant interviews. We caught up with him in Toronto:

(speaking to the Aga Khan): You are a spiritual leader, a businessman, treated like a head of state. I think you were just with the prime minister yesterday. Which of those hats are most important to you?

AGA KHAN: The institutional hat, which is the hat I inherited from my grandfather.

SEVERSON: As a spiritual leader?

AGA KHAN: As the imam of the Ismaili community, by far. 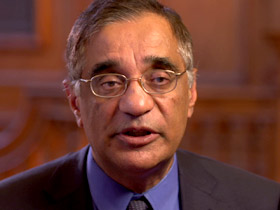 SEVERSON: He was only a 20-year-old student at Harvard when his grandfather bequeathed the title Aga Khan to him, bypassing his father who was known as a rich playboy who was once married to the actress Rita Hayworth. The Aga Khan is both a billionaire who owns private jets and yachts, and is welcomed internationally as a spiritual leader and for his work in social justice.

PROFESSOR ALI ASANI (Professor of Indo-Muslim and Islamic Religion and Cultures and Director of Islamic Studies Program, Harvard University): He is interestingly a very shy person, he doesn't like too much publicity. He seems to be a person who just wants to do his work quietly.

PROFESSOR ASANI: Actually, when you look at his history and look at what he's accomplished, I do not think there is any Muslim leader in the world today who has such a record of accomplishment.

SEVERSON: The Aga Khan is the first faith leader to address a joint session of the Canadian Parliament.

AGA KHAN: (speaking before Canadian Parliament) We are active in the fields of economic development, job creation, education, health care, as well as important cultural initiatives. Our work has always been people-driven. 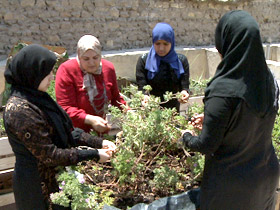 SEVERSON: With the help of tithes from Ismailis, the Aga Khan presides over one of the world's richest charitable organizations, although Ismailis don't see it as charity. They see it as their moral duty. The Aga Khan Development Network, the AKDN, is huge. It operates around the world, but primarily in the poorest regions of Africa and Asia. The network has a simple mandate: to relieve disease, deprivation, and ignorance for the people they serve, no matter their faith. The same is true of the network's many thousand employees, who come from all different faiths.

PROFESSOR ASANI: For Ismailis, faith consists of two dimensions. There are obligations to God, what we say, worship and prayer and spiritual growth and so on, and then there are obligations to larger society, especially the poor, the sick, the needy. One has to be engaged in social-justice work. It's not only part of faith, but it's also an important part of one's spiritual and ethical development as a person.

AGA KHAN: (speaking before Canadian Parliament) Islam believes fundamentally that the spiritual and material worlds are inextricably connected. Faith is a force that should deepen our concern for our worldly habitat, for embracing its challenges, and for improving the quality of human life.

SEVERSON: That is why the AKDN is at work in some of the poorest regions of the world, places, the Aga Khan says, that are ripe for violence and terrorism. 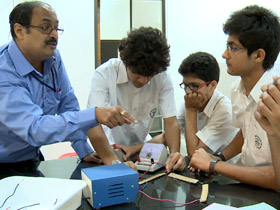 AGA KHAN: Not only does it come from poverty, but frankly in many areas it's predictable. The question is, when did that become explosive, and how do you stop it from becoming explosive?

SEVERSON: How do you?

AGA KHAN: Preempting it. Changing the basics of the quality of life and giving people, replacing despair by hope. People are driven by hope.

SEVERSON: And in his view, hope begins with education, one reason his network operates academies and schools for both boys and girls, like this one in Mombasa, [Kenya].

AGA KHAN ACADEMY STUDENT: Every human being has a role to play in this society, and the purpose of someone being educated is to, one day, to give back to their society and help improve their society.

SEVERSON: The AKDN oversees projects ranging from a cardiac surgery and cancer center in Nairobi and a hydropower plant in Uganda. The Ismailis are renowned for their contribution to the arts and Islamic culture, like the new Aga Khan Museum in Toronto, the first art museum in North America devoted to Islamic art and culture. Ruba Kana'an is the director of education and scholarly programs.

RUBA KANA'AN (Head of Education and Scholarly Programs, Aga Khan Museum): Our core mission is education, is building bridges between cultures through art, through interaction and engagement around art.

SEVERSON: This navigational instrument, called an astrolabe, kind of like an ancient GPS, is an example that Islamic, Christian, and Jewish scholars worked on together. 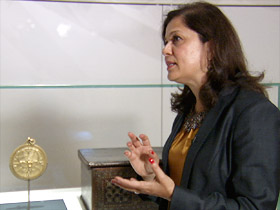 RUBA KANA'AN: For Muslims they needed this to find the directions for prayer towards Mecca and the times of prayer. What's fascinating about this specific instrument is that it has on it inscriptions in both Arabic, Latin, and Hebrew.

SEVERSON: The Aga Khan Trust for Culture creates jobs by restoring ancient holy places, like the Blue Mosque in Cairo and Humayun’s tomb in Delhi.

Aga Khan Award for Architecture Video: "Founded by His Highness the Aga Kahn in 1977, the award has established a reputation as one of the most prestigious and coveted prizes in its field..."

SEVERSON: The Aga Khan offers a million-dollar prize for revitalizing architecture. The AKDN helped transform the Al Azhar Park in Cairo from a 500-year-old garbage dump to an oasis of beauty. The Aga Khan says the ethics of his faith guides everything he does.

AGA KHAN: Islam says that we as Muslims have to leave the environment in a better condition than we found it, when we were born. In other words, Allah has entrusted to the human race the duty to improve, work with his creation. And that's why the Aga Khan Trust for Culture is called a Trust, and that's how the ethic of the faith comes into the way you work. 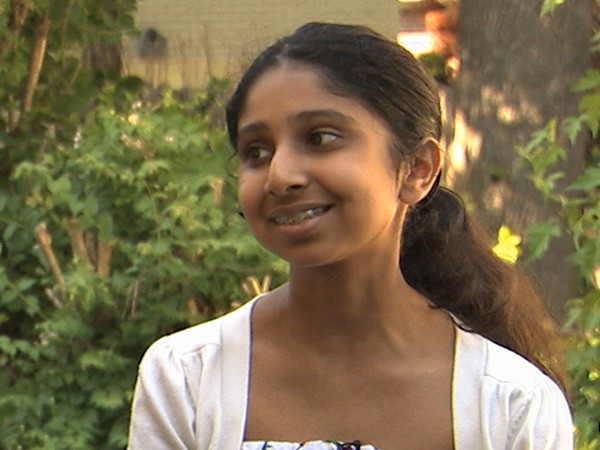 SEVERSON: His title means "Great King," and his followers do treat him like royalty. In fact, they seem to adore him. Listen to 13-year-old peace activist Alyna Nanji.

SEVERSON: Have you met him?

SULAIMAN MERCHANT: It's difficult to kind of describe that because he has so much divinity. It becomes very difficult for us to talk in front of him, and singing is even more challenging.

SEVERSON: But there are those within Islam who do not revere the Aga Khan or the Ismailis. 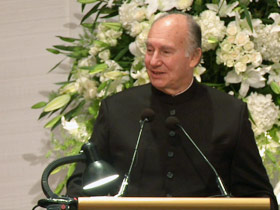 PROFESSOR ASANI: During their history, the Ismailis suffered a great deal of persecution at the hands of the caliphs, but also those who hold other interpretations of Islam. Ismailis in Syria have been also attacked or have been surrounded by ISIS, on the one hand, and Al Qaeda on the other, because these are groups that generally don't tolerate the Shia, but particularly the Ismailis. So this history of persecution continues today.

SEVERSON: Are you generally optimistic?

AGA KHAN: No, frankly. No. I would hope that we would see a greater tolerance and greater acceptance of the divisions in society, because I think we are seeing forms of polarization which are very, very unhealthy, indeed.

SEVERSON: That's why the Aga Khan, who is 78 this year, travels the globe, doing his best to alleviate poverty and practice tolerance.

Around the world there are approximately 15 million Ismaili Muslims, who belong to the Shia branch of Islam. Their spiritual leader is the Aga Khan, who traces his ancestors directly back to the Prophet Muhammad. A wealthy philanthropist, he has made it his mission, based on his faith, to fight poverty, encourage peace, and promote religious understanding. We spoke with him in Toronto, where the Aga Khan Museum, the first art museum in North America devoted to Islamic art and culture, recently opened to the public last year.