BOB ABERNETHY, anchor: A couple of years ago, in California, a new college opened its doors. It's new in more than one sense: its teaching is based on Buddhism, and it's run by a powerful, sometimes controversial Japanese religious sect. Saul Gonzalez reports.

SAUL GONZALEZ: Sitting on a scenic hilltop, it resembles a charming Mediterranean village. Come within and you find 103 acres of stately architecture, spacious plazas, and tranquil gardens. 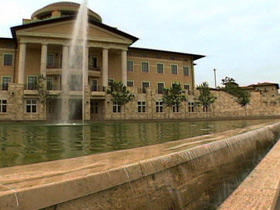 This is Southern California's Soka University. Opened in 2001 by a powerful Japanese religious sect called Soka Gakkai International, the $226 million school is the first college campus in the United States whose academic values and teaching principles are inspired by Buddhism.

Daniel Habuki is Soka University's president. He says Soka Gakkai -- the largest lay Buddhist organization in Japan -- has built this school as a bridge between East and West.

Dr. DANIEL HABUKI (President, Soka University): It is a great opportunity for us to bring this eastern wisdom and western wisdom and kind of mix things. And maybe we can bring something very unique to the present society.

GONZALEZ: Although Soka University's liberal arts curriculum is nonsectarian and classroom instruction here looks much like it would at any other American college campus, professors teach their classes according to general Buddhist principles emphasizing peace, human rights, and the sanctity of life.

Soka students are also required to study abroad and learn a foreign language. This, say school officials, helps cultivate a sense of global citizenship and crosscultural understanding among those enrolled here.

However, not everyone believes that Soka Gakkai has lived up to the virtues and values this campus is supposed to represent. Critics of the movement say that in the past, it has too often acted like an intolerant religious cult, more concerned about accumulating power than promoting spiritual enlightenment.

In Japan, where nearly one in 12 citizens is a Soka Gakkai member, the sect has been accused by some of religious chauvinism and meddling in Japanese politics. 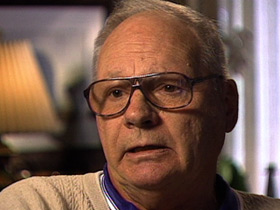 Prof. HAMMOND: In the 1960s, SGI began a political party called Komeito that ran candidates for parliament and local offices as well, and somehow developed a reputation that was essentially fascist, trying to take over Japanese society.

GONZALEZ: Many Japanese feared that Soka Gakkai was bent on undermining the country's postwar separation of religion and politics and imposing its version of Buddhism on Japanese society. Critics also accused the religious movement of overzealous recruitment tactics called "shaka buku," or break and subdue.

Prof. HAMMOND: This was a justification for actually using physical effort to bring people in to attend a session. Once you are there you will be convinced of the correctness of our position. Well, that went over like a lead balloon.

GONZALEZ: Soka Gakkai, which claims to have 300,000 followers in the United States, acknowledges past mistakes and says it is the midst of internal reform. 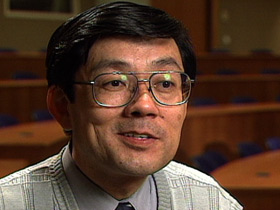 Dr. HABUKI: I believe that the organization in an immature period made many mistakes for sure. But they are learning a lot and they are changing, learning new things. They are getting more mature.

Dr. HABUKI: I know I am not going to convert anybody. If I do, I know I'll get into some very big problems!

GONZALEZ: Although more than half of Soka University's students are Buddhists, and many of those Soka Gakkai members, undergraduates of other faiths say what they are learning here is strengthening their own religious convictions.

Dr. HABUKI: We care about other people's happiness too. So we like to help the student live that kind of life. If somebody would like to become happy, he or she cannot ignore other people's conditions.

PILLIPINO NAVARRO (Student, Soka University): Would you not agree that peace is something that we all want? And human rights? And many other values.

GONZALEZ: As a Catholic, you can embrace this place? 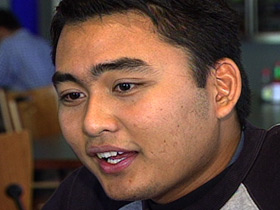 Mr. NAVARRO: Exactly. And as a Catholic, I believe I'm growing.

GONZALEZ: Most of the school's professors are not Buddhists. They have been recruited from colleges across the country, attracted by the idea of being academic pioneers, creating a new university from scratch.

Professor HARI KANTA OGREN: It is very exciting to be a part of it, and a little scary sometimes. Do we know what we are doing here?

GONZALEZ: Looking ahead, Soka University hopes to boost its enrollment to 1,200 students within the next decade. As it grows, one thing this campus doesn't have to worry about is money. Just over a year old, the university already boasts a $300 million endowment -- funding that's been contributed to the school by Soka Gakkai and its members.

ABERNETHY: Meanwhile, several teachers at the college have announced they are leaving because they don't feel free to criticize the Soka Gakkai sect.

Southern California’s Soka University resembles a charming Mediterranean village. Opened in 2001 by a powerful Japanese religious sect called Soka Gakkai International, it is the first college campus in the United States whose academic values and teaching principles are inspired by Buddhism. Inside, one can find 103 acres of stately architecture, spacious gardens, and tranquil gardens.