BOB ABERNETHY, anchor: Over the years, Catholic leaders have often expressed their opposition to certain uses of science, such as anything that threatens human life. But the Church has no objection to basic scientific research itself — far from it. That work is honored as trying to understand what God created, such as the entire visible universe, as Saul Gonzalez reports. 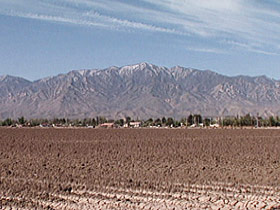 It’s a mountain with an abundance of natural treasures, such as snow-fed springs and old-growth forests.

And on Mount Graham’s peak can be found another kind of treasure. It’s both an observatory and one of the world’s most unusual scientific research centers, unusual because of the institution that built, operates, and staffs the state-of-the-art telescope — the Vatican.

Dr. CHRIS CORBALLY (Vice-Director, Vatican Observatory Research Group): It is so often a huge surprise to Catholics, let alone to everyone else, that the Church does have a professional scientific observatory. 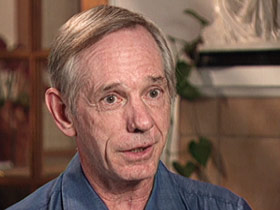 Dr. CORBALLY: We are scientists, but we are also scientists as we are representing the Catholic Church’s regard for science, and that, as far as the Church is concerned, is its purpose — is to do good science and to show that the Church values good science.

GONZALEZ: Of course, the Catholic Church has often had a troubled relationship with science, most famously in the 17th century, when Church authorities put the astronomer Galileo on trial for heresy for arguing that the earth revolved around the sun and not vice versa. The astronomer was found guilty and placed under house arrest until his death. 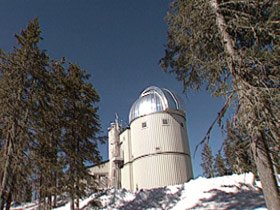 Although most Catholics embraced Galileo’s views centuries ago, it took until 1992 for the Vatican to issue a formal apology for the astronomer’s trial and treatment by the Church. Now the Catholic Church honors the astronomer’s importance.

Dr. CORBALLY: I respect Galileo. I respect his science very much, and as Newton said, “We stand on the shoulders of giants,” and he is one of the giants on whose shoulders we stand.

GONZALEZ: The Vatican’s Mount Graham Observatory is known formally as the Vatican Advanced Technology Telescope. Run in cooperation with the University of Arizona, the observatory has been used to study everything from comets in our own solar system to exploding stars and vast nebulae in distant corners of the galaxy.

As evening approaches, Father Jose Funes, one of the Vatican’s staff of 12 priest-astronomers, is preparing the telescope for a long night of observation. Father Funes’s research focuses on how newborn stars, as depicted in this NASA animation, affect the development of galaxies. 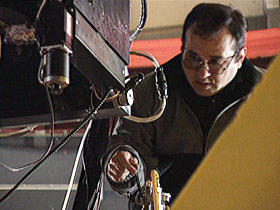 Father JOSE FUNES (Vatican Staff Priest-Astronomer): There are different kinds of galaxies: elliptical galaxies, disc galaxies, spiral galaxies. And, in this case, in this particular project, we are looking for star-forming regions in the outer part of the disc. So we are interested to know what are the physical conditions that can trigger star formation in clouds or can stop them? And for the moment we don’t know the answer.

GONZALEZ: The Vatican provides about $1 million a year to operate this observatory. Its money, the Jesuit astronomers say, comes with no strings attached.

(To Father Funes): No one at the Vatican and in Rome tells you what you can do or can’t do?

Fr. FUNES: No. No. No. We are completely free to do the research we think is important.

GONZALEZ: Actually, the Vatican’s interest in studying the heavens dates back at least to the late 16th century, when the Catholic Church set out to fix problems in the old Western calendar, problems which jeopardized the accurate observance of holy days. 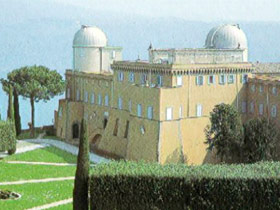 Dr. CORBALLY: The Church found that the calendar that we follow, the dates that we have, was getting out of synchronization with the seasons. And so Easter was in danger of slipping backwards into a winter feast, and yet in the Northern Hemisphere it has got to be a springtime feast for the Resurrection of Christ. That is when the Church brought in a team of mathematicians and scientists to advise on reforming the calendar.

GONZALEZ: It was Pope Leo XIII who, in 1891, founded the modern Vatican observatory — its telescope was located near St. Peter’s Basilica. In the 1930s, the observatory was moved to the pope’s summer residence at Castel Gandolfo, just outside of Rome.

In 1981, the Vatican moved its astronomers to Arizona. That was followed by the installation of the Mount Graham telescope in 1993.

For astronomers like Jose Funes, this mountain, far from sources of light pollution, is an ideal location from which to observe the heavens. 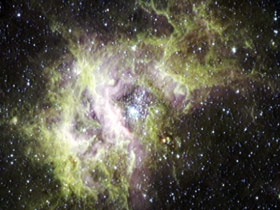 GONZALEZ: Like their professional colleagues at other observatories and research institutions, Vatican astronomers and astrophysicists are trying to unlock the secrets of the universe and push back the frontiers of human knowledge and understanding. But they say they have another important mission: to build a bridge of understanding between science and religious faith.

Dr. CORBALLY: It goes together, and it goes together naturally in our lives, and maybe that’s an inspiration to people who are also trying to, you know, be — to join their science with their faith and say, “No, there isn’t a contradiction between the two.” The whole realm of the heavens is part of our Christian lives, as well as understanding how the whole universe works is part of Christianity.

GONZALEZ: Vatican astronomers say that their efforts to understand the cosmos are a form of ministry. It’s a ministry which extends to what they believe are the farthest reaches of God’s creation.