Q: What is a family?

ANNA GREENBERG: A family is many things. Families are quite diverse, and what you see when you look at the American public is that they have very, very different notions of what a family is. Overall, about 75 percent think of kinship networks. They think of someone they’re related to by blood. But then when you ask them what does that look like, it can be friends, it can be family, it can be people they feel emotionally connected to. What’s interesting is that very few say the nuclear family — mother, father, married with children. 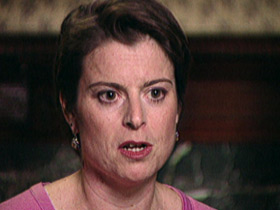 ANNA GREENBERG: Absolutely. Overall, if you look at this study, the vast majority think that God has said there should be marriage between a man and a woman for life. But if you look at how people live their lives it’s quite different, and if you look at their attitudes it’s quite different. A majority accepts divorce; a majority accepts cohabitation. The really interesting thing is that people who are in nontraditional families — in other words, they are single or they’re cohabiting — the vast majority of them think marriage is between man and woman for life.

Q: And how do you define family for the survey?

Q: And what are the rest?

ANNA GREENBERG: The rest are older and don’t have children anymore, or they’re younger and they’re single.

Q: You found a gap between the ideal of the family and the realities of family life.

ANNA GREENBERG: I think one of the most important things we found in this survey was a gap between belief and reality. Overall people have very romanticized and idealized views of marriage. Three quarters say it should be between a man and a woman for life. A vast majority believe that kids should be raised by parents who are married. But then when you look at issues of divorce, cohabitation, trial marriage — in fact, people are very open and accommodating towards divorce. Over half say divorce is an acceptable resolution of conflict within marriage; over half say it is okay for people to cohabitate — and I think it is a recognition that in reality most people can’t quite live up to that ideal.

Q: Talk about the apparent tolerance for things a lot of people used to object to strenuously.

ANNA GREENBERG: One of the things that is very surprising about this study is that if you look at religiously conservative people, mainly evangelicals [and] traditional Catholics, they have very traditional notions of what a family should look like, and yet they have some fairly tolerant attitudes. For instance, only about a third of them say divorce is a sin. In particular, if you look at Catholic teachings, the notion of divorce being a sin is quite well established. 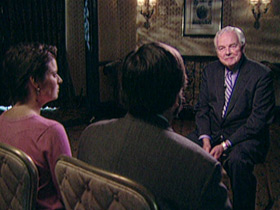 Q: What surprised you about the findings?

ANNA GREENBERG: I’m surprised at the level of tolerance of religious conservatives around a whole range of issues related to marriage and family. Although they hold idealized and traditional notions about what a family should look like, they are largely tolerant of divorce, of people living together. I think [this is] basically a reflection of the lives they are leading.

JOHN GREEN: A couple of things surprised me. One is the greater tolerance and acceptance of even conservative religious people of deviations from the ideal of marriage, but also the fact that many people who are not in traditional families nonetheless have very vibrant spiritual lives. They pray; they have family devotions; religion is important to them. This suggests to me that religion as a coping mechanism is still important to many people, even if they’re not involved in congregations.

Q: What are the effects of the gap between the ideal and the real among nontraditional families when it comes to religion?

Q: Is it an opportunity, though, for a lot of churches that could be but are not now reaching out to nontraditional families?

JOHN GREEN: Absolutely. I think that many churches are missing an opportunity to be of service to the community, because there are lots of people in these nontraditional families that could benefit from the resources that churches bring.

Q: On a whole range of questions it seems as if there was a remarkable acceptance of the nontraditional by lots of other people.

ANNA GREENBERG: I think that we are becoming a country that is more open, more tolerant of diverse families. I think in part that’s just a reaction to the reality that we are not a majority [of] married-with-children families like we were in the 1950s. So what you see is a majority of people thinking that divorce is an acceptable resolution to marital conflict, almost a majority saying that cohabitation is perfectly acceptable. Few are saying that they support trial marriage. You also see, I think, broad acceptance for gay adoption — you know, the notion that gays can be part of a family. There’s a little bit of hesitation about gay marriage, but in general [acceptance] that gay people can be part of a family.

Q: And on the question of whether the government should encourage marriage?

ANNA GREENBERG: What’s really important is that people think of marriage and family as private issues. We asked people, “Do you think that government should be involved in supporting marriage initiatives to encourage people to get married, something this current administration has been attempting to do, especially with low-income folks?” And in fact the vast majority, 80 percent, say, “No, let’s just stay out of it.” And that holds true across a range of different faith traditions. Even people who hold very traditional notions about family oppose government getting involved in those efforts. 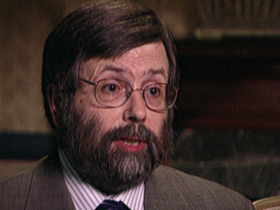 Q: There was a question on the survey about “moral values.” What did you find?

JOHN GREEN: After the 2004 election, Americans woke up to discover that the single largest priority among about one fifth of the people who voted in 2004 was moral values. There’s some debate about what that meant. We asked the same question in this survey and found, again, roughly one fifth of Americans thought that moral values were very important. But then we asked them what they meant by “moral values,” and the findings are really quite interesting. Only about 10 percent of people think about gay marriage or abortion when they think about moral values, and the largest single group thinks about matters of personal integrity such as honesty, personal responsibility. So the whole question of moral values, which matters to a lot of people, is just a much more complicated and diverse thing than a lot of people realize.

Q: There were some interesting findings about sex education.

Q: And what did people say about marriage, family, and being happy?

ANNA GREENBERG: One of the things that we know from this survey and from other research is that marriage has an impact on people’s happiness. We know from other studies that people who are religious, for instance — their children do better and are happier. We know from other research that men who are married and churchgoing and have children are happier than men who are not churchgoing. There clearly is that positive effect on happiness and, really, quality of marriage for people who participate in religious communities.