BOB ABERNETHY, anchor: This weekend will be the 100th anniversary of the birth of Dietrich Bonhoeffer, the German theologian put to death by the Nazis, whose writings and life made him a modern martyr. In the U.S. and Europe there will be observances in his honor, among them a documentary on Bonhoeffer to run on most PBS stations February 6. We have some images from that program. 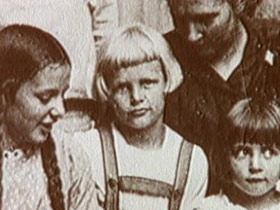 Bonhoeffer was raised in a distinguished but not particularly religious family said to have been surprised by his decision to study theology. He was brilliant, getting his doctorate at age 21. Then he spent a year at Union Theological Seminary in New York. He studied ethics under Reinhold Niebuhr and also discovered the fervor and social consciousness of Harlem’s Abysssian Baptist Church, where he taught Sunday school.

Christianity, Bonhoeffer came to believe, meant not just professing faith but really putting into practice Jesus’ teachings in the Sermon on the Mount. When Bonhoeffer returned to Germany in the early 1930s, his convictions were tested dramatically. Adolf Hitler and the Nazis were just coming to power. What should Bonhoeffer do about them? He spoke out, urging his fellow Lutherans to reject as idolatry the Nazi claim that the Führer and the state deserved allegiance above that owed to God.

Bonhoeffer also condemned Nazi persecution of the Jews, urging the Christian Church to stand with the Jews and all victims. He also helped some Jews escape.

By the late 1930s, Bonhoeffer realized that, for him, even though he respected pacifism and nonviolence in principle, Hitler’s war-making and injustice required resistance. A Christian must act, he insisted, so he joined a conspiracy to oppose Hitler. It seemed a lesser evil than doing nothing. 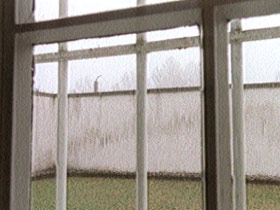 Bonhoeffer became part of a resistance cell inside German military intelligence. On trips abroad, he tried to get Allied support for the German resistance, but he was not successful. In 1943, Bonhoeffer’s fellow resisters tried to kill Hitler but failed. The Gestapo identified Bonhoeffer as part of the plot, arrested him, and sent him to prison.

Earlier, in a widely influential book, THE COST OF DISCIPLESHIP, Bonhoeffer had condemned what he called cheap grace — accepting God’s love without cost. At the same time, he extolled costly grace — grace that requires radical obedience, even the willingness to die for one’s beliefs, which Bonhoeffer did.

Less than a month before the war in Europe ended, the Nazis moved him from prison to a concentration camp and hanged him on April 9, 1945. He was 39 years old.

Some Christian pacifists say Bonhoeffer was wrong to resist evil with violence, but for millions of other Christians, Bonhoffer became an inspiring symbol of what it can mean, in times of crisis and every day, to practice what you preach.