BOB ABERNETHY, anchor: In many states around the country there are new, tough laws aimed at sexual predators who have abused children. No one opposes the intent to protect children, but in Georgia its new sex offender law is under attack by civil rights and religious activists -- among them 150 church leaders -- who say the law is so broad and so harsh it is unfair. Tim O'Brien reports.

TIM O'BRIEN: Nine-year-old Jessica Lunsford was asleep in her bed on a February night two years ago when police say she was abducted, repeatedly raped, and then murdered by a neighbor, 46-year-old John Couey. What outraged many was that Couey, a registered sex offender with a lengthy criminal record and on parole, was allowed to work on a construction project at the Florida elementary school Jessica had attended.

The case inspired the General Assembly in neighboring Georgia to rewrite its sex offender law. 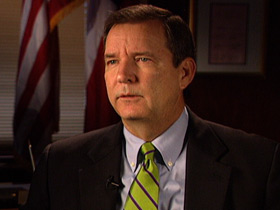 Rep. JERRY KEEN (House Republican Leader, Georgia. General Assembly): Our goal when we began that process was to draft, craft, and pass the toughest laws on sexual offenders of children and minors in the country.

O'BRIEN: Did you succeed?

Rep. KEEN: I believe we did. In Georgia, if you commit one of these offenses against our children, you're going to jail for a very long time -- a minimum of 25 years. And when you get out, you're going to be electronically monitored for the rest of your life in Georgia, and there are going to be restrictions on where you can both live and work.

O'BRIEN: Specifically, registered sex offenders are not permitted to live or work within a thousand feet of a playground, a church, a school, or even a school bus stop. While no one quarrels with the legislature's goal of protecting children, critics say the law is so broad it is unfair and may not even work.

The Southern Center for Human Rights in Atlanta has gone to court to block the law. Stephen Bright is the center's president and senior counsel.

STEPHEN BRIGHT (President and Senior Counsel, Southern Center for Human Rights): It is not making our children any safer, and it's making it impossible for a lot of people to find a place to live and, importantly, to find a place to work.

O'BRIEN: Particularly troublesome, says Bright, is the requirement that anyone on the registry not live or work within a thousand feet of school bus stops, which are everywhere. For example, this map of DeKalb County outside Atlanta shows, in yellow, areas where sex offenders were not allowed to live or work prior to the new law. Here's how it looks now. Bright says they have no place to go.

Mr. BRIGHT: The sponsor of the legislation made it quite clear that the goal was to make it virtually impossible for people on the sex offender registry to live anywhere in Georgia, because there's virtually nowhere in the state where there's housing that is not within a thousand feet of a school bus stop.

O'BRIEN: It's not just civil rights groups that oppose the new Georgia law. 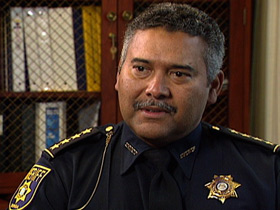 (to Sheriff Thomas Brown): You think this law does more harm than good?

O'BRIEN: Thomas Brown is the Sheriff of DeKalb County. He fears the new law will drive violent sex offenders to the one place they must never be: out of sight.

Mr. BROWN: If they're born and raised here, if the metropolitan Atlanta area is the only area they know….

O'BRIEN: You won't know where they are?

O'BRIEN: And, says Brown, sex offenders on the run are not likely to show up for required counseling or other treatment. Critics of the law say it is not only irrational in principle, but in actual practice it's even worse -- that it applies to those who are not sexual predators by any definition and to those who pose absolutely no threat to the community.

LORI COLLINS: I say I'm sorry, and I mean that from my heart.

O'BRIEN: The law applies retroactively, so Lori Collins, who had been addicted to alcohol and pain killers, must now register as a sex offender each year because of a one-night stand she had five years ago with an underage male.

Ms. COLLINS: What happened was there was a birthday party for me that was given to me by children and their families. I was put to bed that night drunk, out of my mind on narcotic medications, and I don't have a whole lot of recollection. But I know that later I was charged with many counts. I pled guilty to statutory rape.

O'BRIEN: After serving three years in prison, Collins got a job working and living at a prison ministry. She's given up smoking and drinking and even picked up a college degree while in prison. But last spring, she was told she'd have to leave, because the ministry was located within a thousand feet of a school bus stop. 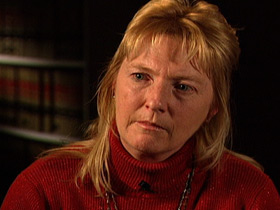 Ms. COLLINS: And I had less than five weeks or I'd be in non-compliance of the law, and I could face 10 to 30 years back in prison, just because I couldn't find somewhere to live.

O'BRIEN: If that seems harsh, well, maybe not when compared to the case of Wendy Whitaker. (to Ms. Whitaker): You are not a sexual predator?

WENDY WHITAKER (laughing): What I done, I was foolish. I made a mistake.

O'BRIEN: Whitaker's mistake was having oral sex with a high school classmate 10 years ago when she was only 17. That violated Georgia's sodomy law at the time. Even though that law has since been repealed, Whitaker, a convicted sex offender, still must register every year.

Ms. WHITAKER: I mean, they put me on the news -- News Channel 12. They have this segment called "In Plain Sight," and they put pictures of people who are registered sex offenders -- and not only a picture of you. They take your name, your address, put a map to my house, stuff like that, you know. People see me on the Internet.

Mr. BRIGHT: When two people have consensual sexual relations, that's not a sexual predator. Those are teenagers messing around, which may or may not be good, but it's certainly not a crime.

O'BRIEN: When Whitaker went to register at the McDuffie County sheriff's office last month, 10 years after the offense, she thought the end might be in sight. She learned otherwise.

WHITAKER (to O'Brien): I wasn't aware, but here it says, "You will remain on the register for life and must register with the sheriff for life." I did not -- so that means everybody for life? I didn't even know that.

O'BRIEN: The state of Georgia has branded Wendy Whitaker a sex offender for life. If that seems excessive for the sex she had with a high school classmate 10 years ago, consider the case of Janet Allison.

JANET ALLISON: Mine is a no-contact charge. I didn't have sex with anybody, didn't touch anybody. I let my daughter's boyfriend move in after we found out she was pregnant. She was 15, and he moved in and stayed with us for two weeks.

O'BRIEN: The young couple had the child and later married. Neither was charged with anything. But Allison was charged with being an accomplice to statutory rape and child molestation, and when a church moved in across the street, she had to move.

ALLISON: Well, to start with, it was kind of scary because there's not a whole lot of places that you can find. There was just nothing.

O'BRIEN: This is the only place that you could find?

ALLISON: This is the only place that I found. I think it's just really a bad law -- that they need to go back and go over it and classify people by what they've done, not by all together in one group, because we're not all the same. 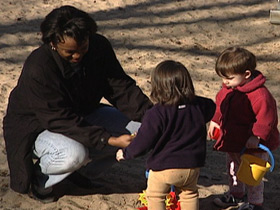 O'BRIEN: Representative Keen says fewer than 10 percent of the thousands of sex offenders on the registry are predators, but that that's enough to justify applying the law retroactively.

Rep. KEEN: We've got anywhere from a thousand to 1,500 predators -- people who we know are capable and will commit these crimes again given the opportunity -- living in the general population of the state. And the truth is we don't know who they are.

O'BRIEN: But taking your statistics, that would mean that 90 percent of them are not sexual predators?

O'BRIEN: Eighty-one year old Daniel Anderson, who suffers from Alzheimer's, would not appear to be much of a gamble. But he also was told that he and his wife would have to find a new home because they lived within a thousand feet of a church.

O'BRIEN: Sarah Geraghty is leading the court fight against the Georgia law.

Ms. GERAGHTY: I got a call from an administrator of a nursing home a few months back who was calling me regarding three people. One was someone who had six months to live; he was in hospice care. The second was someone who could not walk or talk because he was so sick with a debilitating brain disease. And the third was someone who had Parkinson's disease and was in a wheelchair. All three of these people were going to be evicted from their nursing home because it was within a thousand feet of a church. Never mind that none of them could get up and walk across the room, let alone walk the fifth of a mile to a church to molest a child. And I think we need to ask ourselves, how is that law protecting children?

O'BRIEN: A federal judge has temporarily blocked the school bus stop provision, but the rest of the law remains intact, pending the outcome of the Southern Center's lawsuit. Dr. Gene Abel, a psychiatrist, will testify as an expert for the plaintiffs against the state. 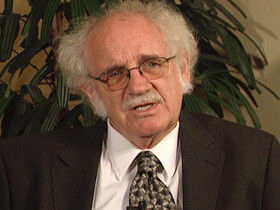 Dr. GENE ABEL (Behavioral Medicine Institute of Atlanta): Across the country, issues relating to child molestation have taken fire since Boston, since the debacle with the Catholic Church. And there's increasing concern about that, and so across the country there were increased numbers of rather tough laws. And, of course, the realities are there wasn't any evidence these laws were effective.

Mr. BRIGHT: I think this is just sheer demagoguery. I mean, every politician wants to show they're tough on crime. There's no group of people in society that are less popular than sex offenders. And so this is sort of a symbolic gesture to show the people of Georgia that their legislators are tough on crime and particularly with regard to sex offenders.

O'BRIEN: And the Georgia law does appear to have wide public support.

Rep. KEEN: We just completed an election in November, and the voters in this state overwhelmingly brought back every incumbent in the House and the Senate who voted for the bill.

O'BRIEN: The Georgia law may surely appeal to the natural instinct to get tough on sexual predators, particularly those who would harm children. But it's a closer call whether the law will actually make the community any safer or, as the critics contend, merely create a new class of additional victims.

In many states around the country there are new, tough laws aimed at sexual predators who have abused children. No one opposes the intent to protect children, but in Georgia its new sex offender law is under attack by civil rights and religious activists who say the law is so broad and so harsh it is unfair.