KIM LAWTON, correspondent: Sunday morning at Friends Church in Yorba Linda, California. Richard Nixon’s family helped found this Quaker congregation 99 years ago, and the former president attended here as well. Today, it’s a megachurch with a nondenominational evangelical style. During worship services, pastor of creative ministries Brent Martz makes sure everything goes as it’s supposed to, and in the control room, church media director Jon Van Dyke calls the camera shots. Those may be their day jobs, but the two have another responsibility as well. They’re helping Friends Church make a feature film.

JON VAN DYKE (Director, “Not Today”): And I still hear people say it in the church, that “What are we doing? We’re making a movie? What are you talking about?”

LAWTON: The film is called “Not Today,” and it tells the story of a spoiled young American who goes on a partying trip to India and gets pulled into the search for a little girl who was sold to human traffickers. The film was partly shot in India and centers around Dalits, the so-called “untouchables” on the lowest rung of the traditional caste system. Friends Church connected with Dalits during mission trips. 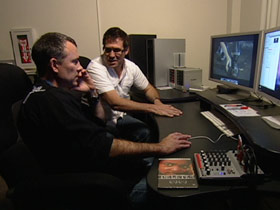 BRENT MARTZ (Producer, “Not Today”): I had never heard of the Dalits until I went to India, and then to meet them actually and to touch their hands and to be involved in their lives was overwhelming, and to come back and do something about it—that was part of the mission of our church was to get involved outside of ourselves.

LAWTON: The church committed to help free Dalits who had been trafficked and to build 200 schools for Dalit children, and because they’re in the backyard of Hollywood, they decided to make a movie as well.

PASTOR MATTHEW CORK (Friends Church): It wasn’t just to make a movie, because we’re not in the movie business. We’re a church. But as a church we do have an obligation and a responsibility to tell the message, and so we believe that this was the best way for us in what God had gifted us with.

LAWTON: What’s happening here at Friends Church in Yorba Linda is being repeated in congregations across the country. More and more local churches say they are frustrated with the movies Hollywood has been putting out, so they are making their own. But there are questions about whether this is something local churches should be doing. Mark Joseph is a film producer who writes about religion and pop culture.

MARK JOSEPH (MJM Entertainment Group): I guess I have an outdated notion that churches are there to inspire parishioners to then go and do things in whatever genre, whether it’s politics or media or whatever. I’m not sure about church as film studio or church as commercial enterprise. But that’s, I think, the danger down this path. 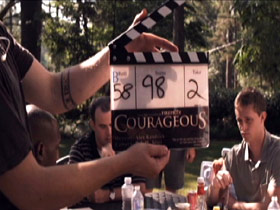 LAWTON: The church filmmaking trend really began at Sherwood Baptist in Albany, Georgia, where associate pastors and brothers Alex and Stephen Kendrick have released three feature films since 2003. They are currently finishing up number four, “Courageous,” about policemen struggling to be good fathers.

From film clip: What I want for you is that you seek the Lord.

LAWTON: In Sherwood films, volunteer church members make up virtually all the cast and the crew and do everything from catering to building sets. Sherwood teamed up with Provident Films, a division of Sony, and found a very receptive audience. Their third film, “Fireproof,” starring Kirk Cameron, was made on a half-million-dollar budget, and it took in more than $33 million at the box office, making it the highest-grossing independent film of 2008. Sherwood films always have a specific message, and they say making their own movies gives them the freedom to express it.

From flip clip: David, I’ve asked God since you were a baby that he would show how strong he is in your life.

LAWTON: The films all have an overtly Christian tone, and the upcoming “Courageous” continues that. Sherwood’s efforts have inspired churches across the country.

JOSEPH: You’ve got these church media directors and their pastors going, “Hey, why can’t we do that?” They’re in position where they have access to a studio sometimes, to cameras, equipment, lights, and some talent in the church. 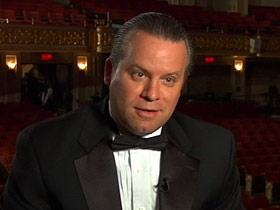 LAWTON: At Calvary Church of the Nazarene in Cordova, Tennessee, optometrist David Evans wrote and directed the church’s annual passion play for 15 years. He says after watching “Fireproof” he came away believing Calvary should make a film.

DR. DAVID EVANS (Director, “The Grace Card”): I realized that God had been preparing us for the last 15 years to do something far greater than we could ever imagine, and that’s what set off the course of actions for me to begin writing the basic story of “The Grace Card.”

LAWTON: It’s a story about forgiveness and racial reconciliation.

Dialogue from film clip: Something going on at home? / Don’t go preacher on me, man. / I’m not going preacher. I’m your friend.

LAWTON: Although many in the cast are Calvary Church members, the film also stars Academy Award winner Louis Gossett Jr., and it has several Hollywood partners, among them Samuel Goldwyn Films. “The Grace Card” was released in theaters this week at a red-carpet premier in Memphis.

EVANS: We want, number one, for God to be glorified through this movie. We want to plant seeds that result in people demonstrating forgiveness and extending grace. That’s something we all need to do on a larger scale.

LAWTON: The team at Friends Church says they tried to incorporate their characters’ faith into the main story in a natural way. 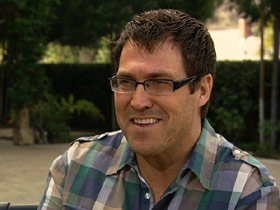 LAWTON: But they acknowledge they do have an agenda—helping the Dalits. The church contributed the budget of under a million dollars, and any profits will go toward the work in India.

CORK: At the end of the movie, we want to give something compelling to say, “You can do something. You can change this issue of human trafficking, as Dalits are the majority of those in India that are trafficked. You can sponsor a child. You can build a school.”

LAWTON: Cathleen Falsani wrote a book that explores religious themes in the movies of prominent directors Joel and Ethan Coen. She worries that with church-made movies, a strong message could get in the way of a good story.

CATHLEEN FALSANI (Author, “The Dude Abides: The Gospel According to the Coen Brothers”): I think artistically when you go into any kind of creative act with an agenda you run the risk of whatever it is that you produce being inauthentic, and I think audiences—particularly filmgoers, particularly young filmgoers—can smell inauthenticity from ten miles away. 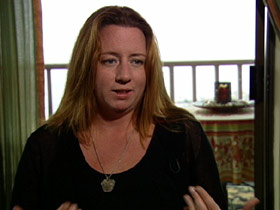 FALSANI: One of the ways that I find my faith most enlivened is when I engage with art, particularly with film, and my favorite films in terms of what I think are faith messages, Christian messages, messages about God’s grace and love—not a single one of them is a Christian film.

LAWTON: Mark Joseph says he applauds people who want to make movies to appeal to faith-based audiences, but he doesn’t want to see Christian films ghettoized.

JOSEPH: These filmmakers are energized to tell their stories to the world, but if they’re too successful as a genre, they’ll wall themselves off and end up only making films for each other, and I don’t think that’s what they’re intending to do, but once marketing folks and distribution folks see a genre here, then they will likely create an industry that will ironically cut them off from the mainstream.

LAWTON: He’s also concerned about the production quality of many small-budget, church-made films.

JOSEPH: You wouldn’t go, you know, to a friend at church for brain surgery who hadn’t been to medical school, and I think the same thing applies to filmmaking. I mean, there’s a reason why people go to Hollywood to make films, because these are experienced professionals. 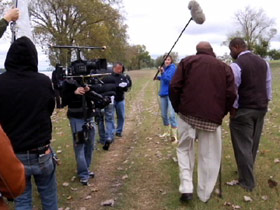 LAWTON: Friends Church intends to deliver Hollywood quality on “Not Today,” and that’s where they have an advantage over other churches. Director Jon Van Dyke spent more than 22 years in the Hollywood entertainment industry, and other Friends members are in the business as well. In addition, the church hired professional actors and crew members.

VAN DYKE: So, incredibly important, paralyzingly important that it not be perceived on any level as sort of a “B” movie. Clearly, there’s tons of talent in the church, so why are we making crappy home movies? I mean, we should be making—Hollywood should be following us. They should be going, “Wow, look what the church is doing.”

LAWTON: Friends Church hopes to release “Not Today” early next year, although they’re still negotiating for a distributor to get it in theaters. In the end, the church believes the movie is part of its overall ministry.

LAWTON: And that’s not something you hear every day in Hollywood.