The Pastor: A Memoir by Eugene H. Peterson (HarperOne, 2011) Excerpt

Eugene Peterson is a master storyteller. He is also a narrative theologian attuned to the way stories shape the biblical message and the lives of Christian believers and congregations, and the skills of both are in play throughout The Pastor, Peterson’s graceful memoir of his long career in congregational ministry. 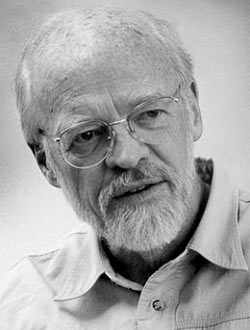 Best known for The Message, his contemporary English translation/paraphrase of the Bible that has sold millions of copies, Peterson is less well known for the 29 years he spent in the pulpit, starting and then pastoring Christ Our King Presbyterian Church in Bel Air, Maryland, a community not far from Baltimore.

The Pastor is not the conventional story of a call to ministry or a road-to-Damascus experience. Peterson cites poet Denise Levertov’s phrase “every step an arrival” as a metaphor for his changing understanding of ministry as new experiences and challenges brought him to new perspectives. “I never knew where I was headed, and at some point I realized it was pastor,” he explained in a recent interview.

Two constants, however, grounded Peterson’s moral imagination as his understanding of self and vocation developed. One was the Rocky Mountain landscape of western Montana, where he grew up. The other was John of Patmos, author of the New Testament Book of Revelation.

But it is not John as apocalyptic prophet of the second coming, the end times, or the rapture Peterson identifies with so much as John the exiled pastor to seven congregations “embedded, of all places, in the massive, arrogant, bullying Roman Empire.’’ As he worked part-time in a Presbyterian church in Westchester County, New York, Peterson began to imagine himself in “that intersecting work and world” of Patmos and White Plains: “In this world, sin was not a word defined in a lexicon. Salvation was not a reference traced down in a concordance. Every act of sin and every event of salvation involved a personal name in a grammar of imperatives and promises in a messy community of friends and neighbors, parents and grandparents, none of whom fit a stereotype.’’

This understanding of the pastor as exile recalls Old Testament scholar Walter Brueggemann’s book Cadences of Home: Preaching among Exiles, where Brueggemann writes of the Israelite exile experience as “a loss of the structured, reliable world which gave them meaning and coherence, and they found themselves in a context where their most treasured and trusted symbols of faith were mocked, trivialized and dismissed. Exile is not primarily geographical, but it is social, moral and cultural.’’

Peterson, too, sets himself against the dominant trends in both church and culture. “The vocation of pastor has been replaced by the strategies of religious entrepreneurs with business plans,’’ he writes early on in a scathing critique of much of what passes for pastoral ministry in contemporary American culture. Indeed, he says, it is that very culture the pastor must navigate and resist.

“I love being an American,’’ Peterson writes. “I love this place in which I have been placed—its language, its history, its energy. But I don’t love ‘the American way,’ its culture and values. I don’t love the rampant consumerism that treats God as a product to be marketed….The cultural conditions in which I am immersed require, at least for me, a kind of fierce vigilance to guard my vocation from these cultural pollutants so dangerously toxic to persons who want to follow Jesus in the way that he is Jesus.’’

Peterson takes for the book’s epigraph a sentence from Herman Melville’s Moby Dick: “To insure the greatest efficiency in the dart, the harpooners of this world must start to their feet from out of idleness, and not from out of toil.” It is, again, Peterson’s response to the business model of pastoral ministry, and he returns to it late in the book in a chapter called “Invisible Six Days a Week,” where he writes about the “unbusy pastor” and necessary idleness. “Melville’s harpooner,” he explains, “found company in my imagination with Jesus’ metaphors that feature the single, the small, and the quiet—salt, leaven, seed that have effects far in excess of their appearance. Our culture publicizes the opposite: the big, the multitudinous, the noisy. Is it not, then, a strategic necessity that some of us deliberately ally ourselves with the quiet, poised harpooner, and not leap frenzied to the oars?’’

Peterson describes his route to becoming a pastor and realizing his vocation as “haphazard.’’ From the first, he says, he believed that being a pastor was what you did when you couldn’t do anything else. But while the journey may have been haphazard, the construction of this memoir is anything but. Loosely chronological and following the contours of his life, from his growing up and schooling to his pastorate and then briefly, near the end of his career, working in academia, the book is essentially anecdotal and episodic. Yet it is carefully structured around a series of marvelously realized short stories that illuminate elements of Peterson’s growth and allow him to reflect on various aspects of congregational ministry and his own deepening understanding of the nature of churches and congregations.

Peterson has maintained a home or the slopes of the Rocky Mountains since his father bought two acres of land there and began building a cabin overlooking Flathead Lake in 1948 when Peterson was 16. In his descriptions the place becomes “sacred space’’ and “holy land,” invested with biblical echoes and a theological resonance that make it more than a vacation or retirement home: “By buying this lakefront property and building a cabin, my father provided me and, as it turned out, many others, with a rooting and grounding, a sense of thisness and hereness, for the faith that was maturing in me.’’ Peterson argues, in a theme repeated throughout the memoir, that “the life of faith cannot be lived in general or by abstractions. All the great realities that we can’t touch or see take form on ground that we can touch and see.’’

It is this very concreteness that brings to life the stories that follow. Peterson’s Pentecostal mother, who preached and sang and told stories “out of scripture and out of life,” and his father, a butcher, provided him with traits and characteristics that formed him as a pastor. Both are wonderfully rendered. “That butcher shop,’’ Peterson realizes in retrospect, “was my introduction to the world of the congregation. The people who came into our shop were not just customers. Something else defined them. It always seemed more like a congregation than a store.” Here again, Peterson’s criticism of the church growth movement that turns congregants into consumers and churches into stores, something he considers a “blasphemous desecration’’ of ministry, works its way into his recollections.

Other mentors—living and dead, literary and not—as well as friends and parishioners are sketched in brief chapters that follow the trajectory of Peterson’s career and the growth of his Maryland congregation, providing him with insights and challenges that enrich his sense of vocation and the nature of the church: “It had taken me a long time, with considerable help from wise Christians both dead and alive, to come to this understanding of church: a colony of heaven in the country of death, a strategy of the Holy Spirit for giving witness to the already inaugurated kingdom of God.’’

Not surprisingly, one of the book’s most important characters is his wife, Jan, who felt “called to be a pastor’s wife,” we are told. It seems an unusual calling in this day and age, and Peterson’s generous descriptions of her life—he says she came to regard what she had entered into as “holy orders” and “a vowed life of eucharistic hospitality”—make one long to hear her own voice commenting on her sense of vocation and their life together. “For Jan,’’ Peterson writes, “‘pastor’s wife’ was not just being married to a pastor; it was far more vocational than that, a way of life. It meant participation in an intricate web of hospitality, living at the intersection of human need and God’s grace.”

Peterson also writes wisely and poignantly about low times in pastoral ministry, in particular a period of spiritual malaise he calls “the badlands.’’ He later came to understand it as a time of dormancy that followed, for him as well as his congregation, the emotional rush of first gathering together a worshiping community in the basement of his home and then building its permanent home.

The all-embracing openness that characterizes Peterson’s thinking is evident in the many sources he cites as influences—Rabbi Abraham Heschel and Protestant theologian Karl Barth, sixteenth-century Carmelites St. Teresa of Avila and St. John of the Cross, Cardinal John Henry Newman, Scottish minister Alexander Whyte, Baron Friedrich von Hugel. Peterson is widely and deeply read, a Christian humanist who came into the ministry during a time of great ecumenical and interfaith cross-fertilization and receptivity to learning from all kinds of faith streams and currents.

One odd note in the book is the virtual invisibility of the social turmoil—the struggle for racial justice, the campaign against the war in Vietnam, the movement for women’s equality, the political assassinations and urban riots—that was so much a part of the 1960s and 1970s, when Peterson and his congregation were being formed as pastor and church. It is hard to believe those conflicts, in which American religious life was so significantly implicated, were not more resonant in their lives.

And Peterson’s admission in the book’s closing “Letter to a Young Pastor,” that after 50 years as a pastor he has “almost no sense of achievement,” sounds a bit disingenuous. It is one thing to be self-effacing and humble, but this claim just doesn’t ring true. Perhaps more convincing is Peterson’s conclusion that being a pastor “makes for lonely work” in a culture that “doesn’t quite know what to make of us.”

Still, The Pastor is a profound and important meditation on the pastoral vocation. It is filled with insight and serves as a necessary reaffirmation of the true nature of a calling that in current American religious life seems largely lost.

“A Community of Storymaking” 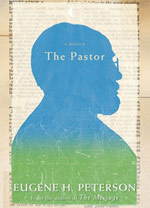 “What will you miss most about not being a pastor?”

“The intimacy, being a part of everyone’s story and having them be part of ours. That daily blending of ordinary and salvation life, the conversations that so often develop into prayers. This incredible company of friends following Jesus. Creating forms of worship and hospitality that unobtrusively subvert the secularity and individualism of the culture.”

I had never thought of it quite that way until I said it. But there it was. Not entirely, of course. But I had grown up in a family of storytellers. I had been a pastor in a community of storymaking. The text I lived by, the Bible, was a long, deep immersion in a way of life that was rendered in story.

Story is a way of language in which everything and everyone is organically related. Story is a way of language that insists that persons cannot be known by reducing them to what they do, how they perform, the way they look. Story uses a language in which listening has joint billing with speaking. Story is language put to the use of discovering patterns and meanings—beauty and truth and goodness: Father, Son, and Holy Spirit. In the seemingly random and disconnected pieces of experience and dreams, tasks and songs, promises and betrayals that make up daily life, words and sentences detect and reveal and fashion stories in places of hospitality.

From The Pastor: A Memoir by Eugene H. Peterson (HarperOne, 2011)