FAW: The “worm” is prostate cancer. Jim’s doctor first diagnosed it as an aggressive cancer eight years ago.

FAW: Jim kept alive during the past eight years by undergoing hormonal therapy and radiation. But now the cancer has spread throughout his body. Desperate, this fall he started a revolutionary new treatment—Provenge. 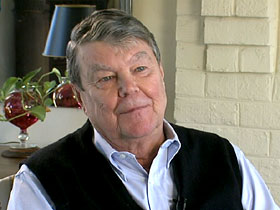 FAW: Did you regard it as a miracle drug?

FAW: Provenge is the first so-called cancer vaccine—not a pill mass-produced in a factory, but an individual treatment. The patient’s blood cells are first drawn, exposed in a lab to a protein which mimics prostate cancer, then put back in the patient’s body—“supercharged,” if you will, to stimulate the patient’s immune system to fight prostate cancer.

DR. PAUL SCHELLHAMMER (Urology of Virginia): The idea of having the body’s own defenses revved up against this foreign invader is quite novel. It had never been applied to humans in a satisfactory and successful way, and this was, in that sense, a big breakthrough. 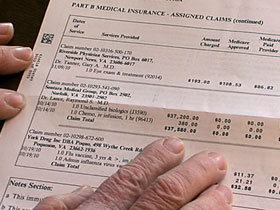 FAW: Urologist and oncologist Dr. Paul Schellhammer plans to use Provenge one day to fight his own prostate cancer. He has recommended it to some of his patients knowing how some will struggle with the decision.

SCHELLHAMMER: For the person for whom it becomes a major hardship—i.e., do I mortgage my home, do my kids not go to college—I think that becomes an ethically based decision as to how important is life? Most men in this situation have lived 60, 70 years, and how important is another one, two, three years or two, three, four months?

MCCLOSKEY: My father died of prostate cancer. This stuff was not available to him. I feel lucky to be living at a time when new treatments are being developed, when there is hope for the future.

FAW: And while the price is high, says McCloskey, in the long run it may prove to be anything but.

MCCLOSKEY: This opens up a whole brand new type of treatment and hope for cancer patients where utilizing the body’s own immune system to fight the disease. This is not the end; this is just the beginning. 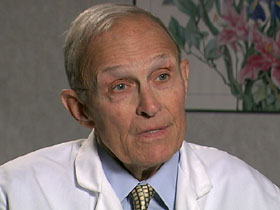 FAW: Dr. Schellhammer says Provenge has almost no side effects and costs about as much as chemotherapy. Still, he is troubled by the skyrocketing cost of many cancer treatments.

SCHELLHAMMER: Once the FDA approves a drug, the pharmaceutical company or the biotech company then has carte blanche in establishing the price. I think there’s been a disconnect between what it costs to develop, produce, and bring to market versus what it eventually translates into with regard to either a windfall or a fair profit.

FAW: Dendreon, the developer of Provenge, says the price is fair for this revolutionary procedure, which it says took 15 years to perfect and at a cost of over one billion dollars. [Editor’s Note: The original version of this story included a statement about Dendreon’s return on investment. It has been removed from the script and the video at the company’s request.] But as the cost of new cancer treatments continues to escalate, ethicists are asking how does one put a price tag on human life? And in a society with limited resources and virtually unlimited medical needs, who decides who will get that expensive treatment and who doesn’t?

DR. RUTH FADEN (Director, Berman Institute of Bioethics, Johns Hopkins University): If we think it’s worth the money, right, do we find a way to squeeze it out of the allocation we’ve got from health care now? Do we find places where we want to squeeze it out from something else? Do we want to attach a higher value to extending the last few months of a person’s life than we would to any other random four months over the course of a lifespan? 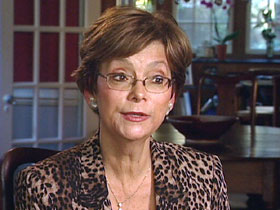 FADEN: It would be really nice if we could come up with a structure in which the price of the drug was attached to its value and we had a way of agreeing what that value was.

FAW: There is no such mechanism?

FAW: In fact now, say medical practitioners, now there is no such mechanism. Who gets Provenge and who doesn’t comes down to a basic proposition.

(speaking to Dr. Schellhammer): The bottom line is economics.

SCHELLHAMMER: Currently, that is the case.

FAW: As to who gets the drug.

SCHELLHAMMER: Yes. We have many more patients than the supply could provide, but many of them say, “I just cannot afford it, and that’s not in my realm of possibility.” So they are screened out by that fact. 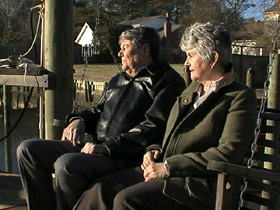 FAW: Let’s be candid. They are screened out by economics.

FAW: For some, however, economic considerations are secondary. Getting that extra four months of life—maybe more—is priceless.

FAW: What’s his life really worth? Is it—can you put a price tag on life?

FAW: It is, then, an ongoing debate over a medical treatment which is new—and a problem which is not.

FADEN: Even before we get the Provenges, we have lots of cancer patients in this country who can’t afford their cancer medications as it is. We’ve got a messy health care system where we haven’t figured out what we think constitutes good value for our money. It’s that striking a balance—easy to say, almost impossible to achieve so far.

For Religion & Ethics Newsweekly this is Bob Faw in Poquoson, Virginia.