LUCKY SEVERSON, correspondent: This is Liam. Everybody likes Liam. Hard not to, that smile under the hat he never takes off. And this is his loving mom, Kathleen Hilferty, who knew from the beginning that something was terribly wrong with Liam.

SEVERSON: Liam is 12. This is his twin brother, Joseph, who is about twice as big as Liam. From day one, his mother was desperate to find out exactly what was wrong with Liam so she could get him treated.

SEVERSON: For 12 agonizing years Kathleen was looking for an answer and recently got one from Dr. Ian Krantz at the Children’s Hospital of Philadelphia, who had sequenced Liam’s genome. 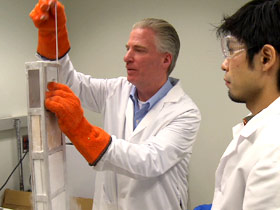 DR. IAN KRANTZ (Medical Geneticist, Children’s Hospital of Philadelphia) And we not only found an answer in him, but we found the same answer in a number of other children, and we have a new diagnosis. We are understanding it, how to treat it better.

SEVERSON: The discovery of Liam’s genetic defect underscores how rapidly and how important the science of sequencing the human genome has become in modern medicine, especially when it comes to children. When researchers first mapped the human genome, it took almost 10 years and cost $3 billion. That was less than 10 years ago. Today the process takes three weeks, and the price tag is rapidly approaching $1,000.

Nancy Spinner heads the division of genomic diagnostics at Children’s Hospital of Philadelphia.

NANCY SPINNER, Ph.D (Genomic Diagnostics, Children’s Hospital of Philadelphia): For parents whose kids have some serious birth defects or congenital abnormalities, you really want to understand what’s causing it. You want to know is there something that you should be doing. I think moms feel very guilty, because when they have a child with a birth defect, then they say was it something I did in the pregnancy? 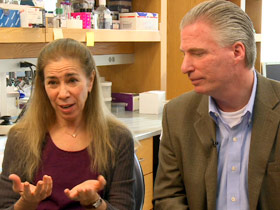 SEVERSON: Dr. Krantz and Nancy Spinner are a husband-and-wife team who are the principal investigators of federally funded research to help develop guidelines for doctors and patients. Unlike earlier genetic tests, sequencing the genome reveals a child’s entire genetic makeup, including their predisposition to disease that might occur later in life. And it raises some ethical questions: What should parents know, and what knowledge might cause more pain than gain?

SPINNER: Now we are looking across the entire genome, and we have this enormous challenge: How much of it should we report back? What should we tell people? How are they going to use the information?

DR. KRANTZ: The problem we are having now is that there are no guidelines to say what should be reported back, who should be tested, who shouldn’t be tested?

SEVERSON: (to Dr. Krantz) Who should be told?

DR. KRANTZ: Who should be told about this information, exactly. 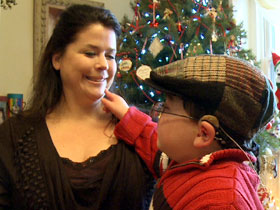 We are very good at diagnosing and not so great at treating genetic disorders or preventing things from happening later in life. But I think knowledge is powerful, and having information can in the short term affect parental decisions, reproductive decisions. It can affect lifestyle choices later on.

SPINNER: There have already been examples of people who have been tested, seen a predisposition to diabetes, and start to immediately get screened for it and find out that they have diabetes much earlier. That can save many dollars in health care costs, because you can treat things before they become bad.

SEVERSON: Scientists say that for diseases diagnosed early and then treated, sequencing can indeed save lives. But should doctors tell parents when tests show that their child will eventually fall victim to early adult onset disease like Alzheimer’s, for which there is no known cure?

SPINNER: And we have already seen some cases where we find some things that are damaging that tell that you are at very, very high risk for an adult onset disorder that's going to be bad, and there's no treatment, so we can't really think of a reason to give that information to people. And I think right now we are trying to learn what should we be giving and what shouldn't we be giving, because our main goal is not to cause any harm or additional stress to families. 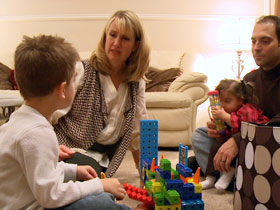 SEVERSON: The Hunter family in New Jersey wanted any information they could get about their 14-year-old daughter, Amanda. She suffers from Crohn’s disease and serious cognitive impairment, and her condition appeared to be regressing. Like all children, Amanda’s genome contains 22,000 genes that hold tantalizing information that could save or prolong her life. Her mother, Laurie, wanted some answers.

LAURIE HUNTER: I love that people are able to say “it is what it is” until you are living in that world. And that motherly instinct tells you that something is not right. You’re going to stop at nothing until you find out what you can do to help that child.

SEVERSON: What if you test for one thing and find something else? When Amanda’s genome was sequenced, doctors discovered what they call an “incidental finding,” something they weren’t looking for, a deletion, seven genes missing from a chromosome. The deletion didn’t explain her impairment, but it indicated she was susceptible to cancer. And then her mom got some news that may have saved her life.

HUNTER: When Amanda was diagnosed with that deletion the natural course is to test the parents, so her father and I were tested, and it turned out that I carried that same deletion. So I’ve gone through the same series of tests. I’ve had a full body MRI. They found a lesion just above my diaphragm. 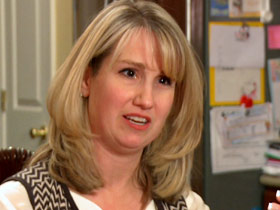 HUNTER: When they told me that they found had no explanation for the issues I was concerned about, my immediate reaction was I wish that I hadn’t know, but now, yes, I am glad because the condition is a cancer, you know, can cause cancerous tumors. The tumors must be surgically removed in order to avoid further complications, and I want to be here for my children. I need to be here for my children.

SEVERSON: She gave birth to her second daughter, Kailyn, after undergoing an amniocentesis which erroneously showed that Kailyn was normal. Laurie knew the first week that Kailyn was not normal, and after doctors sequenced her genome, she learned that Kailyn has a rare non-hereditary disease called Wolf-Hirschhorn Syndrome. Her four-year-old son Ryan’s genome has also been sequenced, and he appears to be in good health. For some parents gaining knowledge of their children’s genome before they are born would help them be better prepared in case their child has special needs, but it will undoubtedly encourage some parents to choose abortion.

SPINNER: We have some patients who we have followed who have used it for prenatal diagnosis in such a way to avoid having affected children. 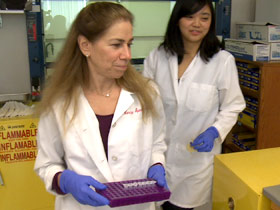 SEVERSON: Dr. Krantz and Nancy Spinner are most concerned that the science has few guidelines, including safeguards for patient’s privacy.

DR. KRANTZ: We live in a capitalistic society. Often, when something is technically feasible and fiscally feasible, it is offered, and there are for-profit companies now who are offering this testing to the individual, so you can go out yourself and pay the money and get your genome sequenced. The problem now is it’s the thousand-dollar genome, but it’s the million-dollar interpretation because you can get the sequence but understanding what it does takes hundreds of hours of manpower to interpret and understand, and we’re not even that good at it.

SEVERSON: As for Dr. Krantz and his wife Nancy and their three children...

DR. KRANTZ: I have to say that neither Nancy or I or anyone in our family has had their genome sequenced yet, not because we wouldn’t be interested but I don’t think we really subscribe to the recreational sequencing of genomes, but if there was a medical concern I don’t think we would hesitate.

SEVERSON: For Kathleen, even though the news about Liam was not good, just knowing seems to have made a huge difference.

HILFERTY: I guess a miracle, I would say, because I waited so long, and as he was getting sicker I didn’t want him to pass away, because I would feel so guilty that I didn’t do everything I could have. Now that I have a name, I know there’s no cure for him, but he can help so many other kids.

SEVERSON: It’s the promise of help for kids like Liam that drives the science that is going so fast the road map with guidelines and warning signs can’t keep up. And as the technology progresses, the ethical issues will become even more difficult.

When researchers first mapped the human genome, it took almost 10 years and cost $3 billion. Today the process takes three weeks, and the price tag is rapidly approaching $1,000. We visit the Children’s Hospital of Philadelphia and talk to doctors and parents about the ethics of sequencing human genomes, especially for children with genetic defects.