TIM O’BRIEN, correspondent: Clarence Earl Gideon was a drifter with a history of petty criminal offenses. Arrested in 1961 for burglarizing a pool house in Panama City, Florida, he asked the court to provide him a lawyer. Judge Robert McCrary declined. Under Florida law at the time, only defendants charged with murder got a lawyer at state expense. Gideon, representing himself, was convicted and sentenced to five years in prison, where he studied the law and then drafted this hand-written appeal to the U.S. Supreme Court, saying he was denied the effective assistance of counsel guaranteed by the Sixth Amendment to the U.S. Constitution.

Clarence Earl Gideon: “A man with money can hire a lawyer to represent him. He can get a better chance in a trial than I would get without an attorney. To me, that was just common sense; there was no argument to it.”

O’BRIEN: Rarely are such inmate petitions granted, but Gideon had raised an issue that intrigued the Court, then under Chief Justice Earl Warren: 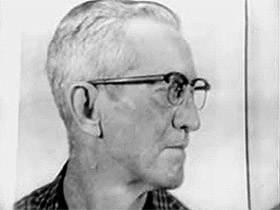 O’BRIEN: And all nine justices agreed. Gideon had it right, Justice Hugo Black writing, “...reason and reflection require us to recognize that in our adversary system of criminal justice, any person haled into court who is too poor to hire a lawyer cannot be assured a fair trial unless counsel is provided for him. This seems to us to be an obvious truth.”

Some 2,000 inmates in Florida alone were set free following the Court’s decision. Gideon himself was retried. The jury found him “not guilty” after only one hour of deliberation. But more important, the decision spawned a nationwide public defender system aimed at insuring that poor people get adequate legal representation at taxpayer expense, if necessary. The task has become daunting, expensive, and the Court’s decision has become a promise many jurisdictions, particularly in the South, appear unable or unwilling to keep:

STEPHEN BRIGHT (President and Senior Counsel, Southern Center for Human Rights): The fundamental problem is that governments that are trying to convict and fine and imprison and execute people have no incentive in giving those people lawyers that will defeat those goals. 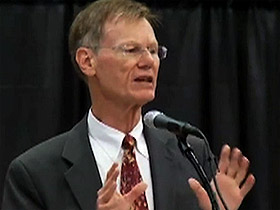 O’BRIEN: Stephen Bright is in a position to know. Since 1982, he has run the Southern Center for Human Rights in Atlanta, a nonprofit public interest law firm devoted to finding lawyers with the time and talent to represent poor people charged with crime. When he’s not in Atlanta, you can often find Bright in New Haven, Connecticut, at the Yale Law School, where he has been a guest lecturer for 20 years and one of the Law School’s most popular instructors. Last year, he was the students’ top choice for Commencement speaker:

BRIGHT: (at Yale Law School Commencement 2012) I received a letter just two weeks ago—I receive a lot of letters like this but this just happens to be the most recent one—from a woman named Shanna Shackelford. She’s an African-American woman, and for the last three years she’s had arson charges pending against her. The place she was renting was destroyed by fire, she lost everything that she had, she was homeless for some time, but she was able to get a new place to live, and she continued her studies at a community college. After she was charged, she asked for a public defender.

Here’s her description from what she wrote me of what happened next: “The lawyer I got is an addict, and anyone who sees him can tell that at first glance. He’s incompetent, and I did most of the investigation myself. I complained, and three months later another lawyer was added to my case. She constantly encouraged me—me, a person who has never been charged with any crime of any sort in my life—to take 15 years in prison.” 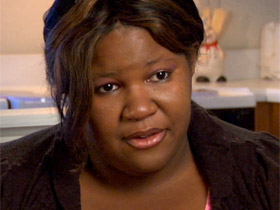 O’BRIEN: Plead guilty, Shackelford was told, or you’ll get 25 years if convicted.

SHANNA SHACKELFORD: And I said 25 years? I’ve never been in trouble. I didn’t do this. And he was like, well, they got a lot of evidence against you. And so I was in tears. I didn’t know what to do. When you go into the courtroom, it's maybe 200 clients in there, 175-plus from the public defender. So they usually do us three or four at a time. And they just tell us, all right, we’re trying to get a plea deal, plea deal, plea deal. That’s all you hear. Ninety percent of the cases are plea deals. They don’t look at what’s in your file. Nothing. It’s just this is the time that’s being offered. You can take it or leave it, because I really don’t have time.

O’BRIEN: Shackelford says she was on time for every court appearance, although her lawyer seldom even showed up. She spent so much time down at the courthouse, she lost her job. She had no money and no home, and was living in the back seat of a car she could no longer pay for, and as she explained in her letter to Stephen Bright, desperation was setting in:

BRIGHT (reading from Shackelford’s letter): “I have no place to go. I am a certified nurses aide, but I cannot find employment because this arson charge is hanging over me. I don’t know how to fix this, and I have asked to be placed in jail until this is over. I ask this not to sound ungrateful for being out on bond, but because I fear I may take my own life or die from the conditions of being homeless.”

SHACKELFORD: I think in the last couple of weeks, before I contacted Mr. Bright, it was like just a really low point, and I wasn’t working, I mean, I wasn’t doing anything. I was just kind of there. So I just, I felt like I wanted to get my message out there, because I wanted people to know what they had done. But I didn’t want to be here any more because I kind of felt like it was pointless. 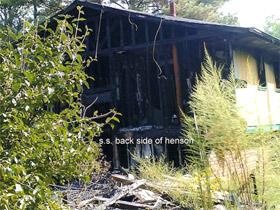 O’BRIEN: There’s nothing left of the small house that Shackelford had rented, which had a history of electrical issues even before she had moved in. And fire inspectors initially traced the source of the fire to a TV set. The case against her turned out to be based largely on an investigation not by law enforcement, but by the insurance company, which had a vested interest in not paying the claim. After three years, Bright had the case dismissed in a matter of weeks.

BRIGHT: Once we investigated the case—once we talked to the experts, there was no case there, but that had not been done for three years.

O’BRIEN: Unfortunate? Yes, but is it truly representative of how the system works?

BRIGHT (speaking at Yale Law School): I want you to know that there are thousands of people like Shanna Shackelford who are crying and pleading and begging for help, and almost all of those cries go unanswered.

O’BRIEN: [Editor's note: Because of an error, a sentence in this script has been removed. The original version included an inaccurate incarceration percentage.] And it’s not just in Georgia. The United States has the highest incarceration rate in the world with roughly 2-and-a-half million Americans incarcerated. Most are poor, a disproportionate number are of color. And many did not get the kind of representation the Supreme Court said in Gideon the Constitution requires.

In New Orleans, for example, each public defender handles roughly 350 cases a year, more than twice the number recommended by the American Bar Association. The office is short on lawyers and on cash, with taxpayers reluctant to pay for those accused of crime. 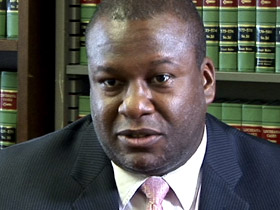 DERWYN BUNTON (Chief Orleans Parish Public Defender): We’re chronically underfunded. Louisiana is peculiar in how it funds its criminal justice generally, but public defense in particular, and that is we are the only “user pay” criminal justice system in the country. The fines and fees that come from traffic fines are your biggest revenue sources as a public defender.

O’BRIEN: So when people drive safely and don't get tickets, you lose money?

BUNTON: It hurts us when people drive safely. And also, our system is built on the public defender fee that is charged in every case is only payable if you lose. So it’s not lost on our clients at all that we get paid if we lose the case. We actually don’t get paid if we win the case.

RICHARD BOURKE (Director, Louisiana Capital Assistance Center): What we have in Louisiana in our criminal justice system is a humanitarian crisis, and I’m not engaging in hyperbole when I say that. The criminal justice system in Louisiana incarcerates more people per capita than any system in the world, and for poor communities, and especially poor communities of color, it represents a devastating humanitarian crisis.

O’BRIEN: The Supreme Court made it clear in the Gideon case 50 years ago that the right to counsel is fundamental to anyone accused of a serious crime. Today, in many jurisdictions, that guarantee would appear to work the other way for poor people: Not that they will get the effective assistance of counsel the Constitution requires; the better bet, borne out of history, is that they will not.

The Supreme Court’s unanimous 1963 decision in Gideon v. Wainwright required that everyone accused of a serious crime, rich or poor, is entitled to a defense lawyer. The decision spawned a nationwide public defender system aimed at insuring that poor people get adequate legal representation at taxpayer expense, if necessary. But 50 years later, are indigent defendants getting the representation they deserve?