BOB ABERNETHY, host: ISIS and other extremist groups have been waging an active campaign, especially on social media, to recruit Muslims in other parts of the world to join them. Studies show that only a tiny percentage of American Muslims are committing terrorist acts or leaving to fight with ISIS. Still, in the face of the challenge more and more US Muslim groups are launching new initiatives to prevent violent extremism from taking hold in their communities, and as Kim Lawton reports, some of the efforts have been controversial.

IMAM ZIA MAHKDOOM: "We’re probably going to need another box for this.”

LAWTON: They’ve brought along members of Make Space, the group they founded in 2012 for young Muslims. It’s been a full day of learning about other religious traditions, and doing a service project: making meals for the homeless. The couple says activities like this build a positive self-identity among young American Muslims. And they believe that will help prevent the youth from becoming susceptible to extremist ideas.

MAKHDOOM (MakeSpace): We want to feel as though we are part of this society. You can be a Muslim and an American at the same time.

FATIMAH POPAL (MakeSpace): You can’t just say "I’m an American" and then not give back to your country. So this is an opportunity to bridge gaps and to create dialogue and positive dialogue.

LAWTON: As ISIS, al-Qaeda and other terrorist groups ramp up their recruiting efforts in the West, many Islamic organizations in the US are launching new initiatives aimed at preventing radicalization. They say while the number of Americans Muslims seeking to commit acts of terror is small, the issue must be addressed. 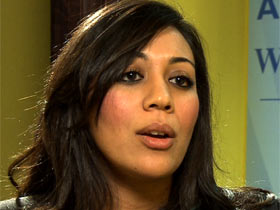 HODA ELSHISHTAWY (Muslim Public Affairs Council): Our biggest problem as Muslims and what we’re facing right now is extremism. We need to nip it in the bud. And that is through creating these healthy communities--and not just here in America but all around the world, so that Muslims can talk about these issues in an open environment and really take back our faith.

LAWTON: But it’s been a controversial prospect. Some Muslims fear new projects to combat extremism will imply that the problem is bigger than it really is. And other Muslim voices are pushing for even more internal critique.

ELSHISHTAWY: Usually what we’ve found in, in a majority of these cases, is that troubled individuals really have underlying issues whether it’s mental health issues, family issues at home, that these issues are not being dealt with. So our prevention programs are creating these safe spaces so that people can talk about issues and grievances that they have and work through them in a healthy way.

LAWTON: Imam Makhdoom says his MakeSpace group tries to provide a constructive platform for discussion of grievances about things like perceived discrimination and racial profiling or disagreements with US foreign policy. 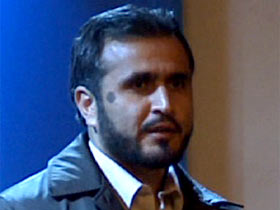 LAWTON: He believes religious education is another key element for preventing radicalization.

MAKHDOOM: The more they understand Islam and the teaching of Islam, the less likely they are to fall for that kind of thing, and research has shown that.

(speaking on online video): "The Qur'an really is a book about choices, right?"

LAWTON: Makhdoom, and a growing number of American Muslim leaders, are taking their message online to try and reach young people through social media--the very place ideological extremists often wield the most influence.

MAKHDOOM: It’s important for the sane voices, the moderate voices, the true authentic voices of Islam to take the battle to them.

LAWTON: If an individual appears to be moving toward radicalization, MPAC urges community and religious leaders to surround that person in a proactive intervention. And after that, if the person seems to be moving toward violence, MPAC advises he or she should be ejected from the community, with the knowledge of law enforcement. Across the country, Muslim groups have been trying to build good relationships with law enforcement to facilitate this. But Elshishtawy says there have been several points of tension.

LAWTON: In Phoenix, Arizona, Maricopa County Attorney Bill Montgomery has been meeting with members of the local Muslim community in an effort he hopes can be a model for other cities. He says trust needs to go both ways. 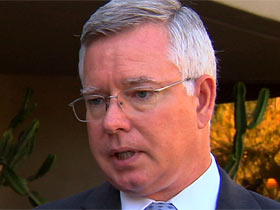 BILL MONTGOMERY (Maricopa County Attorney): It can be challenging at times because of the continuing need to maintain that open dialogue and communication. It’s too easy for people to fall back on stereotypes, whether out of ignorance or an outright effort to discriminate. So it’s that constant communication that’s required.

LAWTON: Even if someone is identified as a radical, Montgomery says often there is only so much law enforcement can do. That puts much of the responsibility back on the Muslim community.

MONTGOMERY: We don’t have a future crime squad, and we don’t have thought police, but rather, to bring those individuals to the attention of local community leaders who can help clarify what is and is not acceptable in authentic Islamic teaching.

LAWTON: One of the Muslim leaders Montgomery meets with regularly is Dr. Zuhdi Jasser, president of the American Islamic Forum for Democracy and a member of the US Commission on International Religious Freedom.

He says he’s pleased more Muslim groups are trying to combat any extremism before it turns to violence. But he believes many of the new initiatives don’t go deep enough in addressing ideology, what he calls the “battle for the soul of Islam.”

JASSER: We love our faith, but we want to have a debate about what entails the identification and the laws and the rules of that faith. We need to have a vibrant criticism, critique of our ideologies, so that we can grow.

LAWTON: Jasser has generated strong controversy within the Muslim community. He is highly critical of political Islam and urges what he calls the separation of mosque and state. He says sermons in too many US mosques are focused on grievances. 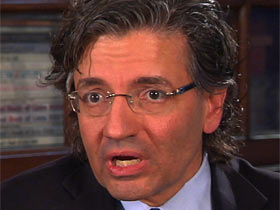 JASSER: Unfortunately, you know, there’s just so much demonization of America that it becomes fodder for those kids that go off and become radicals to then feel they’re justified in their acts of terror.

COURTNEY LONERGAN (Muslim Liberty Project): I work with so many young people, it's easy just to take the, blame somebody else and take the victim mindset. "Oh, poor me. This is what happened." And there's not a lot that's happening in the community to, to empower young people.

SEEMA KASSAB (Muslim Liberty Project): The issue is that most Muslims aren’t like that, but we have to go out there and show people that. We have to show the world that, Muslims themselves.

JASSER: If you instill in our youth and in our Muslim communities, a love and passion for America, for liberty, for a nation state based in freedom that all people are equal, they would never be radicalized.

LAWTON: Hoda Elshishtawy says it’s important to tackle the problem of extremism without condemning all of Islam or fomenting anti-Muslim bigotry. She says American Muslims won’t allow their faith to be defined by ISIS.

ELSHISHTAWY: They are destruction. They have nothing to do with building of life, whereas Islam is about enjoining what is good. It’s about life, it’s about preserving human rights, dignity, justice. And so what we’ve seen is that Muslims now are taking back that narrative.

LAWTON: She says grassroots, community-wide efforts are the only way that can happen. I’m Kim Lawton reporting.

As Islamic terrorists around the world attempt to recruit young Muslims to join their cause, many US Muslims are coming together to protect their communities from radicalization with new programs.