BOB ABERNETHY, host: President Obama has made criminal justice reform a top priority, and this week, after touring a rehabilitation center in New Jersey, he announced new executive actions to help people getting out of prison find jobs. Among other measures, he ordered federal agencies to stop requiring people to declare on their job applications whether they have a criminal record. Many people of faith had lobbied for that change in an effort called “ban the box.” A broad—and growing—religious coalition is urging many reforms to address mass incarceration and inequities in America’s criminal justice system. Joining me to talk more about this is our managing editor, Kim Lawton, and Bishop Darren Ferguson, pastor of Mt. Carmel Baptist Church in Far Rockaway, New York. Bishop Ferguson is a leader in the criminal justice reform movement.

You have a special perspective on all this stuff. You were in prison yourself for nearly nine years for starting a fire that led to the death of a woman. How was it for you, and how is it now for everybody coming out of prison and trying to find a job and get settled? 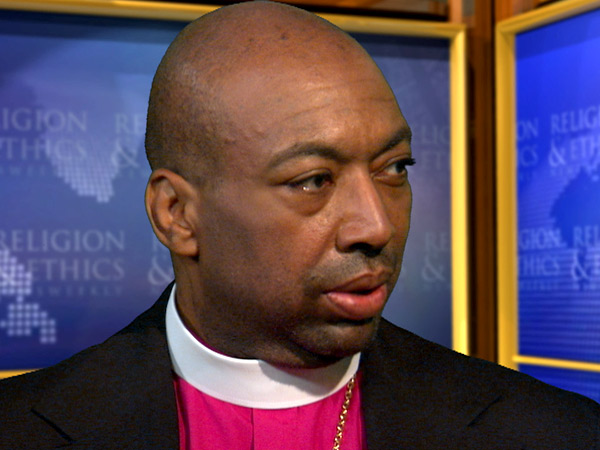 BISHOP DARREN FERGUSON: Seventeen years ago when I came out it was difficult, not knowing what to expect, not knowing what the job market was—coming out with some education but not knowing how that would translate to the job market. But now it’s nearly impossible, because the job market is flooded. So many people are unemployed or underemployed that when someone checks that little box off the job application, it’s really difficult for them to even get considered. So with President Obama making this an executive order it kind of levels the playing field a little bit, so a person can show their humanity before they show what they’ve done.

KIM LAWTON: Talk about all of the goals that this faith-based movement we’re talking about has in terms of reforming the criminal justice system. Just give us a sense of some of the issues that you would like to see addressed.

FERGUSON: Sure. I think the church has a very strong mandate biblically, socially to live out Matthew 25:31-46.

FERGUSON: Which is visiting the sick, clothing the naked, taking care of those who can’t take care of themselves. And I think that extends to both the reentry population as well as to our children. And that is making sure that the church understands that we have to be on the cutting edge of making sure that black and brown people aren’t overly policed. We have to make sure that our school systems are set up for everyone to be successful and not just the most affluent. We have to make sure that our men and women who are coming out of prison have welcoming and affirming communities to come to, where they can be judged by the content of their character and not one mistake that they made in their past. 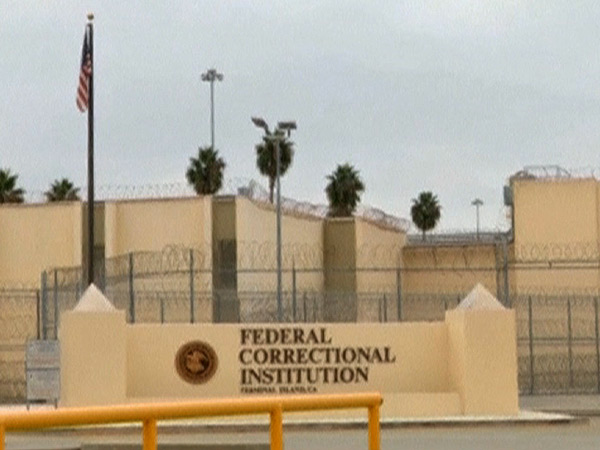 FERGUSON: Yes, and the way churches act. I mean in the black community, for example, it’s difficult because most of the crimes committed by black and brown people were done in black and brown communities. So there’s some trepidation on the part of congregations of accepting people back. But we have to understand that forgiveness is a mandate of the Bible. And that doesn’t mean that we make it easy for people who come out, but we level the playing field. We give them a landing strip that is smooth and paved so that they can bring themselves in, and we have to be there to kind of be the air traffic controllers to help them land successfully.

LAWTON: And some of this is, a lot of this is actually looking at the prevention side of things, right, as well? I mean talking about not just helping people who are getting out of prison, but preventing people from going in.

FERGUSON: Right. I mean the great thing is that we have a great opportunity, a kairos moment if you will, to look at this from a perspective of not just dealing with a pound of cure but dealing with an ounce of prevention. And the ounce of prevention is our school systems, is reforming our criminal justice system, is reforming the way we police communities of color, and having those difficult conversations about race, white privileges, and black lives matter that a lot of people don’t want to have.

LAWTON: And how does that play into it?

FERGUSON: The whole piece is that once we have the conversations on the front end, then things that end up in the belly of the beast don’t get regurgitated out in a way that is smelly and difficult to deal with. So it’s a continuum of services and love and caring that we have to provide as the church to make sure that our people are well taken care of.

As part of his criminal justice reform efforts, President Barack Obama is pushing federal agencies to “ban the box” or refrain from asking prospective employees about their criminal histories on job applications. Host Bob Abernethy and managing editor Kim Lawton speak with Darren Ferguson, a former inmate and now pastor of Mt. Carmel Baptist Church in Far Rockaway, New York, about his work reforming America’s criminal justice system and the role being played by diverse communities of faith.