KIM LAWTON, correspondent: The challenges span the globe: In Iraq and Syria, ISIS is attacking religious groups including Christians, Yazidis, and Muslims who don’t agree with them. The Buddhist majority in Myanmar is persecuting the Rohingya, Muslim minority. Sectarian violence between Christians and Muslims in the Central African Republic has displaced hundreds of thousands. In Pakistan, blasphemy is a capital offense. Across many parts of Europe, anti-Semitism is on the rise.

As the United States ambassador-at-large for international religious freedom, Rabbi David Saperstein is the point man on the US response. Saperstein’s State Department office monitors religious persecution and discrimination worldwide, recommends and implements US policies, and develops programs to promote religious freedom. He says religious freedom is central to the American identity. 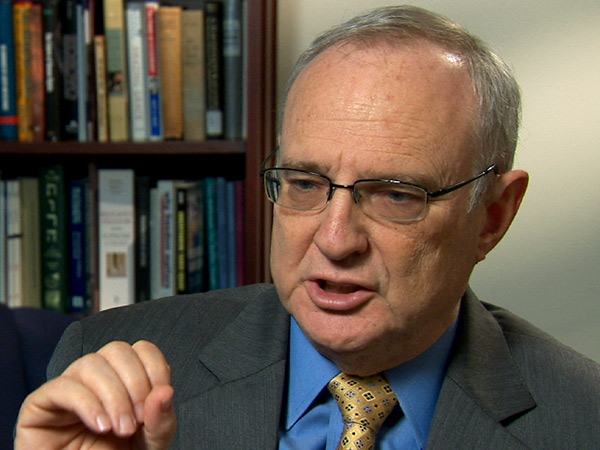 RABBI DAVID SAPERSTEIN (US Ambassador-at-Large for International Religious Freedom): Freedom of conscience underlies all other rights. It’s why our Bill of Rights begins with the free exercise of religion. And without the freedom of conscience, to live in accordance with your core values, all other rights are in peril. It furthers our values, and it furthers our interests to pursue it assertively across the globe.

LAWTON: Saperstein is the first non-Christian in the position, which was created in 1998. For 40 years, he led the Religious Action Center of Reform Judaism in Washington, where he advocated for social justice issues. In July 2014, President Obama nominated Saperstein to be the next religious freedom ambassador. He was confirmed by the Senate last dDecember and sworn in at the beginning of this year. Observers say he has brought energy and passion to the job that had been unfilled for nine months before his nomination. For Saperstein, it’s work with a strong moral imperative.

SAPERSTEIN: If you don’t have a free marketplace of ideas, and you cannot have it without free speech, free press, freedom of conscience, then truth can’t rise to the surface. You can’t test government policies if you believe them to be wrong, and then the citizens of that country are hurt by that, and the international community is hurt by that.

LAWTON: The State Department’s annual report on the status of international religious freedom was released in mid-October. The report found that the greatest challenge to the practice of faith around the world has become acts of terror committed by “non-state” actors such as Boko Haram, al-Shabab, and, of course, ISIS. Saperstein particularly noted the devastating impact of ISIS on historic minority communities in Iraq and Syria, especially Yazidis and Christians. 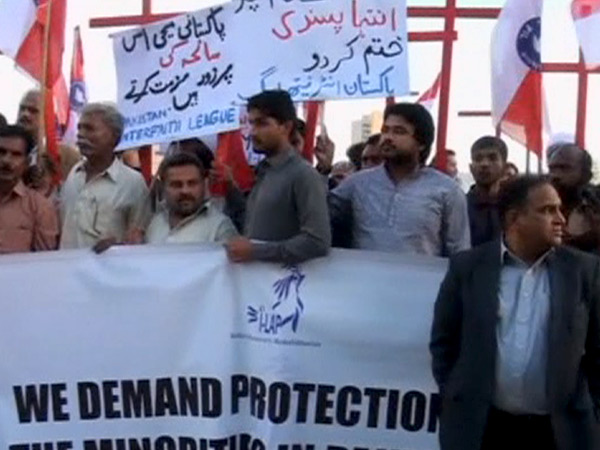 SAPERSTEIN (speaking at briefing): Think about it. There’s been a Christian community there for 1600 years. Across the Nineveh plain, church bells have pealed for 1600 years. Today they are silent.

LAWTON: Saperstein admitted the US government’s diplomatic options are limited when dealing with these non-state actors.

LAWTON: At the same time, Saperstein says the US continues to address ongoing religious repression by governments. One particular area of concern is laws against apostasy and blasphemy in dozens of countries including Pakistan, Iran, and Saudi Arabia.

SAPERSTEIN: Usually the majority religion in that country links up with government to impose terribly harsh penalties, including the death penalty, on people who express religious beliefs with which they feel threatened or with which they disagree.

LAWTON: In the past year, Saperstein has traveled to more than a dozen countries, meeting with political and faith leaders urging that government restrictions on religion be lifted. 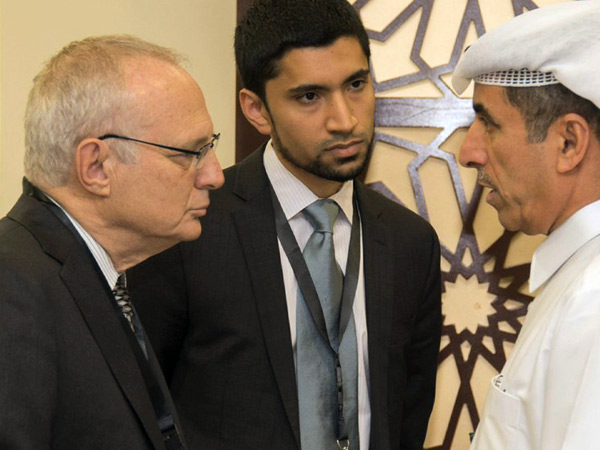 SAPERSTEIN: We keep saying look, if you let this happen these people mobilize to provide social services, they mobilize in a peaceful way to organize their ongoing lives, it benefits you to allow this to happen.

LAWTON: In August, he was in China. He requested to visit an area where officials had ordered that crosses be removed from the tops of churches. He says more than 10 religious leaders and activists that he either met with or had planned to meet with were detained by Chinese security. At least one, prominent Christian lawyer Zhang Kai, remains in detention, his whereabouts unknown.

SAPERSTEIN: Deeply distressing. I would’ve liked to have been able to come back and report on things, some things that were positive improvements on the Chinese religious situation, and many of the problems in a more balanced way, but the efforts to do so were wiped out by the Chinese government’s own action.

LAWTON: I asked Saperstein what he has learned on the job so far.

SAPERSTEIN: First of all, the extraordinary power of religious belief. In general where their people are allowed to build their temples, their mosques, their churches, their synagogues, they’re bursting with religious fervor.

LAWTON: He says he’s been encouraged by religious leaders who have joined together across faith lines—often at their own risk--to speak out against discrimination and persecution. And he says he’s been inspired by the courage of people holding on to their beliefs in terrible situations. 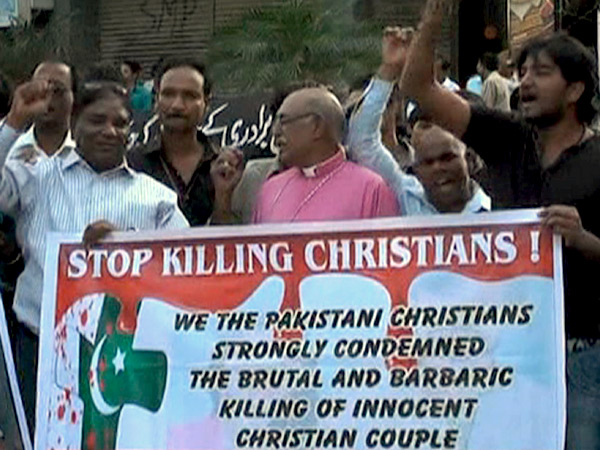 LAWTON: Saperstein acknowledges the criticism of some who say it’s hypocritical for the US to be pushing for human rights elsewhere when some American religious minorities face discrimination.

SAPERSTEIN: The problems that we have, and I know how serious they feel to many of the people who are living with these problems, but I think we are a model of how to address these problems. We don’t hide any of these problems. There are public debates, and there are governmental debates. Those debates are open, and the people can enter into discussion with government officials about how to best do that in a free civil society.

SAPERSTEIN (speaking at Washington National Cathedral): When I read news of what seems to be a rising tide of sectarian strife, it can be quite daunting. However, when I look out at you, all of you here, I am strengthened in my resolve.

LAWTON: In October, Saperstein took part in an interfaith service at Washington National Cathedral, where dozens of religious leaders pledged to fight bigotry against any faith group.

SAPERSTEIN: Whether they’re subject to racial discrimination or religious discrimination, religious communities have been at the forefront of transforming America into a more just, fair, and compassionate society.

LAWTON: He says that, indeed, should be a model for the rest of the world.

Rabbi David Saperstein is finishing his first year as the State Department’s ambassador-at-large for international religious freedom. Saperstein, a Jewish Reform rabbi, is also the first non-Christian in the position. Managing editor Kim Lawton talked with him about his biggest challenges in fighting religious persecution and discrimination around the world and what he has learned.

Christian Concerns of Religious Persecution in the Middle East

Ethnic and Religious Persecution in Burma