BOB ABERNETHY, host: We have a special report today on a movement among some American Protestant denominations to use their economic power, such as pension funds, to pressure Israel to end its occupation of the West Bank and Gaza. Last summer the United Church of Christ was the recent major denomination to do just that. But would such divestments be effective? And would those voting be believed when they insist, vigorously, that they are against Israeli government policies, not against the very existence of Israel itself?

Support for this story was provided by the Pulitzer Center for Crisis Reporting.

DEBORAH POTTER, correspondent: The targets are companies doing business in the Israeli-occupied West Bank. Last summer, the United Church of Christ became the latest Protestant denomination to divest from those companies, including Caterpillar and Hewlett Packard. 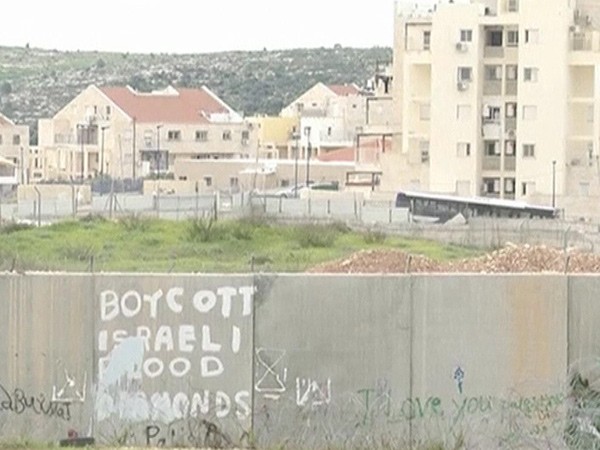 REV. ROBIN BACON HOFFMAN (UCC Debate): The human rights abuses that have been occurring in the occupied territories for so long are in fact wrong, and if I keep silent I am complicit.

DR. MARK POHLMAN (UCC Debate): I don't think that we are in a position to choose sides. We have not walked in the shoes or sandals of Jews or Palestinians.

POTTER: In the end, the vote was overwhelmingly in favor of divestment.

POTTER: As a practical matter, the resolution means that church pension funds will no longer hold stock in companies doing business in occupied territories.

KATIE MCCLOSKEY (United Church Funds): Our clients want to invest in a way that they are spiritually comfortable with. So we have the opportunity to create portfolios that are in line with the way they view their lives 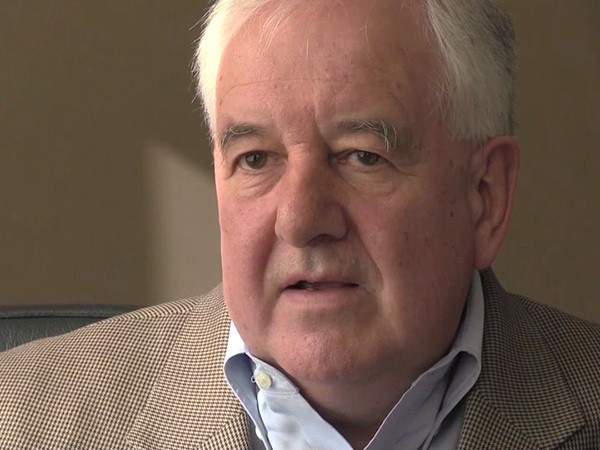 REV. JOHN THOMAS (Former President, United Church of Christ): One of the attractions of this strategy is that we’re not just a relatively small Christian community in the United States taking an action. We’re joining a much broader movement, and while those movements, those participants all come from different perspectives, it magnifies, it amplifies the weight of our action.

POTTER: The movement is called BDS, short for "boycott, divestment, and sanctions," launched a decade ago by more than 100 Palestinian organizations. They called for international economic action to pressure Israel to withdraw from occupied territories.

POTTER: Churches have been debating the question ever since, and in 2014, the Presbyterian Church USA became the first major denomination to approve divestment, by a margin of just seven votes.

HEATH RADA (Moderator, Presbyterian General Assembly): Even though we have affirmed our Palestinian brothers and sisters in this vote, in no way is this a reflection of our lack of love for our Jewish sisters and brothers.

POTTER: That's not how many Israelis see it. In their view, the BDS effort ignores continuing Palestinian attacks on Israel and is at its heart anti-Semitic. 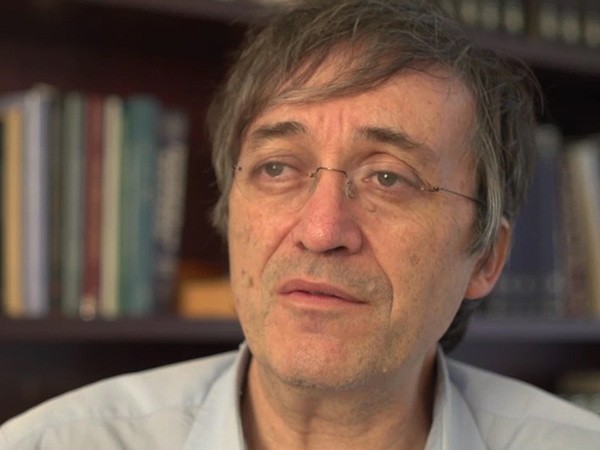 MOSHE HALBERTAL (New York University): BDS is not about political pressure. It’s a moral statement that you are a pariah state, that morally you don’t deserve to be, you are not part of the human family. You’re not deserving to be there as a partner in that human dialogue till you transform your ways.

REV. SUSAN WILDER (Presbyterian Minister and Faith Forum on Middle East Policy): The Presbyterian Church has a long history of denouncing anti-Semitism. We are all about talking to one another, to our neighbors, even to our enemies. That’s our biblical mandate. So dialogue is critical to us. We don’t want dialogue to be a substitute for action.

POTTER: For churches, deciding whether to take economic action aimed at Israel is viewed as a moral choice. Both supporters and opponents of divestment believe they’ve chosen the best available option to achieve the same goal—justice and peace.

John Wimberly is a Presbyterian minister who opposes divestment.

REV. JOHN WIMBERLY (Presbyterians for Middle East Peace): I’ve become convinced, from Palestinian friends mostly, who’ve told me this: that what we’re doing when we pursue divestment is we are empowering the most extreme voices and the harshest voices on both sides of the wall. 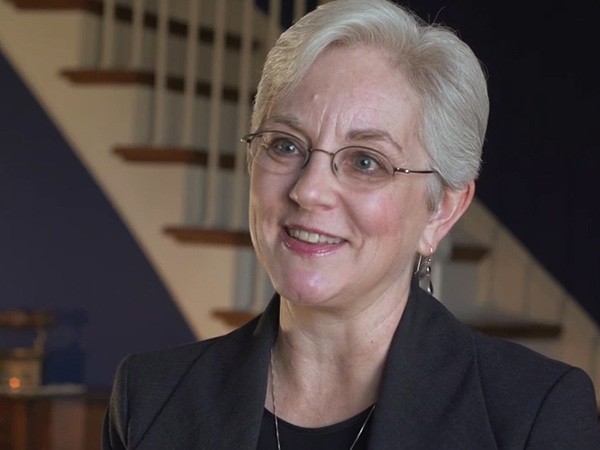 REV. WILDER: What we want to do is to say you don’t need to take a violent path. There are these nonviolent tools that we can use collectively to bring about the change we all seek.

POTTER: Divestment supporters compare their efforts to the anti-apartheid campaign against South Africa that helped to end white minority rule.

Nelson Mandela (at swearing in): So help me God.

REV. WILDER: No analogy is perfect, but there is a situation of separateness and unequalness in Israel and Palestine. And there is also a parallel, a hopeful parallel in that economic measures were used to change the dynamic in South Africa, and we’re hopeful that can be used here as well.

POTTER: Susan Wilder, a Presbyterian minister, took part in this joint Christmas service at Washington National Cathedral and an Evangelical Lutheran church in Bethlehem. Wilder's support for divestment is, in part, a response to what's known as the Kairos Palestine Document, issued six years ago by Palestinian Christian leaders.

Kairos Video (in Arabic): This document was founded on three principles: faith, hope, and love.

REV. THOMAS: I think this statement really crystallizes the plea that the United Church of Christ heard when it took its action. Our question to our brothers and sisters in the churches today is, are you able to help us get our freedom back? For this is the only way you can help the two peoples attain justice, peace, security and love. 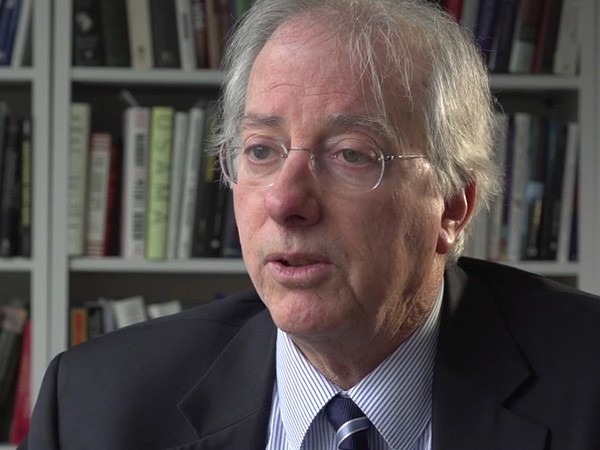 AMBASSADOR DENNIS ROSS (Washington Institute for Near East Policy):I’m not questioning the sincerity of those who are doing this, but I'm basically questioning their judgment. In the end, it’s hard to convince the Israelis there’s a price for their policies if it looks like it’s one-sided.

POTTER: Ambassador Dennis Ross, who spent years as a US envoy trying to negotiate a Middle East peace, says the real goal of many Palestinian organizers is to deny Israel's right to exist.

ROSS: The BDS movement itself has been about no Israel. It's not about two states. When it says peace, it's about peace because there is no Israel. Many of the faith-driven movements think that they are pursuing a cause that is just because it's about ending an occupation of Palestinians, not about ending an occupation of Palestinians at the expense of Israel's existence.

POTTER: Denominations that have voted to divest insist they support Israel’s right to exist, while opposing what they see as mistreatment of Palestinians. But when the Presbyterians meet next year, a proposal for a one-state solution will likely be on the table. 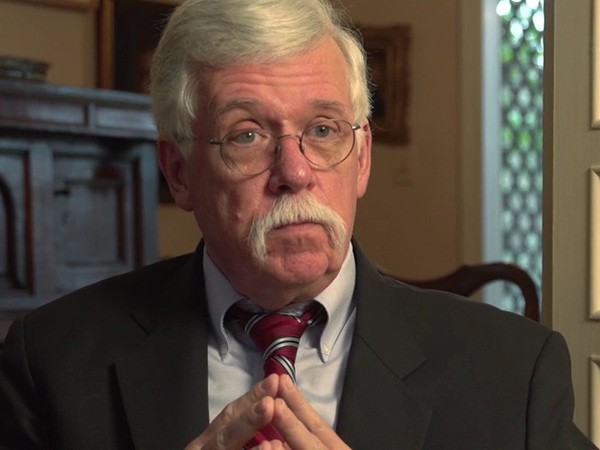 REV. WIMBERLY: There are extremes on both sides that want one state. There are Orthodox extremists in Israel who want one Jewish state, and there are people in the Palestinian community who want one Palestinian state. And so I think we would just be unleashing awful forces if we did that.

POTTER: Other Protestant denominations are still wrestling with divestment. The Episcopal Church voted it down last year, while calling for more positive engagement, dialogue, and reconciliation. The United Methodist Church also voted against divestment at its most recent General Conference, but its pension fund has dropped five Israeli banks from its portfolio. In the meantime, churches that have decided to divest concede their impact is likely to be limited.

MCCLOSKEY: The movement for divestment here was more an act of witness, of hope to the Palestinians, I would say, than it is an understanding that this will lead to the sanctions, to the outcry that will bring about change for Palestinians on the ground.

POTTER: Supporters believe divestment sends a clear and much-needed signal to Palestinians that they are not alone. But critics worry that if mainline churches become identified with just one side, it will undermine their efforts to be peace brokers in the region.

Correspondent Deborah Potter reports on the BDS (boycotts, divestment and, sanctions) movement, intended to pressure Israel to withdraw from the occupied territories, and the support it is receiving from some US churches. Last year, the United Church of Christ became the latest Protestant denomination to divest its pension funds from companies doing business in Israeli-occupied territories. Other denominations are still wrestling with the issue, and there are also religious leaders opposing the movement who are calling instead for more dialogue and engagement.