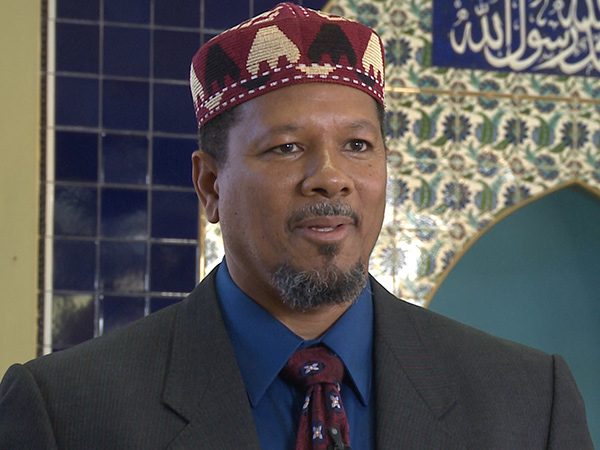 IMAM TALIB SHAREEF (Masjid Muhammad Mosque): Each day we pray it’s like we have an established appointment before God, and just like if you had some important appointments, you want to make sure that you’re clean. We want to represent our best before our Creator.

So the first thing when it’s time for prayer we say, am I clean? That cleanliness is a process. It starts with your intentions. In basic terms it’s I intend to make the ablution in preparation to stand in obedience before my Lord.

The first thing you do after you make your intentions is you actually wash your hands, make sure your hands are clean before you start to begin the ritual washing. He’s going to begin by washing the right hand three times and then the left hand three times. My actions are motivated spiritually, mentally, and then also physically, so that’s what the three times represents.

Now he’s going to wash his mouth three times. I need my mouth to be clean so it will be consistent with my actions, and I wouldn’t do something and say something else. The Quran says our lives should be in agreement with what we say. 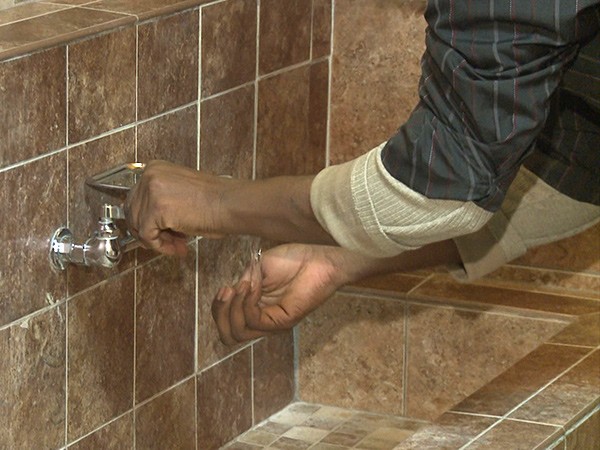 Then he’s going to wash his nose, and that will be followed by the whole face three times. So now he’s going through a process. We think, we act, we defend, we seek to purify ourselves and our spirit.

He’ll make just a small prayer asking God to give him light, bless him to shine. That completes the ritual washing called wudu.

There’s a common expression that says cleanliness is next to godliness. This is, again, a part of what’s in the spirit of what came from the Prophet, peace be upon him, and what the Quran also gives us about being clean.

One of the pillars of Islam is that Muslims pray five times a day. Before those prayers, they are expected to perform a purification ritual called Wudu, requiring that they wash their faces, hands, arms, and feet. We visited Masjid Muhammad Mosque in Washington, DC, where Imam Talib Shareef described the ablution practice as preparing for “an appointment before God.”

Dignity Beyond Death: The Jewish Preparation for Burial