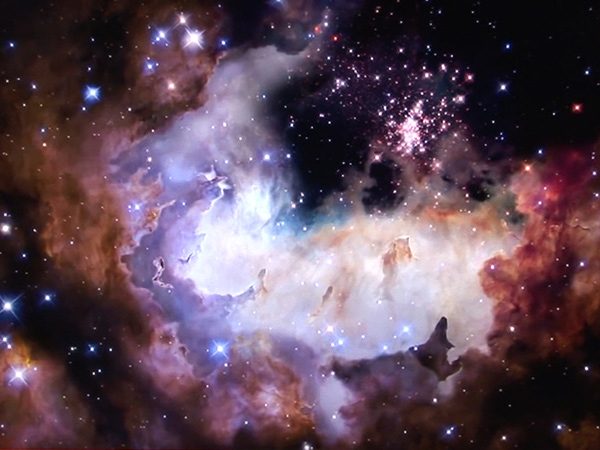 LUCKY SEVERSON, correspondent: “In the beginning God created the heavens and the earth.” Notice in the Book of Genesis it says “heavens” plural. Does that mean there is more than one? And could there be other earths and—the big question—other children of God? And if there is, what then?

PROFESSOR TED PETERS: The Bible makes it clear that the God of Israel is the creator of the whole universe.

SEVERSON: Ted Peters is a professor of systematic theology at the Pacific Lutheran Theological Seminary, and one of an increasing number of scholars known today as cosmo-theologians who are asking the question, what would the discovery of extraterrestrial intelligent life mean to religion? 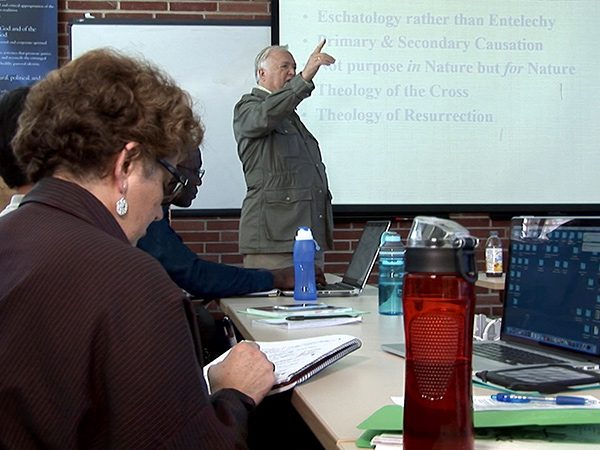 PETERS: I think that the God that called Israel out of slavery in Egypt and created the planet earth is also the creator of all those other worlds out there. I think there are good reasons, speculative reasons, for thinking that we’ve got brothers and sisters on other planets in outer space.

SEVERSON: And why not? As these Hubble telescope images reveal, it’s a big neighborhood out there. This is Steve Dick, a former historian for NASA and author of seven books, including, most recently, The Impact of Discovering Life beyond Earth.

Dick knows a thing or two about the universe.

STEVEN DICK: So our galaxy is about 100,000 light years across. That means if you were in a spaceship going at the speed of light, 186,000 miles a second, it would take you a 100,000 years to go from one end of the galaxy to the other end of the galaxy. There are hundreds of billions of galaxies in the universe.

DOUG VAKOCH (President, METI International): To me, it seems like it would be a miracle if there isn’t life somewhere else. 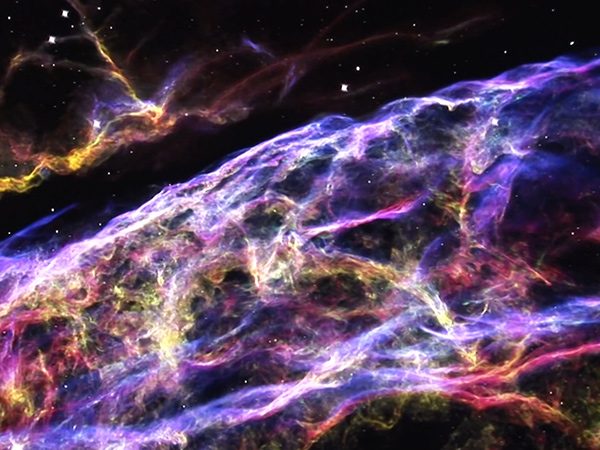 SEVERSON: Doug Vakoch is the president of METI international. METI stands for Messaging Extraterrestrial Intelligence. In other words, he’s trying to get hold of extraterrestrials and has been for several years.

DOUG VAKOCH: You can tell what a person believes by how they spend their life, and I’m looking. I think they’re out there, but I don’t have any proof.

SEVERSON: Composing a message is tricky business. Vakoch says earthly languages won’t work, but math may be a universal tongue. First, he hopes his message won’t convey the wrong meaning. And then, of course, there’s the distance thing.

VAKOCH: If there’s a civilization out there it’s a hundred years, a hundred light years or a thousand light years away. So we’re talking centuries or millennia to say hello and hope they don’t just come back with ‘what was that will you repeat please’. 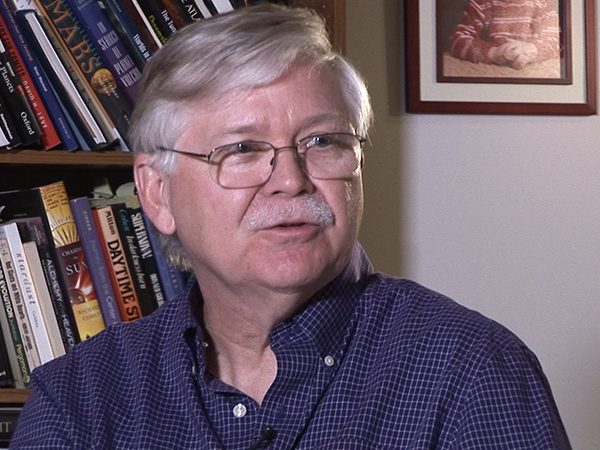 PETERS: I’m a little bit impatient with my fellow theologians who, when they talk about creation, they talk about planet earth. Planet earth, as Carl Sagan said, is just a tiny little pale blue dot compared to that great big grand magnificent cosmos that’s out there.

DICK: Twenty years ago now, we knew of no other solar systems, no other planets beyond ours. Now we know of thousands, indicating that they’re everywhere. Almost every star you look at has planets.

SEVERSON: You’re inclined to believe there is life out there?

How would finding extraterrestrial intelligence affect your religious beliefs? What might it tell us about ourselves? What would the theological implications be? Correspondent Lucky Severson talks with astrobiology experts and theologians, who say for some people “dealing with intelligence out there would take us away from being the center of the universe. For some people that’s very threatening, because somehow we won’t be as special as we have been…. The most important reason to search for extraterrestrials isn’t even to find them, but to understand ourselves better. We have assumptions about what it means to be human, what it means to be intelligent, what it means to be civilized. If we have the opportunity to meet someone indirectly through radio signals from another world, that will give us a radically new way of looking at ourselves.”