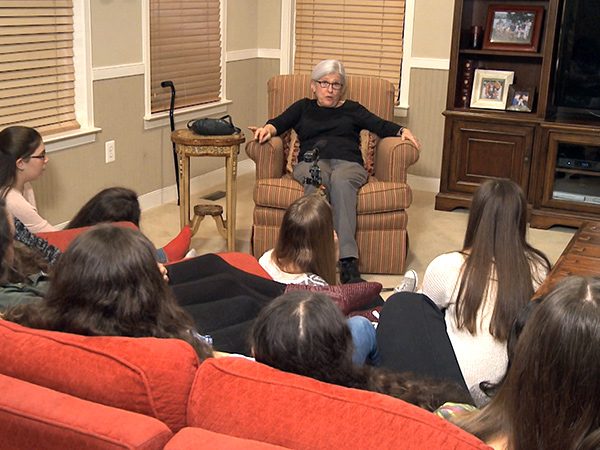 BOB ABERNETHY, host: Jews around the world commemorate Yom HaShoah, Holocaust Remembrance Day, May 5th. At a time when few Holocaust survivors remain, survivor Lola Byron shares her experience with teens at a Sabbath dinner aimed at encouraging future generations to know their history and be proud of the Jewish faith.

LOLA BYRON: In 1939, September 1, 1939, Hitler’s bombs fell on Warsaw, and in December my father, his two sisters, and his mother—his mother was divorced—and his mother decided that they needed to leave, and my mother, who was not yet married to my father at the time, decided to go with him. 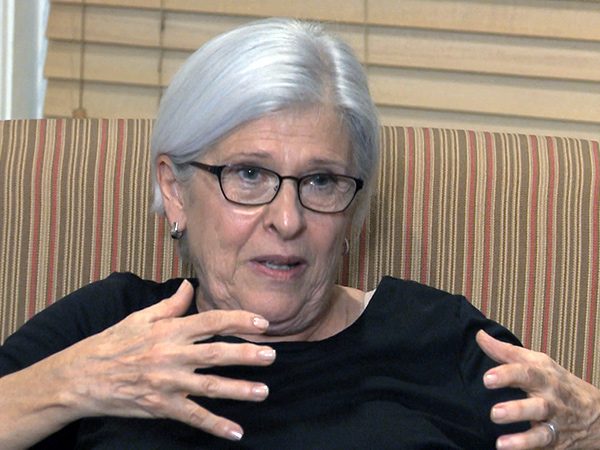 My parents ended up in a small Russian village, and that’s where I was born—in Siberia. When the war ended, they went to Poland and found that no one was left. There was no country to come back to. There was no family to come back to, and there were many people like my parents and me, and Americans and British set up displaced persons camps. So that’s what happened. I lived in Germany. I went to a German school. And I knew, I understood that no one was supposed to know I was Jewish. So when I came to the United States and we were living in New Jersey and I was trying to figure out who I was supposed to be. And I was trying to give the right answer, and Jewish was the wrong answer.

RACHEL NEVETT: The biggest thing I got out of Lola’s story was how important it is to be proud that we’re Jewish. Most of us are at a time 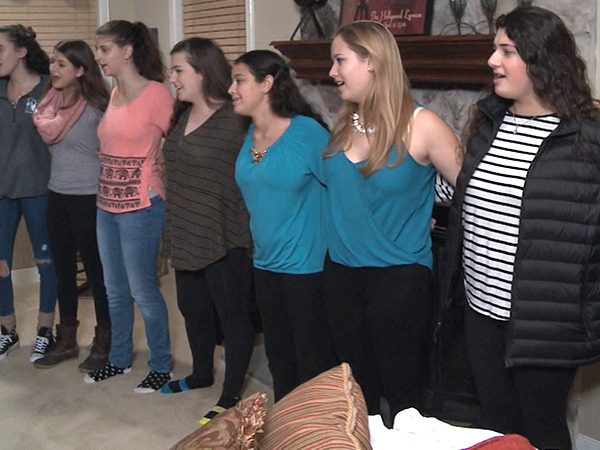 when we’re looking at colleges and trying to figure out where we can go and be ourselves and find our identities while still being proud to be Jewish. Lola experienced so much anti-Semitism. There’s still so much anti-Semitism in our world today. You hear stories every day of buildings being spray-painted with swastikas and something that’s so important is staying strong and staying proud. This event is called a “Shabbat to Remember,” and it’s so important that we do remember and that we remember these stories, and we can pass them down to our children and our children’s children, and just making sure that nothing as horrible as the Holocaust ever happens again.

BYRON: As you were all standing up and doing this Havdalah service I thought, isn’t that amazing? So many Jewish young women feeling completely comfortable with where they are and what they’re doing and not having to hide and not having to do it on the sly. It’s a gift. It’s really a gift.

Jews around the world will commemorate Yom HaShoah, Holocaust Remembrance Day, on May 5th. At a time when the number of Holocaust survivors is dwindling, we listen to one survivor, Lola Byron, who shares her story with teenaged Jewish girls at a Sabbath dinner aimed at encouraging future generations to know their history and be proud of the Jewish faith.