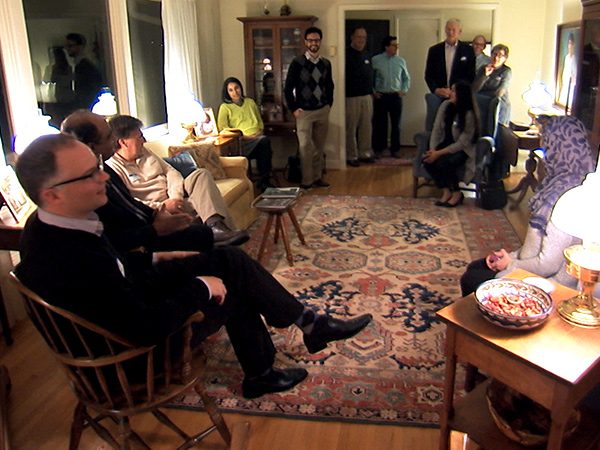 KIM LAWTON, correspondent: In a wealthy suburb of Nashville, this small group has gathered to meet some new people and make some new friends. But this is far from a typical social mixer. Half of the people here are Christians, and half are Muslims. They’ve come specifically to bridge interfaith divides. Helping to break the ice is a local evangelical pastor, Josh Graves. He says in a climate often marked by fear and bigotry, Christians have a spiritual duty to get to know their Muslim neighbors.

REV. JOSH GRAVES (Otter Creek Church of Christ): The stereotypes lose their power because they’re replaced by true, authentic relationships. It’s very hard for people to care about people they don’t know. That’s just true of humans wherever you are on planet earth. 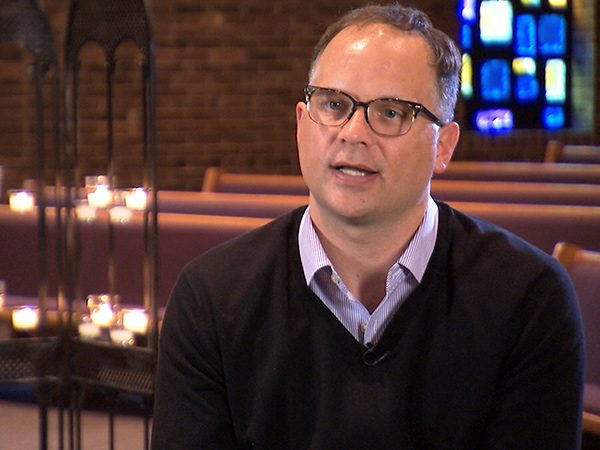 LAWTON: This election season, interfaith groups have been condemning anti-Muslim rhetoric by candidates and political campaigns across the country. Several groups have launched national initiatives in response. With anti-Muslim legislation and rallies moving forward in many communities, interfaith leaders are also calling for more local efforts. Nashville is sometimes nicknamed “the Buckle of the American Bible Belt,” but its Muslim population has been growing rapidly. The city now has the largest Kurdish population in the US, leading some to jokingly refer to it as “Little Kurdistan.” Muslims here say they have felt the sting of anti-Muslim rhetoric.

PAUL GALLOWAY (Executive Director, American Center for Outreach): Every single week, there’s radio hosts who bring on people whose sole purpose is to badmouth the religion of Islam or to talk bad about the Muslim community. And I’m talking about very popular, so-called 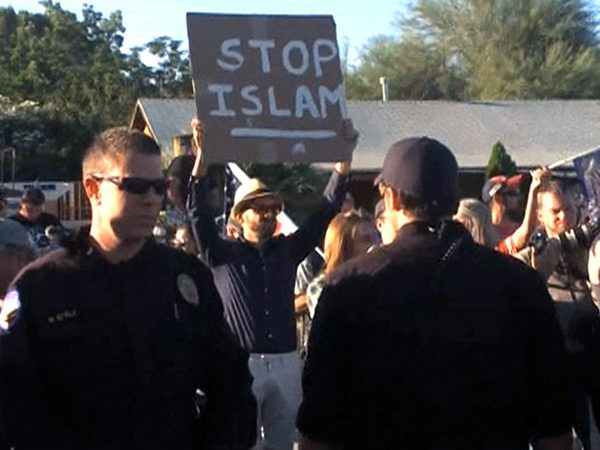 conservative radio hosts. And the practical effect of that is there’s a real hatred that’s constantly being whipped.

DAOUD ABUDIAB (President, Faith and Culture Center): It’s often discounted as rhetoric. In fact, what happens is the candidate is speaking directly to me. Speaking to my wife. To my child. And it is not easy to discount such rhetoric when it’s about you.

DR. AMIR ARAIN (Islamic Center of Nashville): I think the most impact of this fear of what’s going to happen is on our kids. They are most worried about it, especially my daughter, who is a twelve-year-old. She’s worried, you know, we may have to move from here.

LAWTON: Josh Graves is lead minister at Otter Creek Church of Christ, a megachurch in the Nashville suburb of Brentwood.

LAWTON: What is your response when you see this rhetoric seeming to resonate with some evangelicals?

GRAVES: It grieves me because it betrays the fact that people don’t always know what’s actually in the Bible: the love of God. Love of neighbor. Here’s the whole essence Jesus says of everything that I stand for. 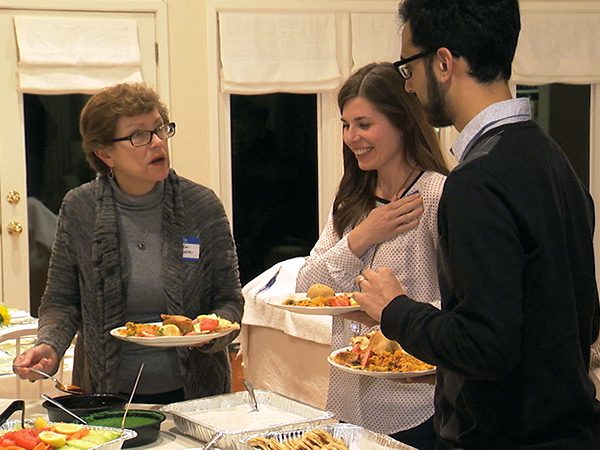 LAWTON: Graves is author of the controversially titled book How Not to Kill a Muslim: A Manifesto of Hope for Christianity and Islam in North America. Although many evangelicals have not been active in interfaith efforts, Graves urges his fellow Christians to counter hate by building meaningful relationships with Muslims. He raises those themes as an adjunct Bible professor at Lipscomb University, a local Christian university. Otter Creek Church has sponsored several events bringing in Muslim speakers to explain who they are and what they believe.

In addition, Graves and some of his church members have joined forces with a local interfaith group, the Faith and Culture Center, for the “A Seat at the Table” initiative, where Christians and Muslims share a meal together.

GRAVES: From what I’ve read in the Qur’an, in the New Testament, and in the Jewish scriptures, hospitality is a central discipline of life. You can’t get around it. Like, what you do with your pots and your pans is what you really think about your religion. 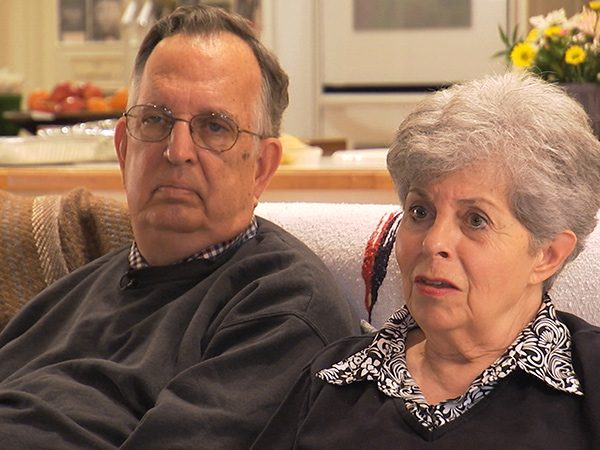 SANDRA COLLINS: We have friends we know who are exclusive, who would not appreciate this. And I was thinking when I learned that you were going to put this on television, that I may have family members, I may have friends in other states, who will be so shocked. I hope not. I hope they’ll say hooray, I’m glad they did it.

LAWTON: Organizers say the most important part of the meal is the conversations that take place. 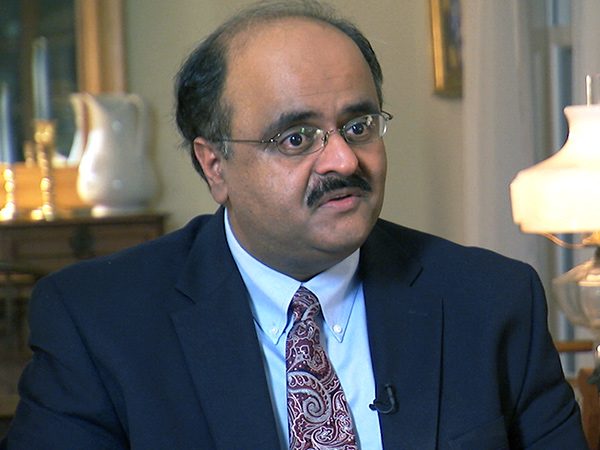 ARAIN: Here you meet people to people. And the people-to-people contact certainly allays all kind of fear and suspicion.

LAWTON: Amir Arain is a neurologist at Vanderbilt University Medical Center. He and Graves have become good friends. Often when evangelicals reach out to people of other faiths, the only goal is to convert them to Christianity. Graves says that’s not the case for him.

GRAVES: Ultimately, I think Jesus is the most compelling thing that’s ever happened in human history. I hope Amir becomes a disciple of Jesus in the same way he hopes I become a disciple of the Qur’an. So we’ve gotten that out of the way. And then we live our lives. The end game is working together for the flourishing of the city you live in. 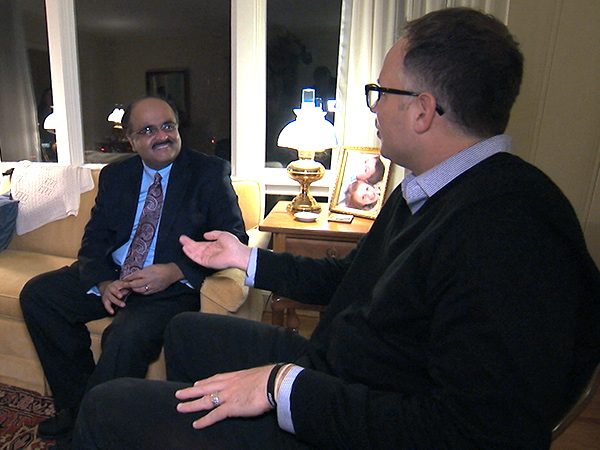 LAWTON: Graves says he has wide support for his interfaith work within his congregation. But he acknowledges some parts of the evangelical community don’t approve. He says he’s heard the murmurings.

GRAVES: The Muslim lover, the Muslim-loving pastor, which I’ve responded to when I have the chance to say, “What choice do I have? I love everybody. I don’t think I get to pick who I love.”

LAWTON: Faith and Culture Center president Daoud Abudiab says the efforts of Christians to reach out has been deeply encouraging to Muslims, especially during the most difficult times. In 2008, his Islamic center in Columbia, Tennessee was firebombed by three white men.

ABUDIAB: Those were three young men who have self-identified as Christians who lived in our community and who later on explained that in their perception what we were doing in that Islamic center was against the teachings of their Bible.

LAWTON: But in the days after the attack, Abudiab says Christians, Jews, and others mobilized to support members of the destroyed center. 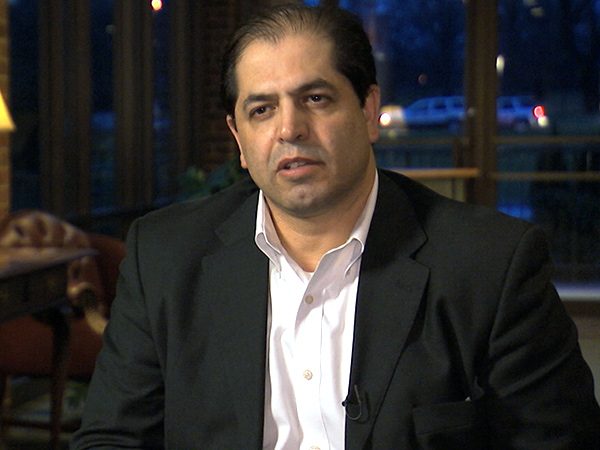 ABUDIAB: For me personally, that changed my definition of what a community is. It was the people who hold the same values in their hearts.

LAWTON: Paul Galloway, executive director of the American Center for Outreach, says people of many faiths are hoping the bridge-building in Nashville can be a model for other communities struggling over religious diversity. He showed me a recent ad in the Tennessean newspaper which was signed by leaders of many different faiths.

GALLOWAY (reading ad): “No matter what we believe, where we come from, or what our differences might be, together we’re better.” It really just says, no matter what else happens across the world, no matter what happens in Tennessee, as Nashville our values are to be welcoming, and we’re going to work together and respect each other.

LAWTON: And Graves believes that’s a message that is needed now more than ever, not just here in the US. He says he hopes someone in Egypt is writing the book How Not to Kill a Christian.

GRAVES: One of the things we hope that comes out of this is that Christians in other parts of the world where it is difficult to be a Christian—we hope that their lives are better off because of how we’re treating Muslims in the United States.

There’s been a lot of negative campaign language about Islam this election season—calls for banning Muslims from entering the US and for patrolling Muslim neighborhoods. But there are also serious attempts to oppose anti-Muslims rhetoric. Correspondent Kim Lawton reports on efforts in Nashville, Tennessee to counter hateful speech by building personal relationships between Christians and Muslims. She talks with Rev. Josh Graves, pastor of an evangelical megachurch and author of How Not to Kill a Muslim: A Manifesto of Hope for Christianity and Islam in North America, along with Muslim community leaders who are participating in the bridge-building efforts.