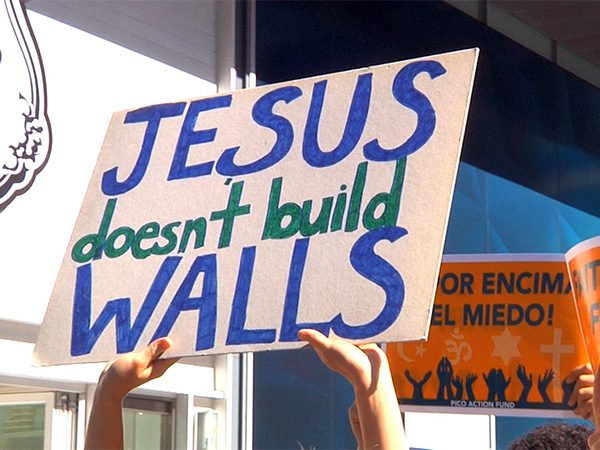 KIM LAWTON, correspondent: As interfaith activists protested outside, some the nation’s most prominent conservative Christian leaders held what they called a “conversation” with Donald Trump. The session was closed to the press, but some cell phone footage was posted on social media. DONALD TRUMP (in speech): There’s no spirit in these inner-cities.

LAWTON: Trump answered a series of pre-selected questions. He assured the group he would protect their religious freedom and appoint prolife judges. He said his position on immigration is more nuanced than it’s portrayed, and he claimed that he himself is a “tremendous believer.” Evangelicals are a key part of the GOP coalition, but they have been deeply divided over Trump. Organizers said the gathering helped many in their decision process. 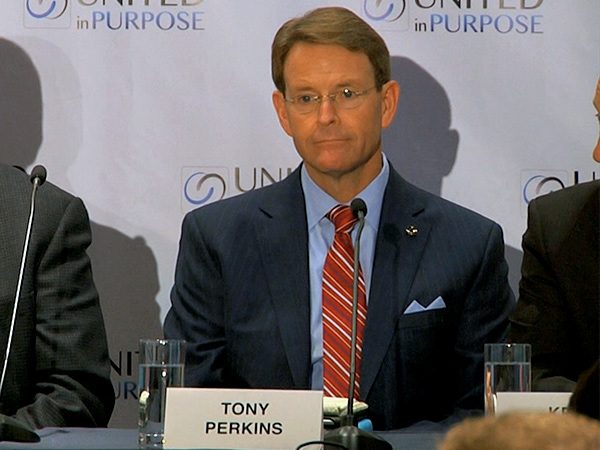 TONY PERKINS (President, Family Research Council): I don’t think people are leaving here with their minds made up, but I think they’ve moved the needle today, and I think now he has a little bit—will have, I think—growing, increasing wind in his sails from a grassroots standpoint.

LAWTON: Some evangelicals who were not at the meeting criticized those who were. Several Christian clergy said Trump does not represent them.

REV. AMY BUTLER (Senior Minister, Riverside Church): If Donald Trump wants to convince us that he shares our values, he’s going to have to start talking about things like compassion, human dignity, and justice.

LAWTON: Other religious leaders criticized Trump’s claim during the meeting that he and the public “don’t know anything about Hillary in terms of religion.” The Faith Voters for Hillary Clinton PAC issued a statement citing Clinton’s many discussions of her lifelong United Methodist faith. 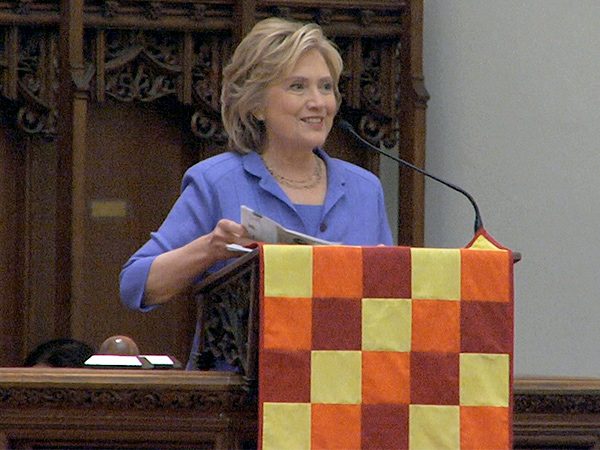 HILLARY CLINTON (speaking at worship service): This is the day the Lord has made.

LAWTON: Meanwhile, the Jewish group Bend the Arc organized a series of interfaith vigils to protest what they called Trump’s “anti-Muslim, anti-immigrant, anti-woman, and violent agenda.”

RABBI JASON KIMELMAN-BLOCK (Director, Bend the Arc Jewish Action): I think that this threat is real. I think it's a threat to our democracy in many ways.

LAWTON: The group pledged that Trump will not become president on its watch.

We round up the religion-and-politics news of the week, from Donald Trump’s meeting with evangelicals to reactions from supporters and detractors.