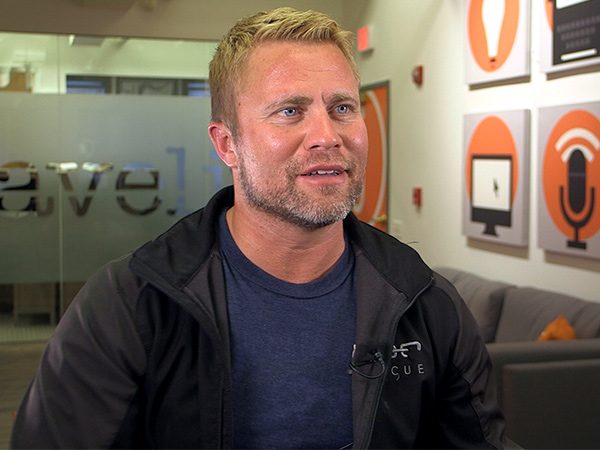 DAN LOTHIAN, correspondent: Under cover of darkness, Colombian federal law enforcement agents approach their target, weapons drawn. There’s strong evidence that something illegal is taking place inside. It’s a suspected child sex trafficking ring. They storm the room and order the suspects to hit the ground. Everything seems in place, but this man in the corner stands out. He’s an American, seemingly rattled that they’ve all been caught. He wants to find the snitch.

TIMOTHY BALLARD (Founder and CEO, Operation Underground Railroad): Which one of you are with the police?

LOTHIAN: Actually, he is. This is Tim Ballard—not the American businessman trying to buy children for sex parties, as these Colombians believe, but the founder of an organization that partners with authorities to rescue kids from human traffickers around the world.

BALLARD: We get arrested. We get mock arrested, and we are yelling at the traffickers, saying “who called the cops?” to keep our cover. 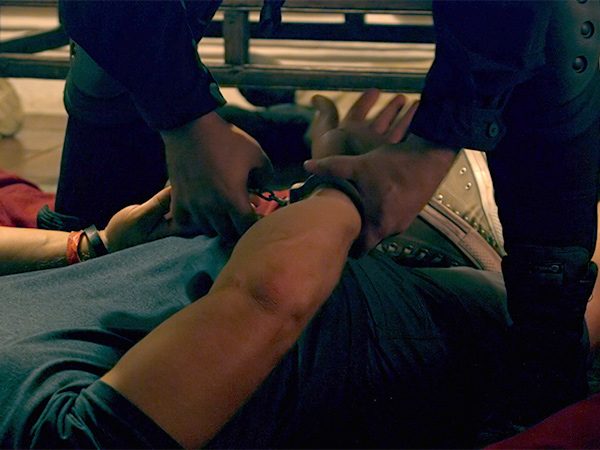 BALLARD: These traffickers—of course, they sell mostly to local clients. But if you are an American or Westerner coming into town—oh, they flock to you, and your ability to rescue more kids and bring more traffickers into the trap is greater.

LOTHIAN: And that’s the point of Operation Underground Railroad, Ballard’s nonprofit organization formed in 2013. The father of six is following his passion and his faith.

BALLARD: We know what a childhood is supposed to be, what innocence is, and if there really are millions of children that don’t have that and that are being abused in the worst way—how can you face your maker and say I did nothing? 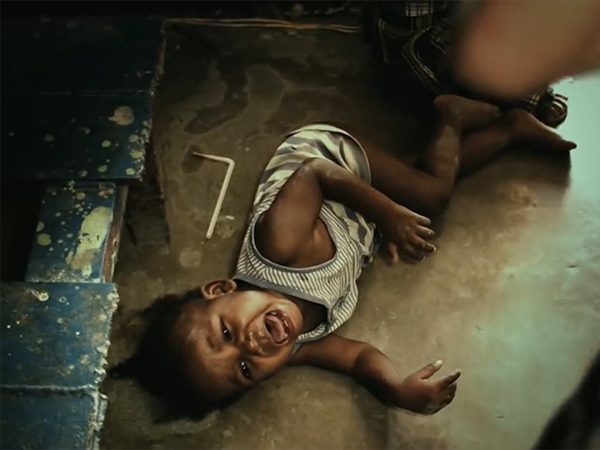 LOTHIAN: For a dozen years Ballard worked as a special agent and undercover operator for the Department of Homeland Security. His investigations centered mostly on child trafficking crimes. There was action, good benefits, and job security. As part of his government job, Ballard was having success traveling around the world, sometimes to remote areas to rescue young children from traffickers. But he soon realized that there were limitations, such as budget concerns, jurisdictional issues, or other legal hurdles that needed to be cleared in order for the US government to get involved. He credits his wife and her strong faith with nudging him in the right direction.

BALLARD: She said, now think of it in terms of the calling that you feel that you have received that what God wants us to do. She said, you might have to quit your job. If you quit your job you can still take the tools, and imagine, you can go to the places that don’t have the resources but do have the kids that need help.

LOTHIAN: Ballard, a devout Mormon, quit his government job, and with enough savings to last about six months he convinced a team made up of former Navy Seals, CIA operatives, and others of all faiths to join him.

BALLARD: It requires faith. That is what it requires. It requires just the confidence that someone else is—there is a power greater than my team that is going to protect and warn and advise and keep us calm.

LOTHIAN: After all, it’s gritty, dangerous, and often disturbing work pretending to be interested in paying for young children while surrounded by criminals with guns. But it’s a major problem with serious consequences. Human rights groups and other experts in this area estimate that there are between 22 and 46 million labor- or sex-trafficking victims in the world. That wide spread has to do with the difficulty in counting this “hidden” population. About two million of that number are believed to be children. 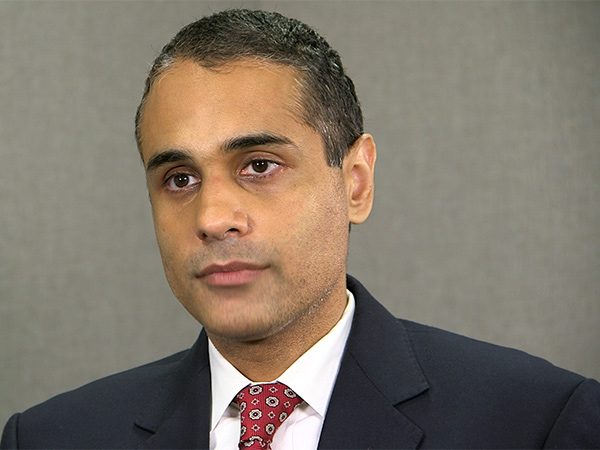 is the author of Sex Trafficking: Inside the Business of Modern Slavery. He also runs the program on human trafficking at the Harvard Kennedy School [of Government] and teaches perhaps the only course on the subject.

SIDDHARTH KARA (Director of Program on Human Trafficking and Modern Slavery at the Kennedy School of Govrnment, Harvard University): There is no more painful encounter I had had than documenting child slaves. Whether they are working a construction site or in a mine or in forced prostitution, to see a child 10, nine, 11 years old being brutalized for greed and profit—it is impossible to fathom that this takes place in the modern world. Cracking down is difficult because in many countries laws are weak or aren’t enforced. There’s also a lot of money involved. 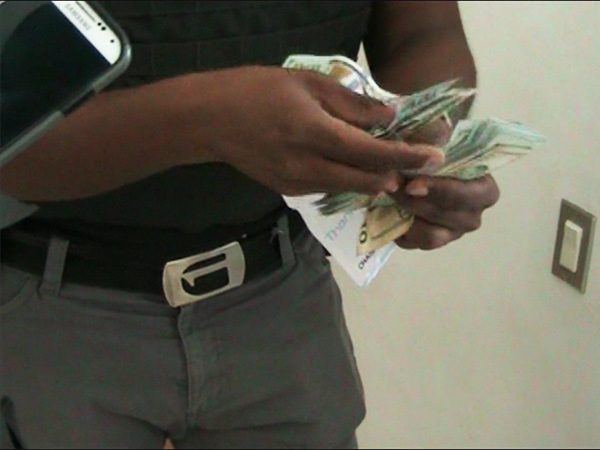 LOTHIAN: So money is the big driver here?

KARA: I have traveled the world for 16 years documenting thousands and thousands of slaves, and very rarely have I found slaves being exploited just for the sake of it, just for cruelty’s purposes. It is almost always about profit, generating profit.

LOTHIAN: It’s estimated this criminal industry generates profits that exceed $150 billion per year. Ballard is undeterred. He says his organization has worked in 18 countries, rescued close to 600 victims, and has assisted in the arrests of nearly 300 traffickers. All this video not only provides good evidence but is part of the documentary film “The Abolitionists,” from the producer of “Schindler’s List” and “Jurassic Park.”

Movie Trailer for The Abolitionists: So she’s 14? Yes. Does she do everything? If she wants more money she better ask. She’s 14, right? Yea. Oh, you’re the man. People travel all over the world to engage in sex with children.

LOTHIAN: And what happens to all the young children once they are rescued from this dark underworld?

BALLARD: You can’t just have a halfway option on this. I mean, you’ve got to have a shelter, a center that can raise a child, because so many kids can’t go home. As hard as this is to believe, their parents are part of the problem. They are selling their own kids.

LOTHIAN: They are selling them? 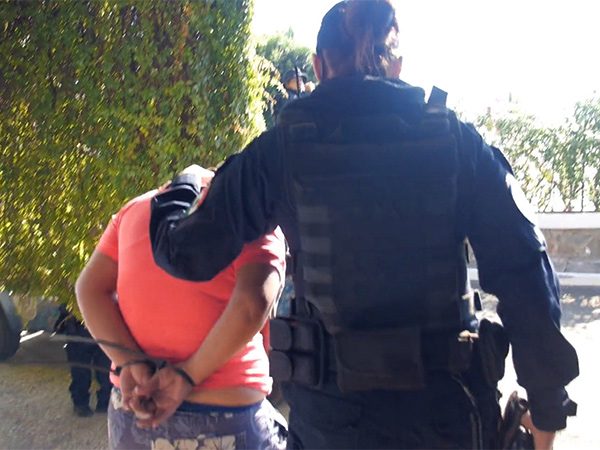 BALLARD: Or they are on the take, or they are turning a blind eye. And we work with government officials to make sure, is this a safe place? Can they go back here? If not, we have a home.

LOTHIAN: Whether it’s the movie, books, speeches, or online tools to help law enforcement, Ballard is working to raise awareness. He stepped back from undercover work because of his high visibility, but he hasn’t slowed down.

BALLARD: Looking back, I can’t even imagine what I was thinking. Like I can’t believe I had the guts to do what I did, not knowing that it would become this. But it has become this, and I absolutely attribute that to my faith and to the faith of my team—that we believed that if we just took that step, that a higher power would come in and take care of the rest.

Tim Ballard, an American Mormon and undercover agent has traveled all over the world to fight those buying and selling children. He talks with correspondent Dan Lothian, who reports that the child trafficking business generates profits of more than $150 billion a year. Ballard, who founded Operation Underground Railroad to rescue young children from criminal traffickers, says he counts on a higher power to keep him and his team safe.