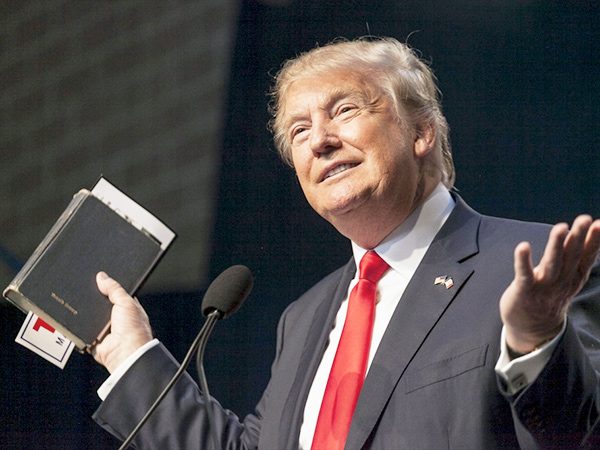 BOB ABERNETHY, host: We want to look now at the reaction, primarily among Christians, to Donald Trump’s remarks. David Gibson is a national correspondent for Religion News Service. He joins us today from New York. David, welcome.

ABERNETHY: What do you see in the religious reaction to some of what’s been said?

GIBSON: Well, I think the key responses you have to look at are white evangelicals. That’s such a critical bloc for the Republican Party. And you know, Bob, it seems every election cycle we come together and talk about it: is this finally the death of the religious right? Well, it looks like that epitaph could be written this election cycle with the candidacy of Donald Trump. This latest video, the ongoing allegations of sexual harassment, sexual assault that are coming out, the way the candidate is responding really have divided evangelical leaders in the way they hadn’t even been before. A lot of them are doubling down, especially that old-guard religious right doubling down on their support of Trump. Never Trump evangelicals are saying look, this is the last straw. There’s no way any good evangelical can support this guy. The key is that you’re seeing some of this showing up in the polls for white evangelical voters. They’re only supporting him about 65 percent. That’s not nearly enough to get Donald Trump into the White House.

ABERNETHY: And David, what about Catholics? What’s going on there? 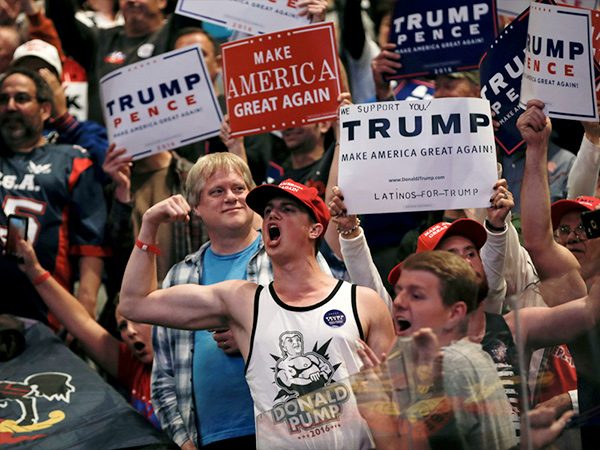 ABERNETHY: Have the bishops come out in any way on this?

ABERNETHY: And you’ve also talked, I think, about what’s going on in the Far West, in Utah, for instance—a state in play that was not expected that way.

GIBSON: Yeah, a complete red state. So rock-ribbed Republican Mormons there are getting turned off by this Trump rhetoric and by his anti-immigrant rhetoric, his talk on religious liberty and curtailing it for certain groups. That really has cut into his support with Mormons. It’s virtually tied in Utah, and this could be key in places if this election tightens toward the end in places like Utah and Arizona. It used to be a lock for the Republicans.

ABERNETHY: Many thanks, to David Gibson of Religion News Service.

With less than four weeks until the election, faith groups continue to respond to the turmoil of the presidential campaigns. The release of a tape with sexually offensive comments from Donald Trump has provoked vigorous debate among many evangelicals, conservative Catholics and Mormons. Host Bob Abernethy and Religion News Service reporter David Gibson discuss some of the religious reactions and their likely effects.