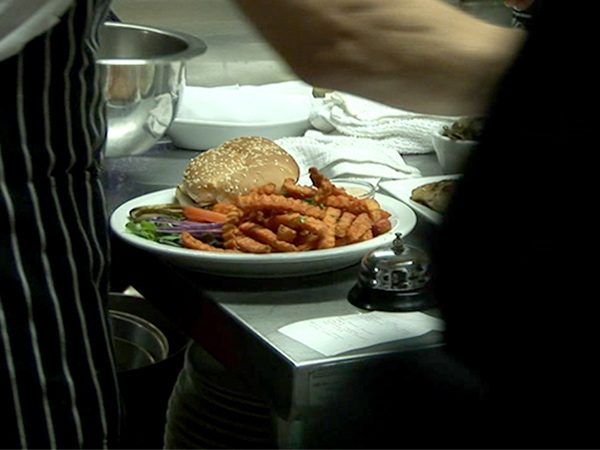 LUCKY SEVERSON, correspondent: Of all the fine restaurants in San Francisco, and there are many, this one stands out. It’s a supper club called Old Skool Café.

SEVERSON: It’s not just good food that draws people like Pastor Tim Ritter. It’s the staff. On average three out of four of the kids, who are the waiters and kitchen help have been locked up or in trouble with the law. Three out of four. Instead of serving time, now they’re serving food.

Teresa Goines with kitchen staff: And do you leave the skin on, do you take the skin off?

SEVERSON: There would be no Old Skool if not for Teresa Goines a former corrections officer for the state of California. 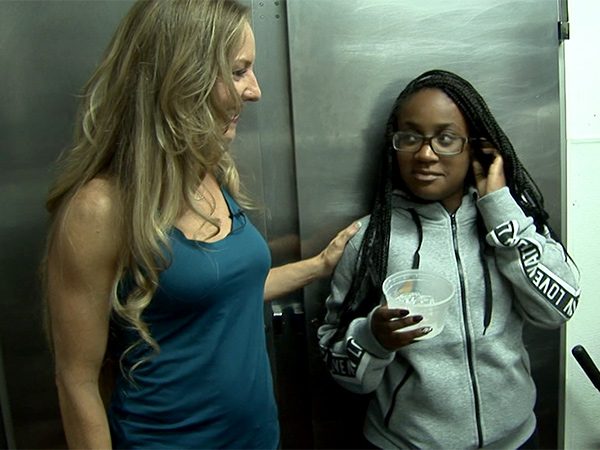 TERESA GOINES (Founder, Old Skool Café): The young people that were incarcerated that I worked with were the ones that God used to break my heart open to say this is your calling.

SEVERSON: Susan Brown is with the Brown Institute On Politics and Public Service, named after her father, Willie Brown, the former mayor of San Francisco.

BROWN: Anyone who can come from the juvenile system as a guard and see that’s not working and then figure out how to make something great, something that does work, is amazing.

SEVERSON: Teresa Goines’s work as a guard, changed her life in a significant way. What broke her heart was the young folks she worked with would show promise and improvement while they were incarcerated but when released back into their old environment, they went back to their old ways 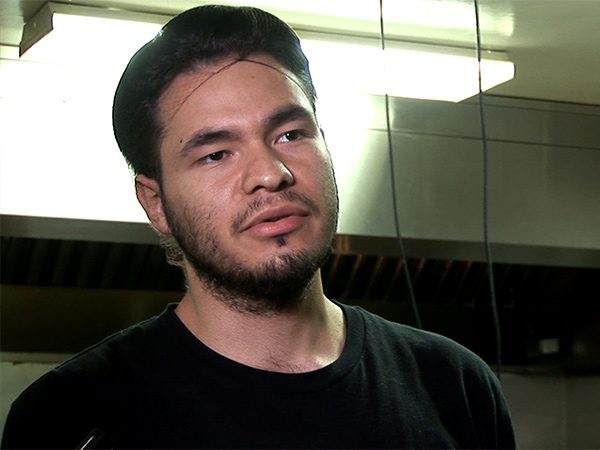 SEVERSON: So with lots of prayers and some unrealistic hope, this non-denominational, devout Christian quit her job, invested a small inheritance and savings in a tiny restaurant in her home and employed at-risk kids, many with backgrounds like Elijah Martinez.

ELIJAH MARTINEZ (Employee, Old Skool Café): I can t remember any memories of my dad or my mom actually. I was raised by my grandma. She was the one who took care of me ever since I was born.

SEVERSON: But if Old Skool Café was to stay afloat, or grow, she needed some deep pockets, so she set out fund-raising.

GOINES: I have no business background, I have no restaurant background other than having been a waitress for four months when I was 19 … and on top of it nine out of 10 restaurants fail … and I’d like to take youth who have never worked before coming out of jail who have maybe some anger issues … I was told you know by people I’d asked for funding, it was the worst idea they’d ever heard. 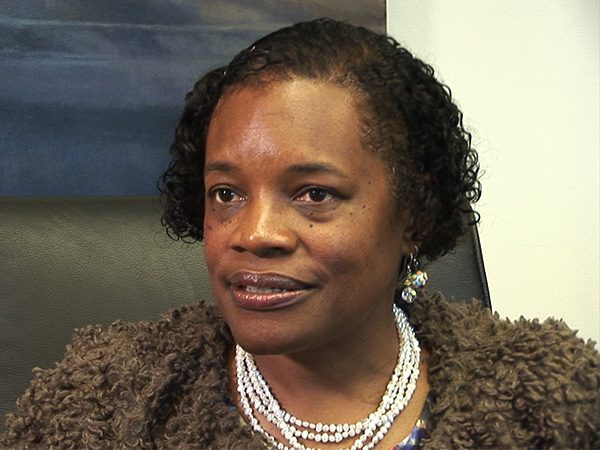 SEVERSON: But she kept at it, and just when it looked like there was no hope, she found one investor and then another, and small contributions and now the non-profit, Old Skool Café, has it’s own building, albeit in one of the toughest neighborhoods in San Francisco.

BROWN: That is what I love most about Old Skool Café. It allows someone to pull themselves up by their own bootstraps and do it themselves and succeed.

SEVERSON: Many of the kids attend high school when they’re not at Old Skool, some have other part time jobs. Here they learn the ins and outs of the restaurant business. This is Jay.

JAY (Employee, Old Skool Café): They taught us front of the house, back of the house service, how to cook, how to prep, how to serve, and we’ve learned a lot from the training. I think we all appreciate it a lot.

SEVERSON: Nobody just drops in to the Old Skool Café. It’s not that kind of a neighborhood. It’s a tough neighborhood. People only come here with reservations. Inside, it s another world, a 1940s supper club, reaching back to happier times.

Staff praying: Help us to have a good service tonight and we are thankful that we could be thankful for things. Amen. 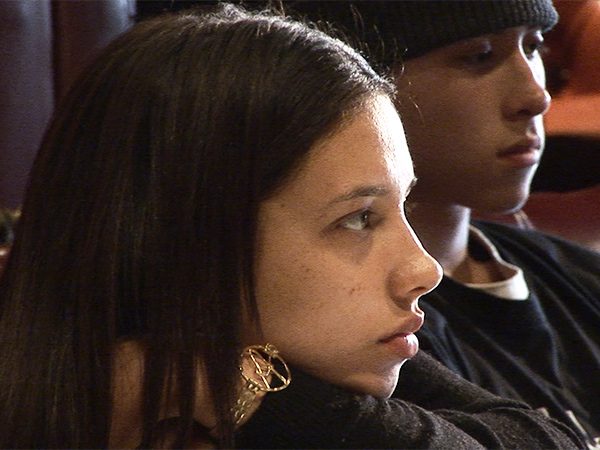 SEVERSON: It’s not easy for the kids, aged 16 to 22 to get accepted here. Many are referred by probation officers and other juvenile agencies. After they’re accepted, most stay in the program for about two years, some longer. They can expect months of training about how to get a job and keep it, and then at least an hour a day of discussions from a “Life Coach.”

Life Coach: I am flexible. Change comes to me easily and effortlessly.

SEVERSON: The rules even after they’ve been accepted are very strict. More than one absence can mean they’re kicked out of the program.

GOINES: I’m strict because the world isn’t, you know, they’re not going to make it if, if we don’t have a high bar for them and teach them how to push themselves and reach their full potential. 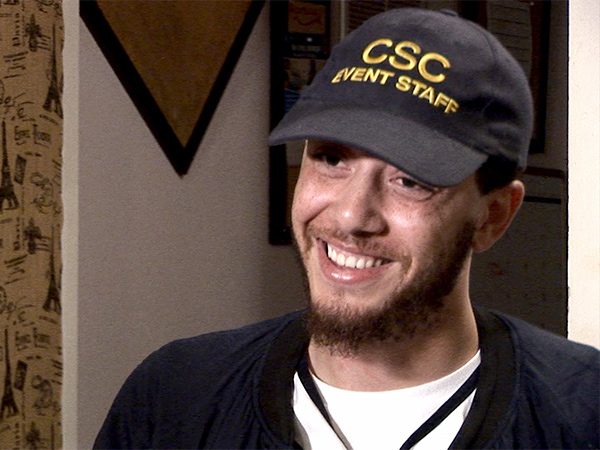 SEVERSON: Jeremiah Rushing is one of Old Skool’s graduates

You spent some time in jail right?

JEREMIAH RUSHING (Graduate, Old Skool Café): Yeah, it started when I was 14.

SEVERSON: He was into drugs, alcohol, grew up in foster care.

When you looked to the future, what did you see?

RUSHING: Prison, because a majority of my friends were getting into jail and so I was like that’s just the way it is, there is no way out.

SEVERSON: Now he’s attending college and mentoring kids in a middle school. If the proof is in the pudding, the Old Skool Café, now in business for four years, has accomplished what Teresa Goines hoped it would.

GOINES: So the national average is 76 percent of people who are released from jail or prison, will return over and over again in their lifetime. And ours, and compared to ours is 10 percent of youth that complete our program, will return. 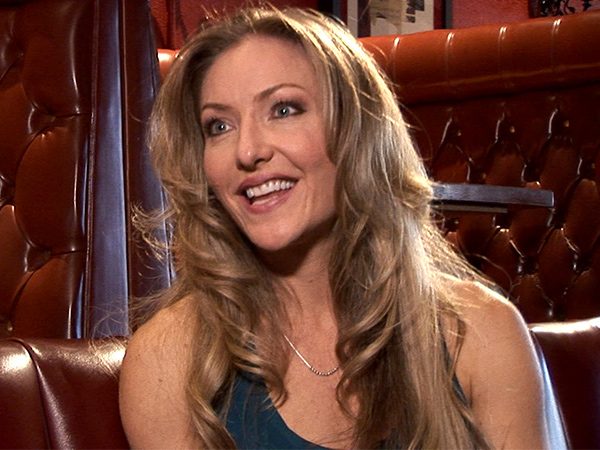 SEVERSON: Jeremiah now has plans for the future, and they don’t include returning to the streets.

RUSHING: I’m planning out right now, so in about five years I’m going to be almost 29, 28, I wanna be in a loft, a loft apartment in law school with my backpack business.

SEVERSON: Over 300 kids have graduated from Old Skool. Teresa Goines would like to see Old Skool Cafés in cities across the country. But even this one is still struggling. She says she’ll keep praying.

There is a supper club in San Francisco that not only serves good food but also trains former juvenile prison inmates to run it.  More than three out of four of the staff have been in prison. Correspondent Lucky Severson reports on a former corrections officer, Susan Brown, who felt called to help former prisoners, especially juveniles, stay off the streets.  She quit her job and started a small restaurant where 16-22-year-olds learn the skills needed to finish school and find jobs. More than 300 former inmates have completed the Old Skool program.