NASHVILLE, TN — Before our group studied Islam in other parts of the world, the organizers wanted us to see some of the nuances of Muslim communities in America. And where better to do that than in Nashville, Tenn.? I have to admit I was surprised to learn that this city—often nick-named “the Buckle of the Bible Belt”—is rapidly becoming a very diverse place.

According to the mayor’s office, 12 percent of people living in Nashville are foreign-born, compared to just two percent in 2000. Significant numbers of them are Muslim immigrants. In fact, Nashville now has the largest Kurdish population in the U.S.

Many local Muslims told our Senior Journalists Seminar they were attracted to Nashville because of its largely conservative social values and family-oriented culture, as well as strong economic opportunities. 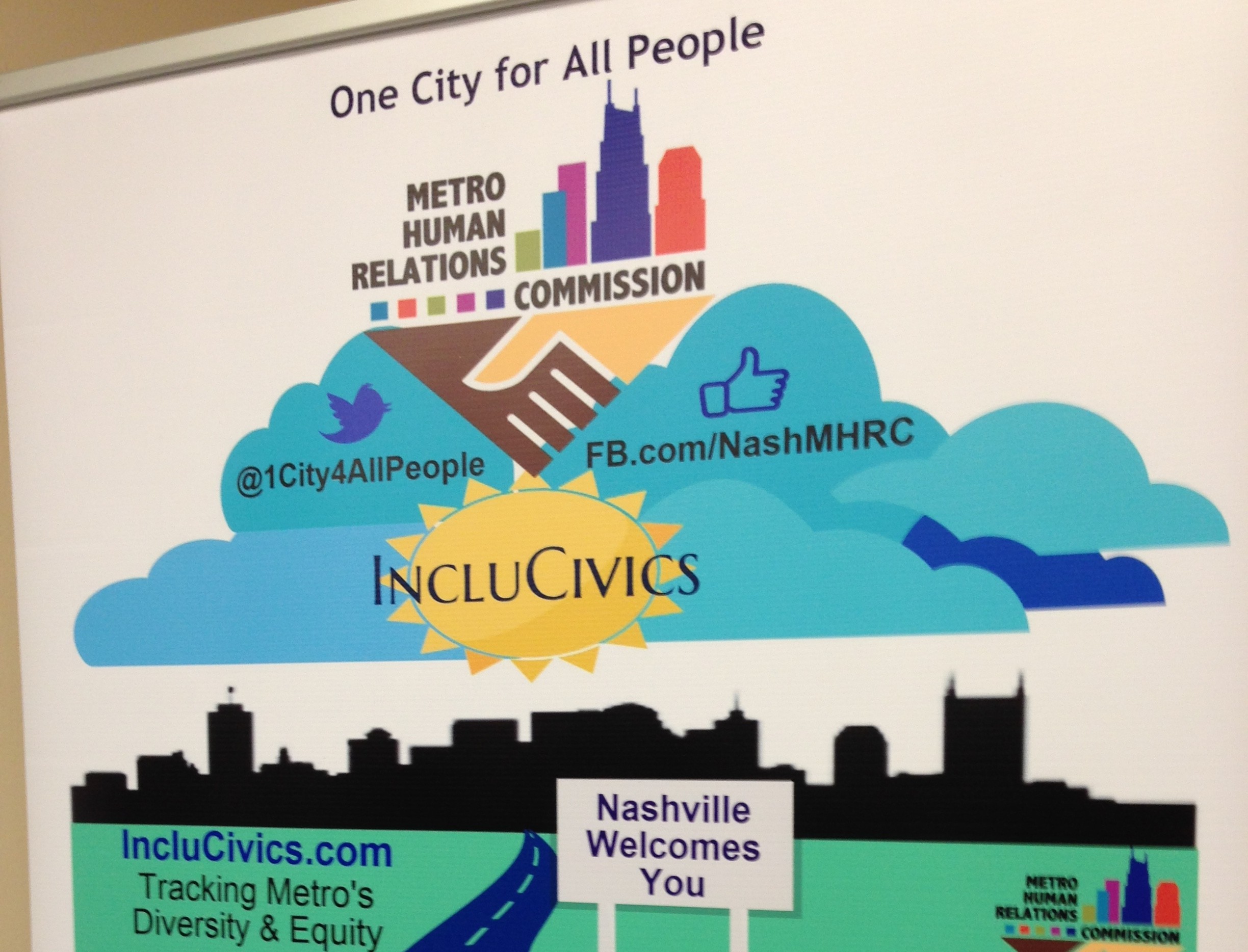 Outgoing Mayor Karl Dean believes Nashville is “a better city because of our diversity.” He told us, “We learn from each other and that makes the city stronger.”

But diversity brings its challenges. In nearby Murfreesboro, Tenn., there was a fierce debate over whether Muslims should be allowed to build a new Islamic community center and mosque. In 2009, the state considered, but ultimately voted down, an English-only ballot measure. Anti-Sharia bills have also been considered by the state legislature, although none have been approved. Variations of those bills are still being pushed.

Dean said Nashville wanted to set a different tone. The city has established programs to reach out to immigrants. “We decided we were going down a path of inclusivity and welcoming.”

Nashville’s Metro Human Relations Commission provides oversight on civil rights compliance, gives policy advice to local officials and works to resolve conflicts so that lawsuits can be avoided. Commission executive director Melody Fowler-Green admits, when it comes to relations with Muslims, at times, “it’s been a rough road for us in Middle Tennessee.”

She says her commission has made “building bridges” a top priority. And she says the interfaith community has been instrumental in that work.

“But for the faith community, Nashville would not be seen as the open and inclusive place that it is,” said Fowler-Green.

One interfaith project we heard about is the Sons and Daughters of Abraham Project, which brings young people of different faiths together to foster mutual understanding. One of the founders is Rev. Elizabeth Carpenter, who grew up in the Deep South and did not participate in the civil rights movement. After 9/11, she was disturbed by some of the anti-Muslim rhetoric she was hearing. “I know racism when I see it,” she told us. “I wasn’t going to sit on the sidelines again.”

Rashed Fakhruddin, president of the Islamic Center of Nashville (which was co-founded in 1979 by singer Cat Stevens, a convert to Islam) told us people in Nashville accept Muslims. “We work together. We are a big part of this community,” he said.

Still, tensions remain, especially around the issue of extremism. Several recent press reports have suggested that Tennessee is a hotbed of Islamic radicalization. Many of the local Muslims who met with our group acknowledged that ISIS is trying to recruit young Muslims here (and everywhere) with slick videos and a strong social media campaign. Yet they were also quick to point out that across the nation, only a tiny percentage of American Muslims—about 100—have actually left to fight with ISIS. (Watch Religion & Ethics NewsWeekly coverage of how the Muslim community is combating radicalization.)

The American Muslim Advisory Council here is consulting on a new federal program to “off-ramp” those on a path toward radicalization. But there are differences within the Muslim community over how to address the issue. Many in our group were surprised to hear one Muslim leader answer a question about combating extremism by saying, “I don’t think we have a problem with radicalization in this city. It’s the opposite—a problem with apathy, people moving away from Islam.”

Clearly, several of those we heard from are frustrated by so much attention to the issue. Sabina Mohyuddin, a co-founder of the Sons and Daughters of Abraham Project, said: “One question Muslims ask is why are you targeting Islamic extremism? Why single out Muslims? More people are killed by other kinds of extremists.” 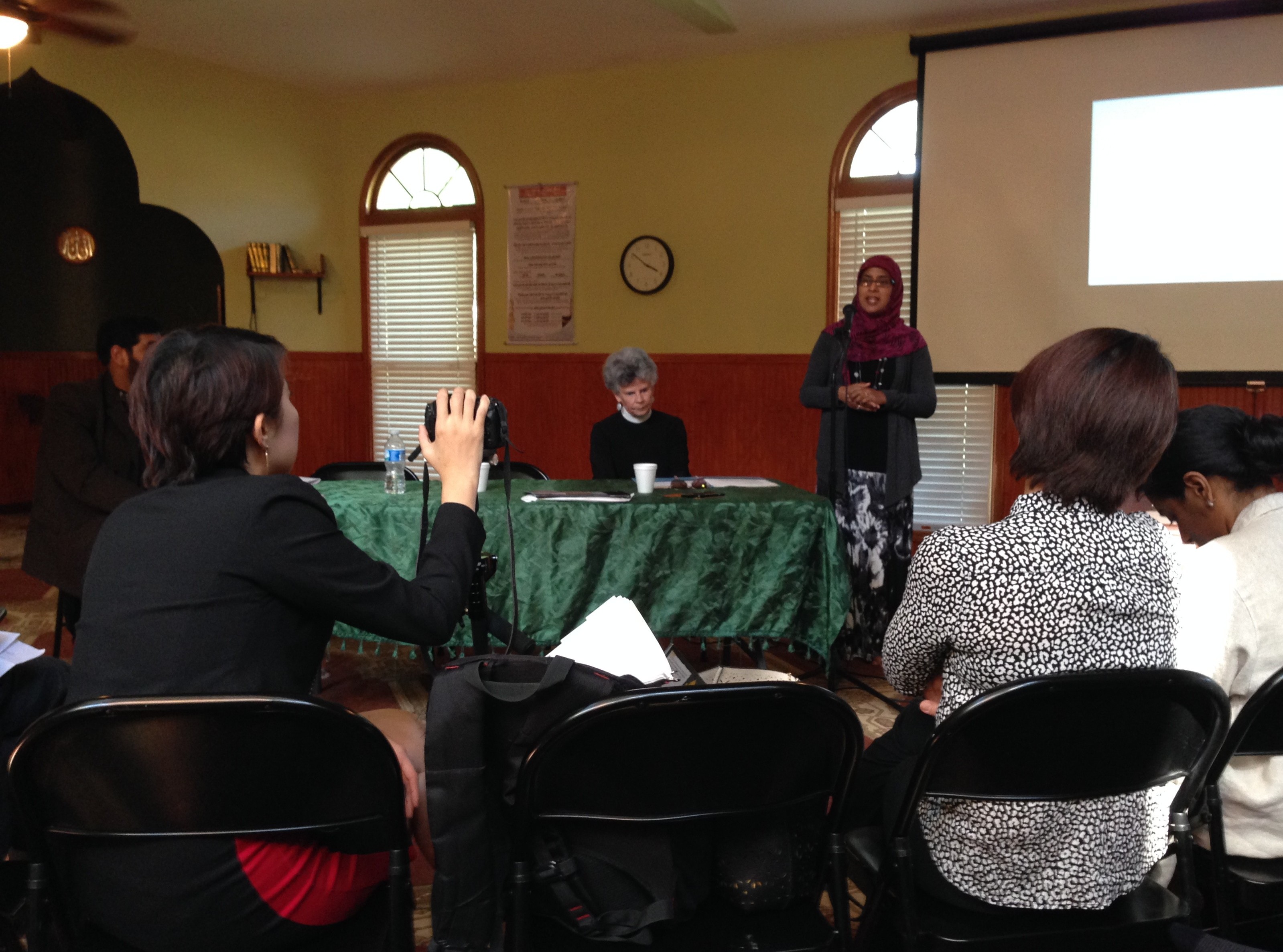 , president of the Faith and Culture Center, knows this all too well. In 2008, his Islamic center in Columbia, Tenn. was firebombed by white supremacists. He said it was a horrible time. But he went on to describe how neighbors from many faiths rallied around them.

“My sense of community was redefined. It became those people who stood with us when we needed it,” he said.

Indeed, despite the challenges, all of the Muslims we met with were committed to building their community here. I was especially struck by the comments of Mohyuddin, who talked about the concerns many American Muslims feel whenever there are reports about bad actions perpetrated in the name of Islam.

“You’re always on edge,” she said. “What will be the backlash?”

Mohyuddin said after 9/11, the situation for American Muslims was especially tenuous: “Some asked, where should we go? What Muslim country?” But she added, “once you realize the freedom here to practice Islam, you can’t imagine going somewhere else.”