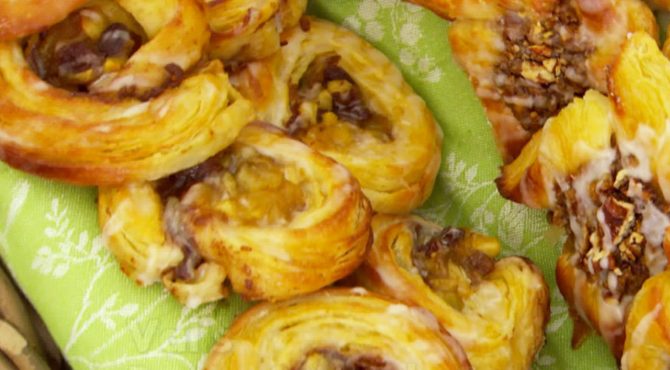 The classic flavor of apples and cinnamon are joined by orange and vanilla in a rich, buttery Danish pastry. This apple, sultana and cinnamon swirls recipe is featured in Season 4, Episode 5.

For this recipe you will need a piping bag fitted with a plain nozzle. Note: This recipe contains U.K. measurements and may require conversions to U.S. measurements. It has also not been professionally tested.
Tags: Baking Recipes, britishbakingshowrecipes, Contestant Recipes
Presented by: