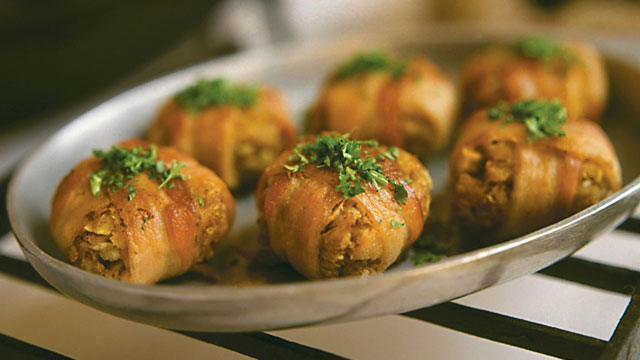 In colonial times, it was generally believed that American chestnuts were sweeter and of a higher quality than their European cousins. Yet another free food that literally grew on trees and seemingly fell from the sky in abundance, chestnuts were used equally abundantly by colonial cooks who prized them for their ability to last through the winter. While they were chiefly featured in sweet dishes and desserts, they were also commonly used in savory preparations, like soups, stews and stuffings.

Notes from Chef Staib: Giant chestnut trees once filled East Coast forests and provided builders with exquisite hardwood and everyone with delicious nuts.
Support for this program provided by: