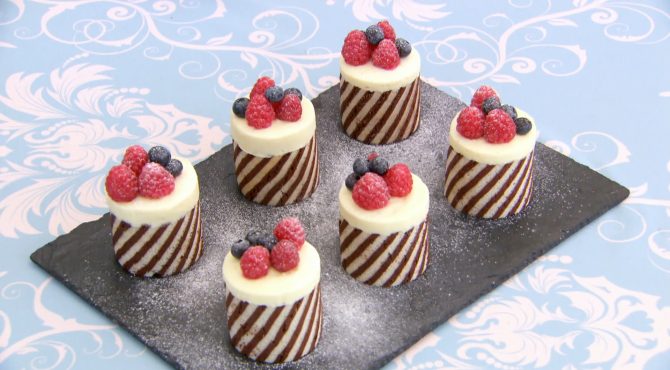 This double chocolate mousse entremets recipe is Mary's interpretation of the showstopper challenge in the Patisserie episode of Season 1 of The Great British Baking Show. It is explained in further detail by Mary in Season 1 Masterclass: Part 4.

Note: This recipe contains U.K. measurements and may require conversions to U.S. measurements. It has also not been professionally tested.
Tags: Baking Recipes, britishbakingshowrecipes, Chocolate Recipes, Masterclass Recipes
Presented by: