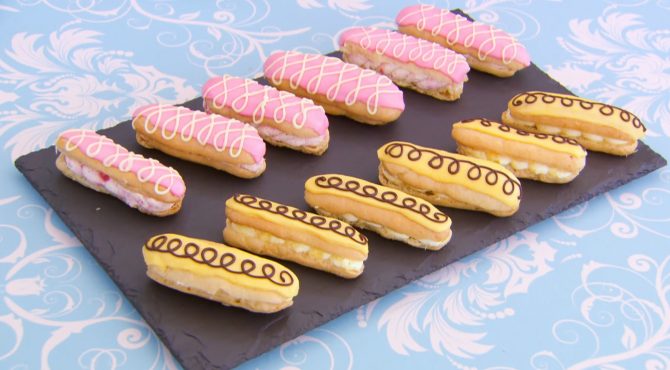 This lemon and raspberry éclairs recipe is Mary's interpretation of the signature challenge in the Pastries episode of Season 1 of The Great British Baking Show. It is explained in further detail by Mary in Season 1 Masterclass: Part 4.