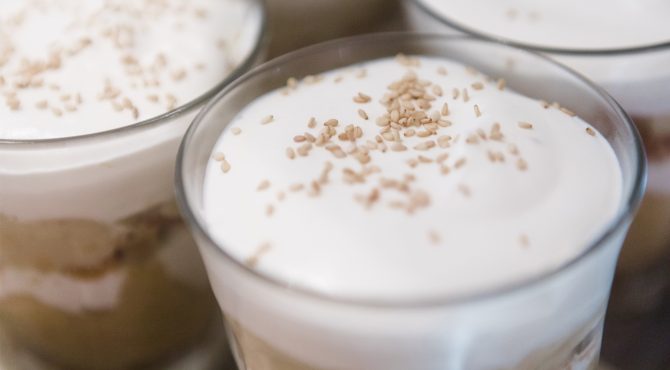 Pawpaws are a little-known fruit with the redundant name. For the most part, they grow wild from Maryland to Missouri and Indiana to Alabama from mid-August through the end of September. Also known as the “hillbilly mango,” the pawpaw has a funky, sweet taste reminiscent of mangos, bananas and other tropical fruit. In the “A Chef’s Life” series finale, Vivian was inspired to create a pawpaw version of banana pudding.

First things first: procure some pawpaws, skin and deseed them (which is easier said than done). If the fruit has been refrigerated or frozen and defrosted, the process is less tedious. To make one cup of pawpaws, you'll need to blitz the pulp of about one pound of the fruit in a food processor. If you would like to buy frozen pulp, it is available online. If you’d like to buy pawpaw trees to plant, check out Full of Life Farms, a nursery in Pittsboro, N.C. To buy benne seeds, check out Anson Mills, the Columbia, S.C.-based company dedicated to the preservation of heritage grains.
Presented by: