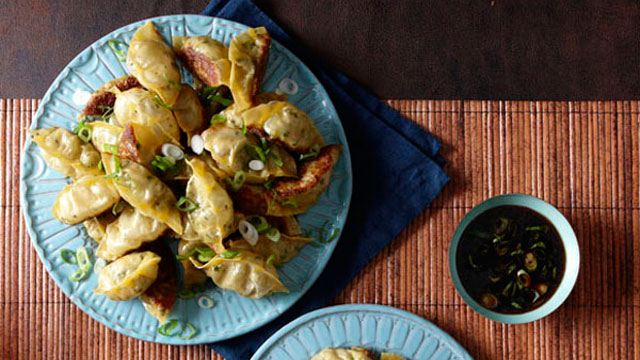 Homemade dumplings are easier to make than you think, especially since you can buy the wrappers. When the dumplings are steamed and browned, like these are, they are also called pot stickers.